The travel chaos caused by Iceland’s volcano improved slightly today in Egypt. “Out of a scheduled 18 flights to and from Europe, only eleven were canceled today,” said Islam Mortada of Cairo International Airport’s information desk.
The confirmed flights were to and from Barcelona, Madrid, Rome and Catania. Finding flights to Germany, France and Britain, however, still remains out of the question.
Nevertheless, the recent flights to southern Europe served to ease the situation at Cairo airport.
For the past three days, Cairo’s old airport has teemed with passengers waiting for an available flight to their respective destinations. As of today, however, most of these had left. “This place was full of sleeping foreigners, but today they’re gone,” said airport worker Mostafa Ahmed.
Gabor Bandur, a 25-year-old Hungarian national, came to Cairo for holiday with his fiancee. They had been scheduled to leave Cairo today to Budapest via Rome. Airline officials asked the couple to fly to Rome before taking a train to Budapest at their own expense. “But we don’t have the money to buy train tickets and my fiancé has an important exam tomorrow,” Bandur told Al-Masry Al-Youm.
Beruaslette Gallas, a 67-year-old French citizen, was en route to Paris from Japan when Iceland’s erupting volcano began grounding air traffic. On her departure day from Japan, her flight was canceled and she–along with the rest of her tour group–had to sleep at the airport for two nights. “Sleeping at the airport was better than expected–but for one night and no longer,” said Gallas.
She had to stay another two days in Cairo to wait for her scheduled flight to Madrid–but this time, she is staying at a hotel. “The travel agency has refused to pay for anything, so I had to foot the bill,” she told Al-Masry Al-Youm.
Airlines do not pay for passengers’ accommodations in such cases. “Airlines say they are not responsible for paying for that,” said Gallas.
Travel agencies, by contrast, are paying for accommodations in most cases. “Seventy percent of travel agencies keep their guest at the same hotel and pay their extra expenses,” said Ramy Soliman, a tour coordinator at travel agency Abercrombie & Kent.
Iceland’s volcanic eruption began on 20 March beneath the Eyjafjallajokull glacier in the country’s south, blowing a hole in the ice. This week, volcanic ash began permeating the skies over Europe.
While not easily seen, the ash–which consists of tiny particles of rock, sand and glass–can represent a serious threat to airplane engines. 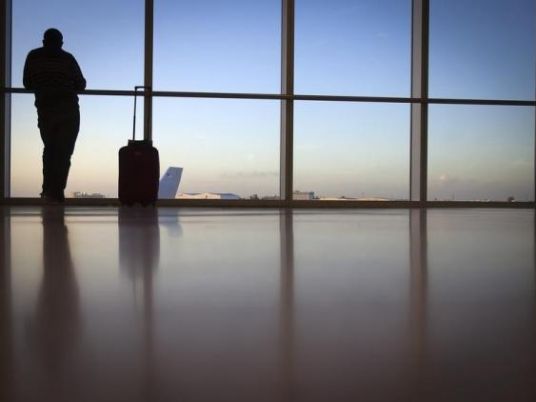