Egyptian singer Amr Diab’s new album “Kol Hayati” (All My Life) is likely to be released to markets in September of this year, after the album’s singles topped Egypt’s iTunes and Apple Music charts.

Diab’s latest single, “Hadded”, was the most active video on Egyptian YouTube in the two weeks since August 15.

On Thursday, Diab will hold a concert in Golf Porto Marina in the North Coast – with an expected attendance of about 30,000 fans – to celebrate the new songs. 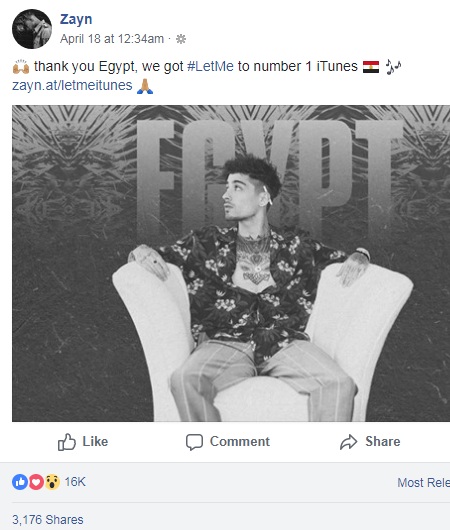 Zayn Malik thanks Egyptians for ranking his song first on iTunes

Apple is allegedly shutting down its iTunes application