Sudanese President Omar Hassan al-Bashir arrives in Cairo on Wednesday in a show of defiance after the International Criminal Court (ICC) indicted him on accusations of war crimes in Darfur.
Al-Bashir risks arrest when he leaves Sudan because of the warrant issued for him by the Hague-based court this month, and Sudanese Islamic scholars have warned him not to travel to an Arab summit in Qatar at the end of March.
But he is unlikely to face arrest in Egypt, which has close ties with its Sudanese neighbour and has called on the UN Security Council to suspend the ICC warrant.
“It is confirmed. There is a visit tomorrow,” said Mohamed Adam Mohamed Suleiman, assistant press attache at the Sudanese embassy in Cairo, adding al-Bashir would discuss developments surrounding the ICC ruling with Egypt’s president, Hosni Mubarak.
Al-Bashir’s visit to Cairo will be his second foreign trip since the ICC indictment. He visited Eritrea on Monday.
Egyptian officials could not confirm the visit, but did say Mubarak would host an unnamed foreign visitor on Wednesday.
Suleiman said that Sudanese Foreign Minister Deng Alor, Presidential Affairs Minister Bakri Hassan Saleh, and the head of Sudanese intelligence would accompany al-Bashir. He was due to arrive in the late morning, and would have lunch with Mubarak.
International experts say at least 200,000 people have been killed and more than 2.7 million driven from their homes in almost six years of ethnic and political fighting in Darfur in western Sudan. Khartoum says 10,000 people have died.
The Darfur conflict flared when mostly non-Arab rebels took up arms against the government, demanding better representation and accusing it of neglecting the development of the region.
The Sudanese government said shortly after the ICC decision that Bashir would defy the arrest warrant by travelling to the Arab summit in Doha–and later confirmed the visit by formally accepting an invitation from the Qatari government.
But a series of Sudanese officials have released statements raising questions over the wisdom of the trip, prompting speculation they were preparing to send another representative instead.
On Sunday, Sudanese state media said Islamic scholars had advised the president not to travel to Qatar. A trip to Qatar is viewed as more risky for Bashir than a visit to Egypt or Eritrea because it involves travelling through international airspace.
Sudan also called in the French ambassador last week to demand an explanation of media reports that France would back the interception of any plane carrying Sudan’s president abroad, a French diplomatic source said. Sudanese foreign affairs spokesman Ali al-Sadig has said Khartoum is satisfied that the French official named in the reports was misquoted.
The Arab League and African Union, backed by China and Russia, have called on the Security Council to use its power to suspend the ICC indictment. The US, Britain and France have said they see no point in halting his prosecution. 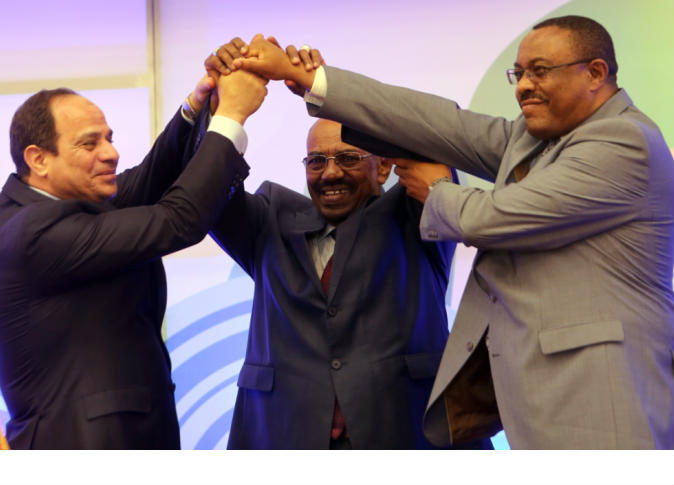