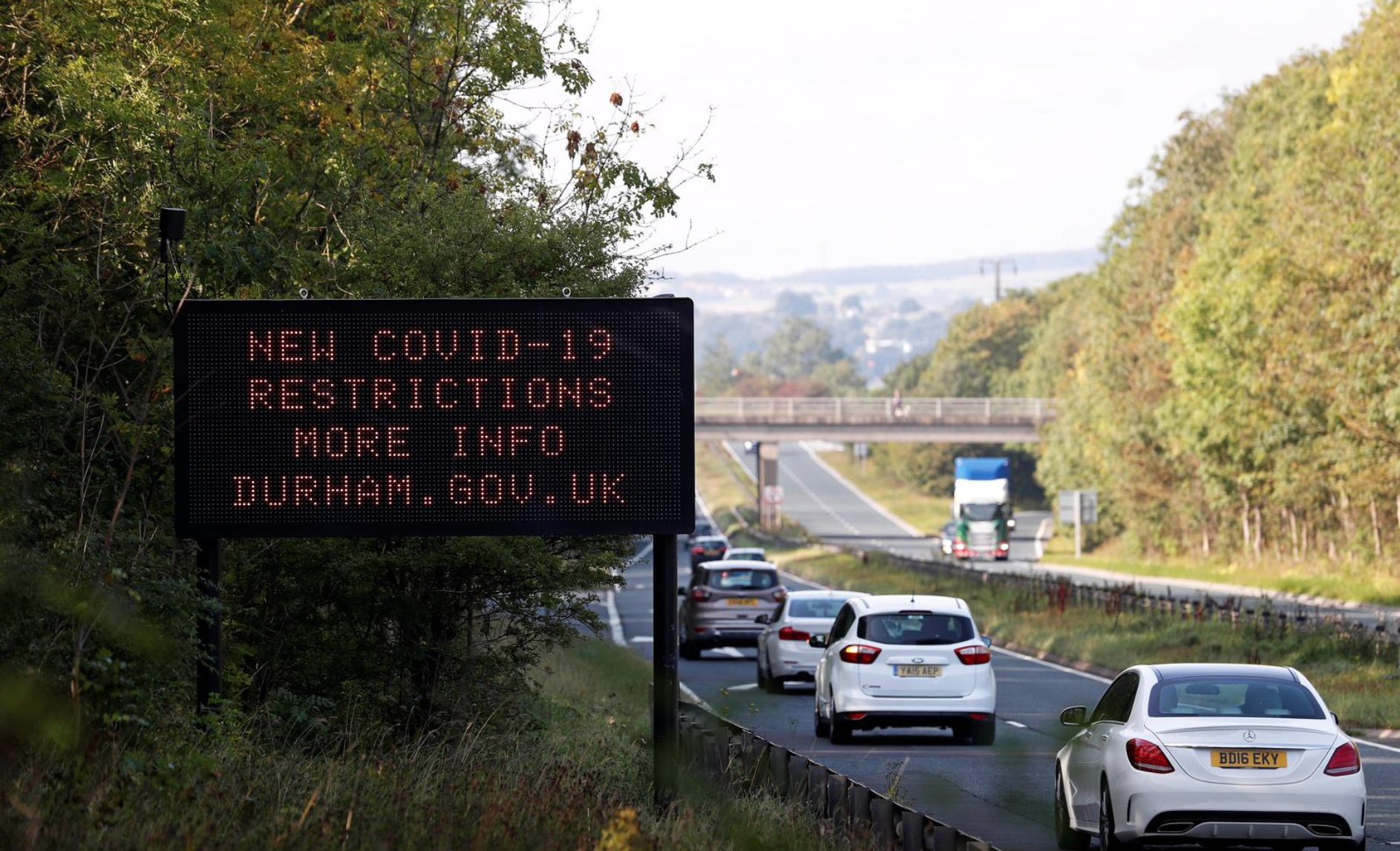 LONDON (Reuters) – Britain’s health minister said on Friday that the novel coronavirus was accelerating across the country, with hospital admissions doubling every eight days, but refused to say if another national lockdown would be imposed next month.

The United Kingdom has reported the fifth largest number of deaths from COVID-19 in the world, after the United States, Brazil, India and Mexico, according to data collected by Johns Hopkins University of Medicine.

Asked repeatedly by Sky News about the prospect of a second national lockdown next month, Health Secretary Matt Hancock said that a lockdown was a last resort, but that the government would do whatever it takes to tackle the virus.

“The number of people in hospital is doubling every eight days or so … we will do what it takes to keep people safe,” Hancock said. “We keep these things under review.”

Asked about a second lockdown, he said: “I can’t give you that answer now.”

COVID-19 cases started to rise again in Britain in September, with between 3,000 and 4,000 positive tests recorded daily in the last week. This is still some way behind France, which is seeing more than 10,000 new cases a day.

On Thursday, Britain recorded 21 deaths from the disease, taking the total under the government’s accounting method to 41,705. Key statistics on the prevalence of the virus are due later on Friday.

More than 10 million people in the United Kingdom are already in local lockdown and the London Evening Standard said figures due for release on Friday will show a sharp rise in COVID cases in London, putting Britain’s capital at risk of restrictions on socialising over the next two weeks.

Prime Minister Boris Johnson was criticised by opposition politicians for his initial response to the outbreak and the government has struggled to ensure sufficient testing in recent weeks.

Asked by LBC radio why the testing system was such a “shambles”, Hancock said Dido Harding, who is in charge of the system, had done an “an extraordinary job.”

A COVID-19 test known as DnaNudge that gives results in just over an hour and which requires no laboratory was accurate in almost all cases, according to an academic review in the Lancet.

“The critical thing in terms of usefulness is that the machine doesn’t need to be in a lab – it is about the size of a shoebox – therefore you can put one say in an A&E department and they can know whether people coming in have got the coronavirus or not,” Hancock said.

Photo: A public health information message is pictured beside the road approaching the city centre of Durham, amidst the spread of the coronavirus disease (COVID-19), in Durham, Britain September 18th, 2020. REUTERS/Lee Smith