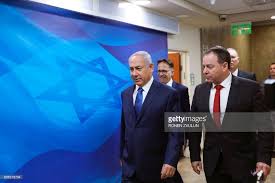 Saudi Arabia’s stock market fell in early trade on Sunday after Crown Prince Mohammed bin Salman moved to consolidate his power and crack down on corruption with a cabinet reshuffle and a string of detentions of prominent figures.

The Saudi equities index .TASI was down 1.0 percent after 25 minutes of trade as declining stocks overwhelmed advancers by 155 to 15. Investment firm Kingdom Holding 4280.SE, owned by billionaire Prince Alwaleed bin Talal, who was one of those detained, plunged 9.9 percent.

However, much of the market escaped panic selling and some blue chips were little changed, with top petrochemical producer Saudi Basic Industries 2010.SE down only 0.2 percent.

Analysts said the news worried the stock market because businessmen implicated in the probe might end up having to sell some of their equity holdings, which could temporarily at least weaken prices. New investment in the market by the businessmen could shrink.

However, they said local investors might ultimately welcome the prospect of Prince Mohammed increasing his power and reducing uncertainty about his authority. Economic reforms such as privatization and development projects could potentially now move faster.