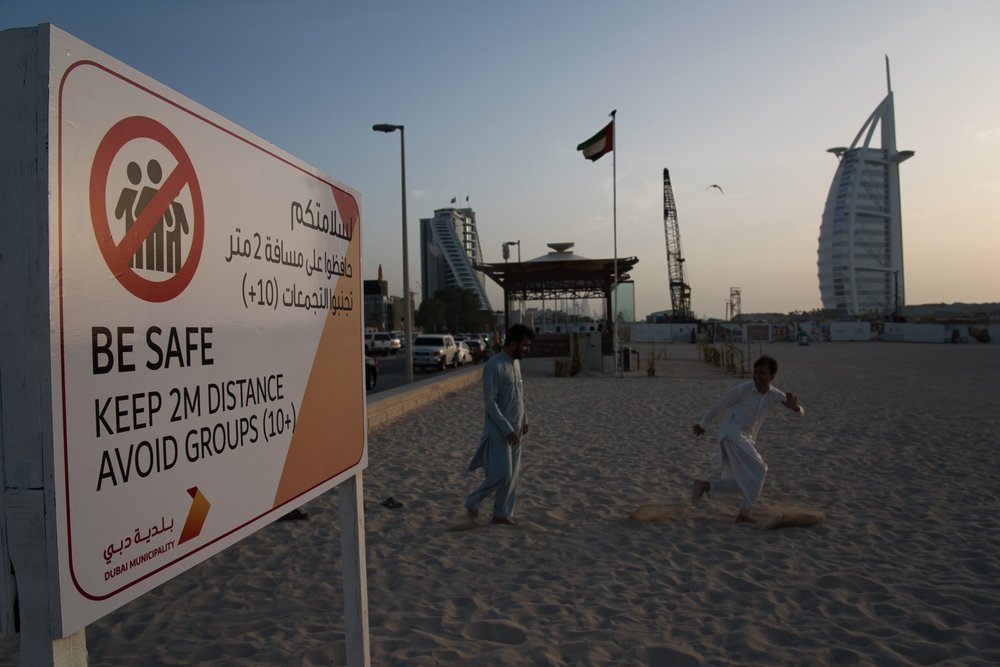 RIYADH/DUBAI (Reuters) — Saudi Arabia on Tuesday reported its first death from the coronavirus, a 51-year-old Afghani resident, while the United Arab Emirates’ main airports in Dubai and Abu Dhabi said they would temporarily suspend all passenger flights from Thursday.

Saudi Health Ministry spokesman Mohammed Abdelali told a televised news conference that the fatality occurred on Monday night in Medina, where the man’s health had deteriorated quickly after reporting to the emergency room.

It recorded 205 new infections on Tuesday, bringing the total in the six-member Gulf Coordination Council to more than 2,100, mostly in Saudi Arabia and Qatar. Six people have died: three in Bahrain, two in the UAE and the latest in Saudi Arabia.

Kuwait, which has also imposed a curfew, arrested and will deport nine expatriates for violating the curfew, state news agency KUNA said.

The UAE, the region’s tourism and business hub and a major air transit centre, has followed other Gulf Arab steps in trying to curb the spread of the virus, urging people to stay at home, but not announcing an official curfew or suspending work.

The UAE, with 198 infections, had said early on Monday it would suspend all passenger flights after 48 hours and close malls, commercial centres, restaurants, cafes and open retail food markets for two weeks starting Wednesday.

But the latest announcements from Dubai Airports and Abu Dhabi Airport said the halt in passenger flights, including transit flights, would start as of 11:59 pm local time on Thursday. Evacuation flights and cargo services continue.

Major carriers Emirates [EMIRA.UL] and Etihad Airways have said they would halt passenger flights as of Wednesday and temporarily cut staff wages.

The suspensions are likely to add more economic pressure on Dubai, which does not have the oil and gas wealth of the capital Abu Dhabi.

Some stores at malls in Dubai, a major regional shopping destination, were shut ahead of the Wednesday closure deadline.

“This is a global problem. I don’t know why they haven’t closed (earlier),” said an employee.

Oman, with 84 coronavirus cases, announced it was suspending all domestic and international flights as of March 29, except cargo operations and flights to Musandam, an Omani enclave inside the UAE, according to state TV.

Image: Two laborers play tag near a sign warning people to maintain a distance from each other over the outbreak of the new coronavirus in front of the sail-shaped Burj Al Arab luxury hotel in Dubai, United Arab Emirates, on Friday, March 20, 2020 (AP Photo/Jon Gambrell)