Arguments erupted between motorists and workers blocking the road as policemen attempted to persuade them to allow traffic to pass.

Workers’ demands include proper guarantees for temporary workers and an urgent plan to employ them on a permanent basis, withdrawal of confidence in the company's chairman and the general assembly, as well as proper medical care provisions and equal treatment of all workers at Rose al-Youssef.

The Shura Council's decision not to pay a subsidy usually allocated to the institution has also stoked anger at the newspaper. 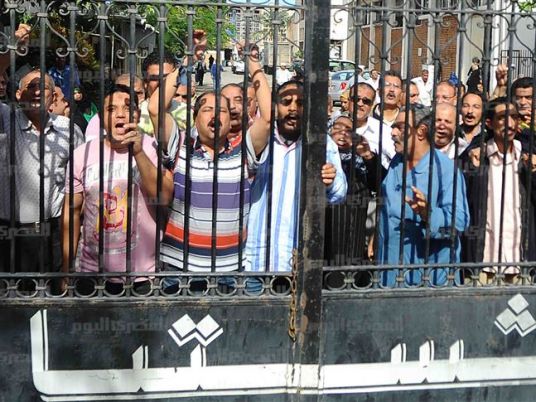