The Cairo International Film Festival lowered the curtain at the Cairo Opera House Friday night and Egypt Independent reveals film critics’ opinions on the pros and cons of the festival’s 37th edition.

This year, the festival ran from November 11 to November 20 and featured more than 100 films from 60 countries.
Egyptian film selection
Usually, only one or two Egyptian films make their debut at the festival. This year, in an unprecedented move, seven Egyptian films were scheduled to participate in the festival’s various sections.
Two feature films, “Men Dahr Ragel” (Born to a Man) directed by Karim Al-Sobky and “Al-Leila Al-Kabira” (The Grand Night) directed by Sameh Abdel Aziz, competed in the International Competition.
But both Egyptian films left the festival empty-handed after “Mediterranean”,  directed by Jonas Carpignano, won the Golden Pyramid Award (the prize for best film).
Despite the high turnout for both Egyptian film screenings, film critic Nader Adli said, “The films’ story lines failed to introduce out-of-the-box themes that add to the local film market.”
“Men Dahr Ragel” focuses on bullying and violence which is a half-baked idea, Adli said, that has been presented tens of times previously by the same production company run by Al-Sobky.
“Men Dahr Ragel”, starring actors Asser Yassin and Mahmoud Hamada, revolves around a young man who loves boxing and wishes to become a famous boxer. As he reaches for his dream, he faces many obstacles and discovers that his father and role model is a drug dealer. 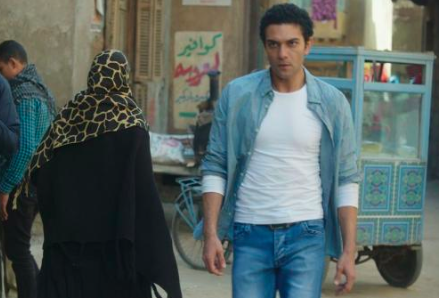 Actor Asser Yassin plays the role of a boxer in "Men Dahr Ragel."
As for “Al-Leila Al-Kabeira”, director Sameh Abdel Aziz and scriptwriter Ahmad Abdallah just wanted to make a trilogy after “Cabaret” and “Al-Farah” (The Wedding) were released in 2008 and 2009, respectively, Adli explained adding that there was “nothing new worth-watching in their third film.”
The same popular neighborhood that was used in the previous two films was the setting for this movie, in addition to the same dramatic technique of recounting one-scene stories that feature throughout the film.
Adli criticized the film, saying the festival’s administration should have paid more attention to innovative ideas and promising talent which, according to his point of view, were fulfilled in “Hadya Men Al-Mady” (A Gift from the Past).
The 78-minute film was directed, written and produced by 23-year-old Kawthar Younis and was showcased in the Special Screenings section.
“Hadya Men Al-Mady” recounts the story of Mokhtar, a cinema professor, who receives an unexpected present on his 75th birthday from his daughter Kawthar, a filmmaker in her early 20's. Two plane tickets for Rome are organized, allowing him another chance to meet up with his lost love Patrizia, whom he encountered during his studies abroad 30 years before.
“The film has a seamless plot of joy and surprise,” film critic Magda Morris said, describing the film as “an incredible idea about tolerance and love which the Egyptian cinema has been lacking for years.”
Adli agreed, saying that “Hadya Men Al-Madi" would have been a better choice for the International Competition than the selected films, adding that part of the festival’s role is to unearth latent talent and present Egypt with a different perspective, away from bullying and ignorance. 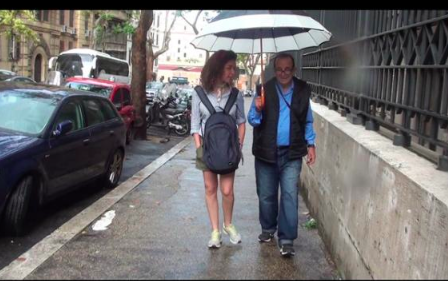 Director and producer Kawthar and her fatherMokhtarin "Hadya Men Al-Madi."
Film variety
This year’s edition witnessed the lowest participation rate from Arab countries since the festival’s founding, according to Adli. Only seven films were showcased in the Horizons of Arab Cinema, an independent program on the sidelines of the film festival.
At the other end of the spectrum, the festival put strong emphasis on French and francophone films, which left the audience with a limited variety to choose from.
Adli explained that the festival’s penchant for French-language films came as a result of the professional background and extensive experience of Magda Wassef, renowned Egyptian film critic and the festival’s new president, who has chaired the Arab Cinema Festival in Paris since 1992. 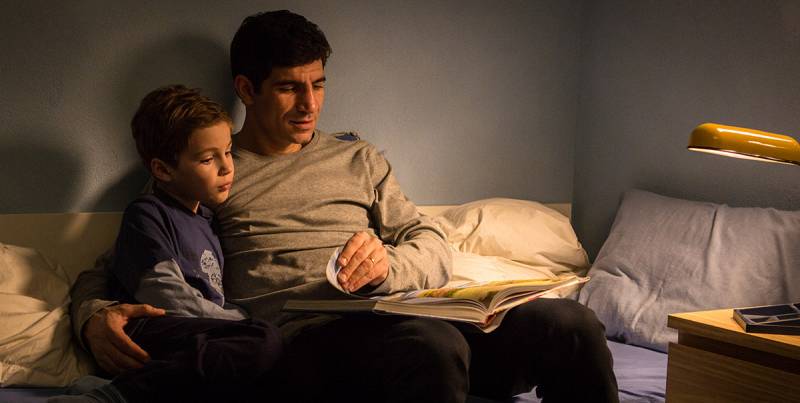 A scene from the Romanian and French film "The Treasure" directed by Corneliu Porumboiu.
However, an increasing number of films—made by Eastern Europe countries—participated in the International Competition this year, including “Our Everyday Life”, “The High Sun” and “The Treasure.”
This was a well-chosen decision from the festival’s administration, according to Morris, as Eastern Europe countries are perceived as an emerging global film market that embraces promising directors and scriptwriters.
Morris added that she believes we need to see more experimental and biographical films in the festival's upcoming editions, such as “He Named Me Malala” which was screened in the Special Screenings section this year.
“Film festivals, undoubtedly, play a crucial role in raising the audience’s awareness—whether social, political, cultural, or moral—through the selected films,” Morris explained.
“Hence, biographical films give a tremendous motivation to the audience. They watch normal, real people like themselves who were able to face challenges and accomplish achievements.” 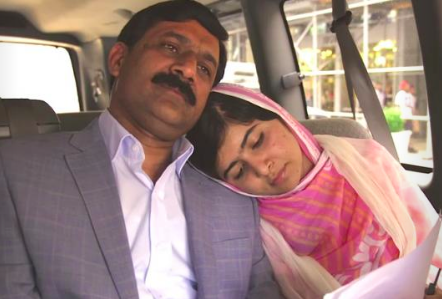 A scene from the biographical film “He Named Me Malala” directed by Davis Guggenhein.
Punctuality:
This year, the festival succeeded in abiding by the films' showtimes and dates, in accordance to the schedule.
“Over the past years, the festival’s administration didn't used to display the films on time or changed the showing date without prior notice,” Adli said.
“Punctuality was obviously applied last year and this year as well, which made the audience keen on coming earlier to find good seats.”
Cinema location
All of the festival's films were displayed to the public at the Cairo Opera House. The movie-screening equipment in the opera's seven halls underwent a LE1 million renovation last year in an effort to provide one venue for all the films.
Nevertheless, according to Morris, the festival’s administration should coordinate with cinema complexes in Cairo and other governorates to screen the films along with the opera house in an effort to reach a wider audience.
“The festival provides a great opportunity for the Egyptian audience to explore foreign cultures other than what the American and local film industries have offered for years,” Morris said.
“Accordingly, we should facilitate opportunities for people who live far away from the Cairo Opera House to experience these valuable films.”
Adli echoed the sentiment saying, “International film festivals abroad normally provide different movie theater locations across the country. It is tough for the audience to come from 6th October city and Nasr City to watch a film due to traffic congestion and transportation costs.”
Tags
37th of Cairo International Film Festival Al-Leila Al-Kabira Magda Wassef Men Dahr Ragel Yasser Yassin 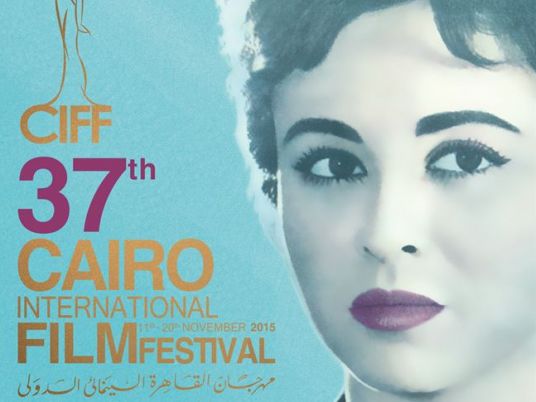 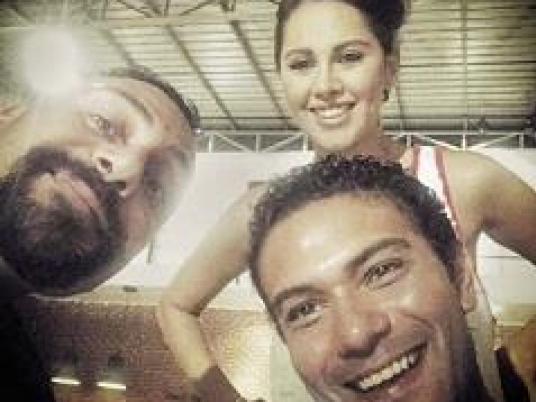