Next to the rusting shell cases outside Misrata's museum of Libya's 2011 uprising is a new addition: a scaffold used by Islamic State in Sirte to display bodies of executed prisoners, mounted on a would-be suicide bomber's captured truck.

Five years after Misrata's fighters killed Muammar Gaddafi in Sirte, his home city, they are on the verge of ending another campaign there, this time against Islamic State militants who controlled the city for a year.

The battle has been costly and drawn-out. Many Misratans, who form one the strongest of the rival military forces to emerge after Gaddafi's overthrow, say they are tired of war.

But defeating Islamic State in Sirte, about 230 km (140 miles) southeast of Misrata along the Mediterranean coast, will leave their city far from secure. Other enemies remain, and some Misratans are ready to fight again if pushed.

In early September, with the war in Sirte already approaching its end, eastern commander Khalifa Haftar seized some of Libya's major oil ports, one just 200km east of Sirte.

It was a challenge to the U.N.-backed Government of National Accord (GNA) in Tripoli that is trying to unite competing armed groups. Misrata has supported the GNA; Haftar rejected it.

"We are trying to avoid war, but Haftar is not clear and his intentions are not clear," said Ibrahim Baitulmal, the head of Misrata's military council. "Sometimes war is imposed on us, and when the enemy approaches, you have to defend yourself."

Just two years ago, Misrata was the power base for Libya Dawn, an Islamist-leaning alliance that prevailed against forces aligned with Haftar in a battle for control of Tripoli.

The conflict left Libya with two competing sets of governments in the capital and the east, and eastern authorities later named Haftar, a former Gaddafi ally, to head their forces.

Haftar waged a military campaign in Benghazi against an alliance of Islamists and other opponents that Misrata supported. Misrata swung its support behind the U.N.-brokered deal that resulted in the GNA, and has provided security for the new government in Tripoli since its arrival in March.

Misrata's brigades began the campaign in Sirte after Islamic State advanced north-west towards their city in May.

Though the operation has been supported by small teams of Western special forces, and since Aug. 1 by U.S. air strikes, Misratans say they feel abandoned.

A large majority of fighters are from Misrata itself. Many lack training and equipment, and casualty rates have been high, with more than 560 fighters killed and at least 2,750 wounded.

Misrata businessmen have made donations, and hundreds of women prepare food each day to be driven in to Sirte.

"We have been alone in this battle," said Mustafa Ben Haiba, a 46-year-old police employee who lost two of his seven sons in 2011 and another in Sirte in June.

The campaign in Sirte is nominally under the GNA's command, but the government, which has struggled to establish its authority, has been slow to provide support.

Officials in Misrata say the fight against Islamic State has improved relations with residents of Sirte and the inland town of Bani Walid, both bastions of Gaddafi support that Misrata rebels attacked during 2011.

This is part of a broader push for reconciliation that included a recent deal to allow the return of residents to Tawergha, another inland town, which was destroyed and emptied in 2011 after Gaddafi forces used it as a base.

There have also been prisoner exchanges with the western pro-Haftar town of Zintan, said Ali Abusetta, a member of Misrata's municipal council.

He does not exclude a rapprochement between east and west but, like many in Misrata, he suspects that Haftar wants to become the country's military ruler.

Both Abusetta and Baitulmal said Misrata would respond if Haftar's forces advanced further west or tried to keep oil revenues for themselves. But there is little confidence that the GNA and its Western backers would come to Misrata's defence.

Ziad Bellam, a brigade leader from Misrata, pointed to Egyptian and Emirati support for Haftar, and the presence of French special forces who worked alongside the eastern commander's troops.

"If they want Haftar, it's strange that they helped us overthrow Gaddafi," he said. 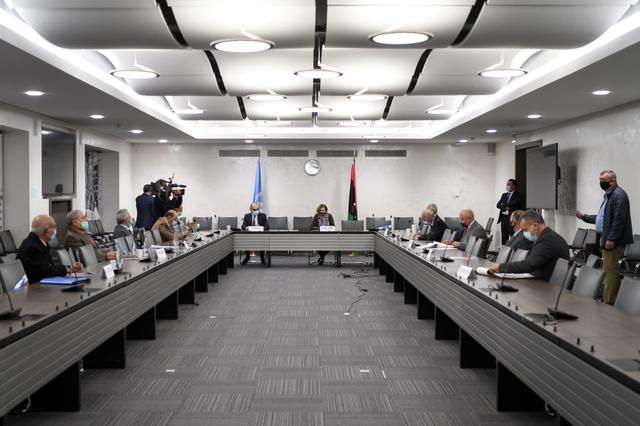 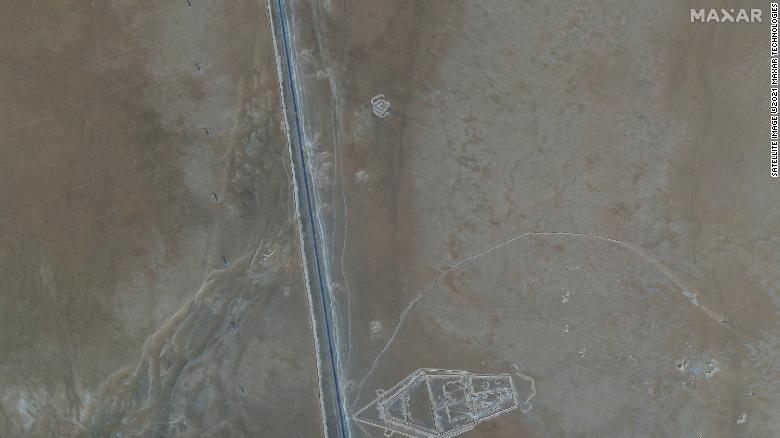 Foreign fighters were meant to leave Libya this week. A huge trench being dug by Russian-backed mercenaries indicates they plan to stay