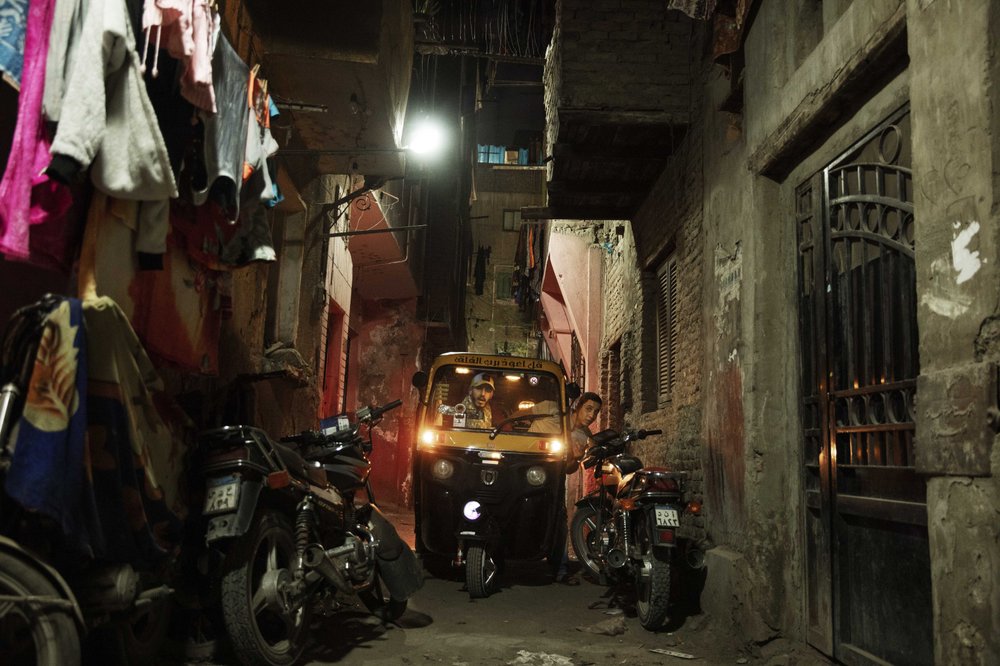 CAIRO (AP) — Motorized rickshaws known as tuk-tuks have ruled the streets of Cairo’s slums for the past two decades, squeezing through dusty alleys, dodging trash bins and fruit stands, blaring rhythmic electro-pop and navigating the city’s chaos to haul millions of Egyptians home every day.

Now the government is taking its most ambitious stand yet again against the polluting three-wheeled vehicles: in a push to modernize the country’s neglected transport system, it plans to replace tuk-tuks with clean-running minivans.

“This is for the health and safety of all Egyptians,” said Khaled Kassem, the spokesperson for Egypt’s Ministry of Local Development, which is spearheading the initiative. “We’re creating a more beautiful image of our country.”

The state had long turned a blind eye as tuk-tuks became part of the fabric of life in Cairo’s vast informal settlements.

The new plan requires that drivers sell their tuk-tuks for scrap and take loans to buy new minivans — or risk fines and even prosecution. It has raised fears that the poorest Egyptians, already squeezed by economic austerity measures, will shoulder the bulk of the burden.

“I’d rather work as a thief than pay for this minivan,” said Ehab Sobhy, a 47-year-old who earns 130 pounds, about $8, a day plying the densely-packed district of Shobra in his weathered black-and-yellow tuk-tuk, sporting a decorative Islamic sticker in place of a license.

“If they take this away … how is my family going to eat,” asked Sobhy. Even with a government loan, he said he wouldn’t be able to afford the 90,000 pounds he estimates he’d need for the new minivan.

“They’ll bring money to the banks, all at the expense of the people,” declared Mohammed Zaydan, a 52-year-old father of five who started driving a tuk-tuk after struggling to find work as a painter. “If they ban the tuk-tuk, they trample on the poor.”

Former President Hosni Mubarak’s government tried to stem the tide of tuk-tuks, banning them in most of Cairo’s affluent neighborhoods but it also allowed tuk-tuk parts to flow from South Asia to Egypt, where auto manufacturers legally assembled and sold the unlicensed vehicles.

It was a classic example of the state’s contradictory approach toward the informal economy, which accounts for as much as 50% to 60% of Egypt’s GDP, according to the International Labor Organization.

“Because of its limited capacities, the state lives with deeply embedded informality,” or do-it-yourself infrastructure, like unauthorized housing, which saves the government from providing mass services to the poor, said Amr Adly, a Cairo-based political economy expert.

The business exploded, with rickshaws becoming especially popular with disabled people, the elderly and women who want to avoid harassment at crowded bus stops.

But that could soon change.

Now President Abdel Fattah al-Sissi’s government, which has spent the past five years trying to revamp Egypt’s image, is taking aim at the unregulated vehicles.

Last year, it passed a traffic law requiring that all new buyers license their tuk-tuks. Ghabbour Group, the country’s largest auto producer, was hard hit, its tuk-tuk sales dropping by 60%.

In September, Prime Minister Mostafa Madbouly announced a sweeping plan to phase out tuk-tuks in 20 governorates, swapping them for seven-seater gas-powered minivans. The proposal, offering drivers a payoff period of up to five years, bars all tuk-tuks from cities and main roads but allows new and licensed tuk-tuks to continue operating in narrow alleys and rural villages.

Egypt’s finance and military production ministries, along with three major auto manufacturers, have opened an economic review to hammer out the details, and expect the microbuses to hit the streets within a year.

Kassem, the spokesman for the development ministry, said the tuk-tuks contribute to congestion, air pollution and fatal car crashes — even terrorism, since the government can’t trace unlicensed vehicles. He described them as a drag on Egypt’s economic productivity, keeping teenagers out of school and depriving the state of revenue from registration fees and taxes.

But some skeptics question the logic of changing a tuk-tuk prized for its tiny size, high maneuverability and cheap fare for a microbus that manufacturers expect to be four times the size and price.

Since taking power in 2014, al-Sissi has focused on ambitious mega-projects, building high-end housing complexes and a sprawling $45 billion new administrative capital in the desert outside Cairo. The bigger goal is to revive tourism and attract foreign investment as the country recovers from the turmoil of the 2011 Arab Spring uprising that toppled Mubarak.

Meanwhile, the official statistics agency recently reported that one third of Egyptians live in poverty. Tough austerity measures imposed to stave off economic collapse have slashed subsidies and dramatically hiked up prices of everything from subway fares to drinking water, taking a heavy toll on working-class Egyptians.

In September, sharp economic discontent and allegations of government corruption marshaled small but rare protests against the president.

Observers note that enforcing the new plan will pose a challenge. Much remains uncertain, including how the government will guarantee registration among those more accustomed to bribing police than obeying traffic laws.

“People will be trying to resist, to circumvent these developments, to go on living,” said Yasser Elsheshtawy, professor of architecture at Columbia University. “This is something very Egyptian.”

Image: In this Nov. 19, 2019 photo, a driver tries to maneuver his tuk-tuk in a narrow alleyway in Cairo, Egypt (AP Photo/Nariman El-Mofty)