An archaeological mission from Egypt’s Supreme Council of Antiquities has discovered the remains of a Roman fort at the Shiha archaeological site in Aswan.

A press release from the council stated that the remains include a church from the early Coptic era, and the remains of a temple from the Ptolemaic period.

Mustafa Waziri, Secretary-General of the council, explained that the mission discovered inside the fort a group of architectural elements from the temple of Ptolemy, and an incomplete sandstone panel, on which was depicted a model of the entrance to the temple and a man who appears to be a Roman emperor, standing next to an altar. Additionally, the team found four blocks of sandstone with palm fronds engraved on them and cartouches of the Ptolemaic kings and the the Greek emperors. A clay vase and part of a red brick vault dating back to the Coptic era were also found. 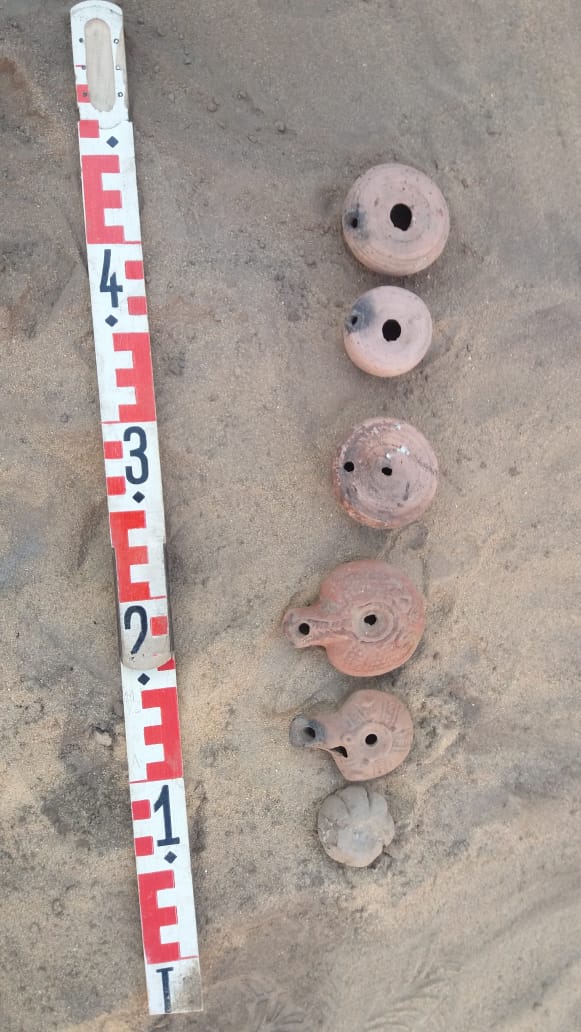 Mohamed Abdel Badi, head of the Central Administration for Antiquities of Upper Egypt, said that the mission has completed its work of uncovering the remains of the monastery and the church that were built on the ruins of this fort.

The mission was able to reveal the remnants of a mud brick wall surrounding the Shiha church from the western side, reaching a width of approximately 2.10 meters. On the north side of the church there are four rooms, a transverse hall, and an ascending staircase. Pottery ovens were found on the south side.

Previously, the German archaeologist Hermann Junker was able to uncover a part of the fort between 1920 and 1922.