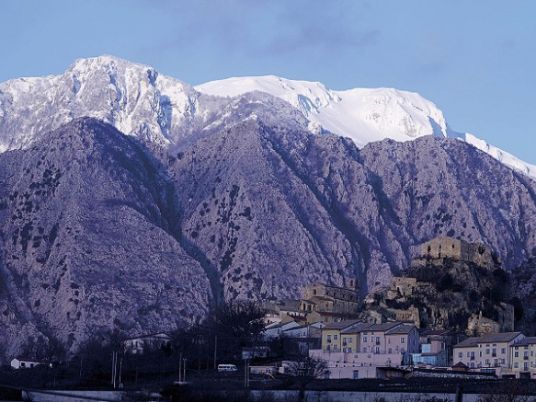 We all know Tuscany, Umbria and Sicily — but ever heard of Molise?
The door to Italy's deep south — though paradoxically dubbed its "Wild West" — Molise is the least known Italian region, even among Italians.
A land of wolves, wild boars and ghost towns — sacked in the past by pirates and brigands — it offers untouched landscapes and hearty shepherd food.
There are pristine beaches and snow-capped mountains, a picturesque coast dotted with fortresses and a preserved Roman town to rival Pompeii — but without the crowds.
Here are seven things to know before you go.
1. Prepare for a high-protein diet 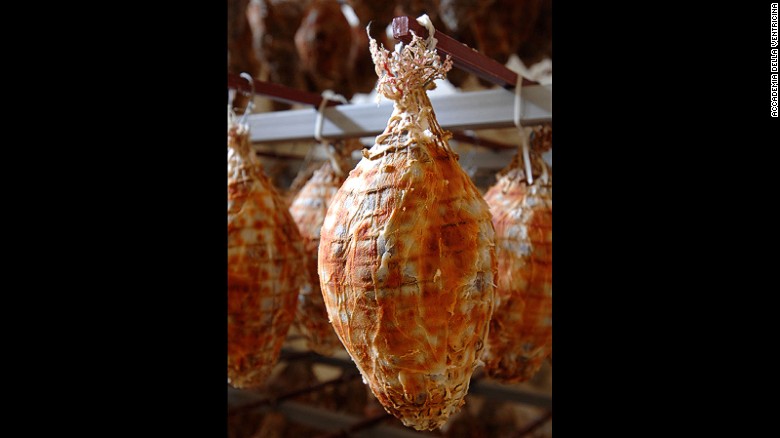 Molise's mountain air makes for fine meats. One local delicacy is ventricina, a huge, 12-kilo oval of salami stuffed with chili peppers.
This used to be the land of transhumance: the seasonal movement of people and their livestock between summer and winter pastures.
Grazing sheep, cows and buffalo still dot the landscape and you can still spot ancient trails winding up the mountains.
The fresh mountain air produces great meats: sausages, cold cuts and cotenna (pork rind).
Local cuisine includes pampanella, a pork dish cooked with chili, garlic and vinegar, and pezzata, a piece of tender lamb shoulder served with potatoes and tomatoes.
Then there's torcinelli — sausages filled with sheep liver.
The specialty cheese is caciocavallo, which is tied with a knot and hung from a cord.
This gives it a distinctive teardrop shape which, combined with the fact it oozes deliciously when you bite into it, has earned it the nickname "lachrymose."
2. The region was only born in 1963 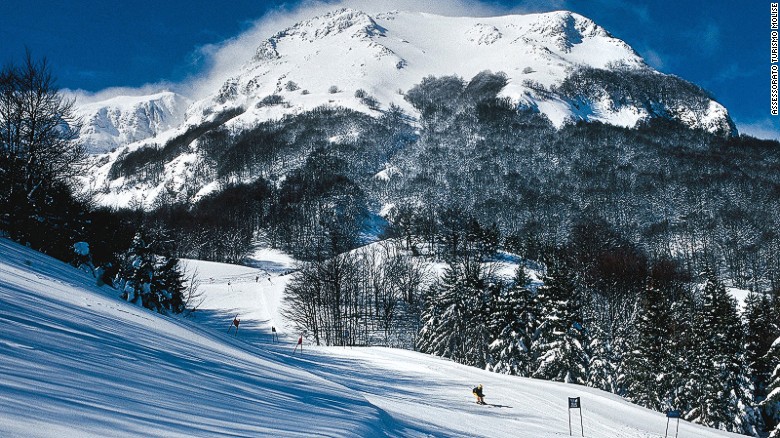 Campitello Matise (pictured) and Capracotta are the area's top ski resorts. Campitello is the larger of the two and has a network of slopes. Capracotta is known for its cross-country skiing.
Molise is the ancestral home of the warlike Samnites, who fought off attacks from the Roman Republic.
The invasions didn't stop there: Molise has been raided by the Romans, Normans, Spaniards, Slavs and Barbary pirates.
An often neglected region, lost between the rich Papal State and the Kingdom of Naples, Molise was created in 1963 when it was divided from the neighboring region of Abruzzo.
3. Pirates still attack each August
Termoli townsfolk still celebrate their victory against Turkish invaders in 1566.
Locals are proud of their history of stubborn resistance against invaders. 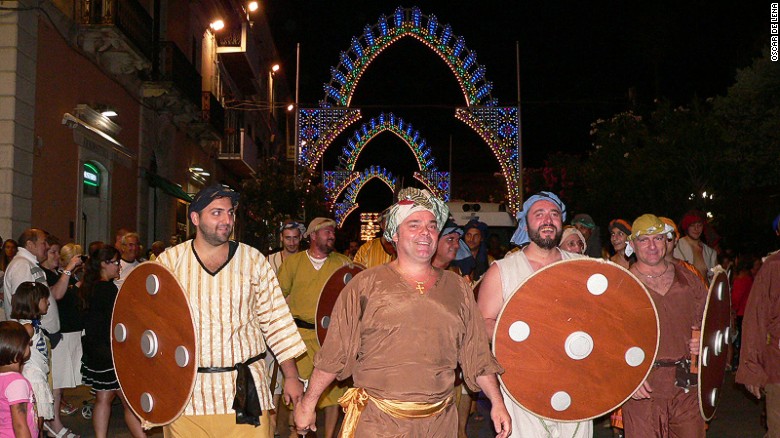 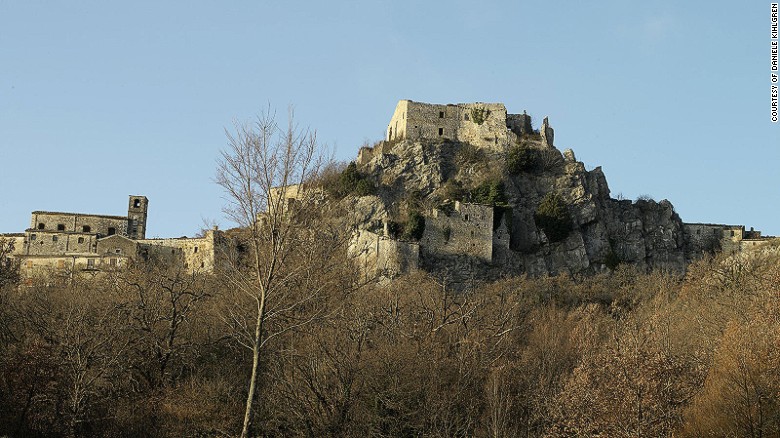 Inland Molise is dotted with crumbling medieval villages and fortified castles, located atop hills amid monasteries and abbeys.
The inhabitants fled long ago, due to emigration or earthquakes, and freely grazing horses are the only residents around to welcome visitors.
Rocchetta a Volturno is a labyrinth of broken cobbled streets, dusty frescoed churches and unhinged doors.
Arches are covered in animal images and gargoyles.
There are also ancient tombs, an aqueduct and the impressive abbey of San Vincenzo al Volturno.
Other spooky phantom villages to give goosebumps are Ciccagne, Mucciarone, Pincere and Civita di Bojano.
5. Not everyone speaks in Italian 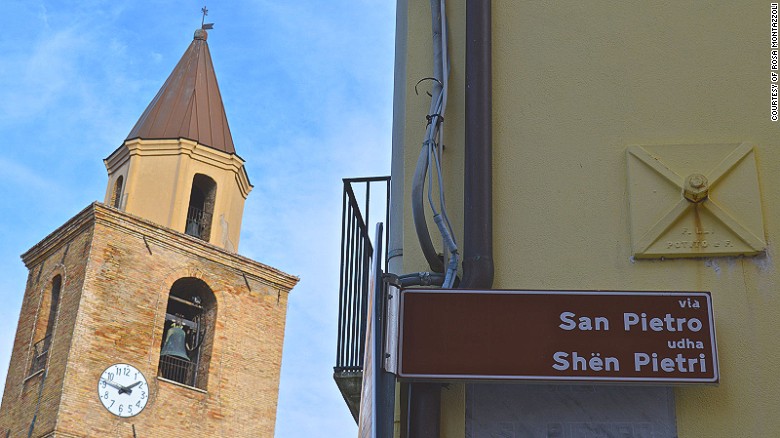 The towns of Portocannone, Montecilfone, Ururi and Campomarino are known as "Little Albania". Road signs are in both Italian and the local dialect, a version of Albanian called Arberesh.
If you're stopping for a panini at Campomarino, Portocannone, Montecilfone or Ururi and people speak in a strange language that doesn't sound Italian, don't freak out.
You've stepped into Molise's "Little Albania."
The local dialect is a version of Albanian called Arberesh.
Albanians fleeing Turkish persecution settled here in the 13th century and they're still keeping up old traditions, with schoolchildren taught their native language and road signs written in both Italian and Arberesh.
Campomarino, famous for its wine, is covered in murals depicting Albanian customs.
Ururi is also home to the centuries-old Carrese ox cart race, a picturesque display held each May.
6. It's tiny but it packs it all in 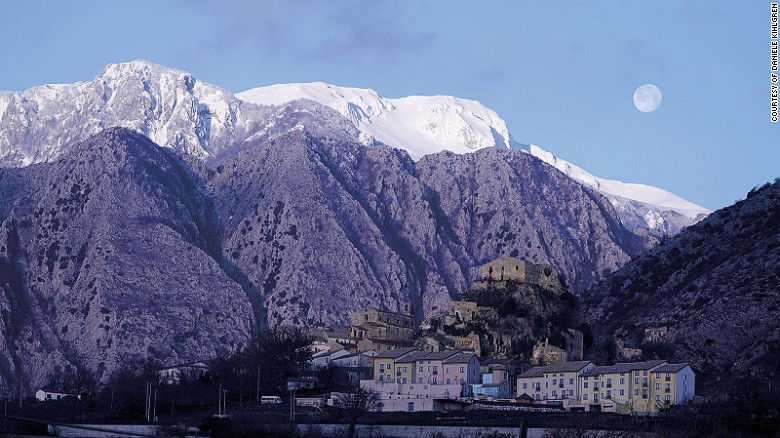 Molise, the second smallest region in Italy, is one of the least known, even among Italians. The picturesque land has pristine beaches of the Adriatic coast on one side and, an hour's drive away, the 2,000-meter-high peaks of the Apennine Mountains.
During Mussolini's regime, the Tremiti archipelago was an internment camp for political prisoners.
It's the second smallest region in Italy, but it has sea, lakes, forests and the Apennine Mountains.
A one-hour drive takes you from the pristine beaches of the Adriatic coast to the snow-capped mountains of ski resorts Capracotta and Campitello Matise.
A short ferry ride from Termoli to the Tremiti archipelago in neighboring Apulia gets you to where crystal-clear waters have become a popular diving spot.
7. Its ancient architecture rivals Rome's 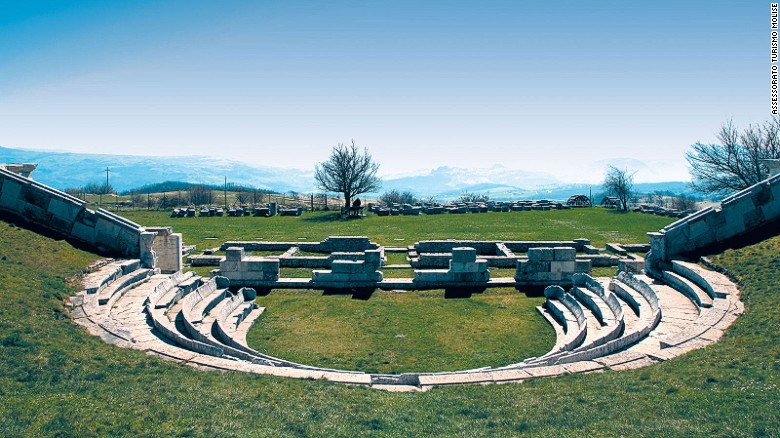