A top US diplomat has told CNN that despite the difficulties expected in the coming months — from a global cost-of-living crisis to energy shortages during a brutal European winter — it’s their view that the Western alliance will remain united in its support for Ukraine.

Speaking to CNN from the NATO headquarters in Brussels, Julianne Smith, the US ambassador to NATO, said she remains optimistic that the West will continue to support Ukraine in the way it has since the conflict began.

“It speaks to the strength of the alliance. It could lead to some difficult and debates and discussions, but based on our experience, I know we will power through,” she said, adding that this would not “drive us to disunity.”

In her comments, which were made during the week that marks six months since Russian President Vladimir Putin instructed his forces to invade Ukraine on February 24, Smith also directly rebutted Russian claims that the US and NATO are directly involved in the conflict.

Regarding any future NATO involvement in the conflict, Smith reiterated the statement that “neither the United States nor NATO are a party to the conflict full stop,” underscoring that NATO’s only involvement was “non-lethal.”

Smith acknowledged there are “corners of the globe where the Russian narrative appears to be getting through,” and setting the record straight “will be a continued challenge for the alliance to continue to state the reality.”

The US and NATO have provided weapons and intelligence to Ukraine; in early August, Russia accused Washington of direct involvement in the war.

Disinformation and rivalling narratives have been a feature of this conflict from day one. Most recently, Moscow is blaming Ukraine’s special services for the killing of Darya Dugina, a Russian political commentator and the daughter of prominent ultranationalist ideologue Alexander Dugin.

Ukraine has denied any involvement in Dugina’s killing, describing the Russian claims as fiction. Prior to her death, Dugina was the editor of a Russian disinformation website.

US secretary of state: War in Ukraine “likely to go on for some significant period of time” 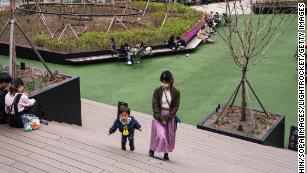 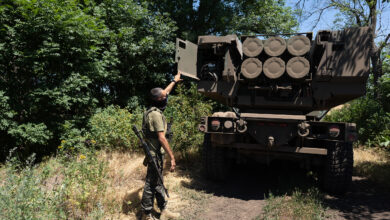