A child bomber killed up to six people Tuesday outside a bus station in the heartland of the Boko Haram Islamist insurgency in northeastern Nigeria.

Witnesses reported seeing a "young girl" trying to get into the station in the Yobe state capital Damaturu around 7:00 am (0600 GMT) and refusing to be searched by security guards at the gate before blowing herself up.

"A private taxi… drove out of the park. As soon as the car came close, she detonated the explosive. Six people in the car were killed. She was also killed," bystander Sani Dankamasho told AFP.

Bloomberg News put the girl's age at around 12, citing a bus driver who witnessed the blast.

The attack came just hours after United Nations chief Ban Ki-moon wrapped up two-day a visit to Africa's largest economy during which he hailed its "greater stability and peace" under its new leader as he commemorated a deadly 2011 attack on the global body by Boko Haram militants.

No group immediately claimed responsibility for Tuesday's bombing — which also wounded up to 28 people — but it bore the hallmarks of Boko Haram, which has in recent weeks used young women to carry out bloody suicide attacks in the restive northeast.

A journalist working for a private newspaper in Damaturu who arrived at the scene shortly after the blast confirmed the death toll.

"Six people were killed as a result of the blast, all from the car. The bomber was also killed," said the reporter on condition of anonymity.

Yobe local government spokesman Abdulahhi Bego gave the death toll as five, and said "more than 20" had been wounded.

"The dead have been evacuated to a mortuary while the injured victims are currently being attended to by health and emergency workers," he said in a statement.

Boko Haram has stepped up attacks in Yobe and two other states in its northeastern bastion since President Muhammadu Buhari came to power on May 29 amid a wave of optimism that he could tackle the worsening security situation.

The Islamists have also carried out deadly ambushes across Nigeria's borders and in recent weeks suicide bombers, many of them women, have staged several attacks in Nigeria, Cameroon and Chad.

The fresh wave of violence has claimed more than 1,000 lives over the last three months, dealing a setback to a four-country offensive launched in February that had chalked up a number of victories against the jihadists.

Buhari has vowed to destroy Boko Haram, and replaced his military leaders earlier in August, ordering his new chiefs-of-staff to end the jihadist bloodshed within three months.

The military under his predecessor Goodluck Jonathan was heavily criticised for poor handling of the insurgency and its failure to free more than 200 schoolgirls abducted from the northeastern town of Chibok in April last year.

The "Bring Back Our Girls" campaign marks 500 days on Thursday since the girls were captured and is due to meet the country's new chief of defence staff Abayomi Gabriel Olonisakin later on Tuesday.

"I want to reiterate my support for the Chibok girls, and so many other innocent abducted girls and boys, whose names and fate remain unknown," Ban said before leaving for France late on Monday.

"It is intolerable that their lives and schooling has been disrupted in this way. The whole world has been moved by their fate." 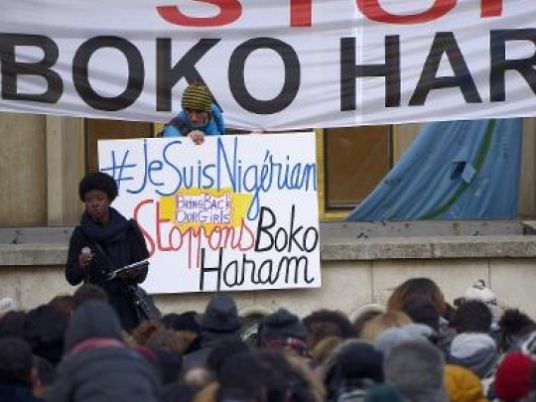