Members of the No to Military Trials campaign called on President Mohamed Morsy on Sunday to release all detainees tried before military tribunals, as a committee formed by the president to investigate the issue begun to meet.

“We have a very bad history with investigative committees,” said journalist and campaign member Rasha Azab in a press conference held at the Journalists Syndicate.

“Nothing has happened from tens of such committees to investigate violations by the military,” she added.

The campaign, launched in February last year to end military trials of thousands of civilians, denounced Morsy’s decision to form the committee and urged him to use his executive and legal powers granted by him to pardon all detainees.

At the Sunday press conference, the campaign called on Morsy not to divide the detainees into thugs and political detainees, and to deem free and fair trials as a right for all.

“These victims of such differentiation are the poor, those who could be easily identified as thugs, those who do not have the proper legal and media support to prove their innocence," said activist and campaign member Mona Seif.

“Such division hurts the poor, who are the majority of those tried in front of military courts,” she said.

The latest official numbers released by the military judiciary estimate the numbers of civilians who were subject to military tribunals at 12,000 detainees.

“These estimates are a year old, yet the military judiciary keeps repeating the same number although the trials are continuing,” Seif added.

She argued that the lack of transparency and referring to detainees as thugs are tools used by the ruling military council in its media offensive against the campaign.

The campaign urged the president-elect to issue a formal apology to the detainees after releasing them, in addition to opening an investigation into violations by the military associated with the tribunals.

“The president is obliged, as he ordered the dissolved Parliament to return, to outline the legal framework to end military trials against civilians,” said Ahmed Ragheb, head of the Hisham Mubarak Law Center.

The campaign also called on the president not to give any legal immunity to members of the ruling military council, who they said must held accountable for the violations against civilians. 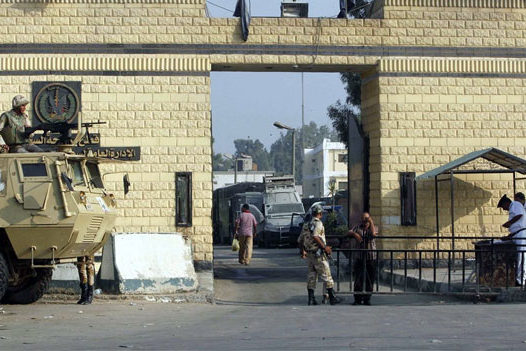