Shady middle-men are openly advertising on Chinese social media to smuggle blood samples of pregnant women to Hong Kong to skirt the mainland’s ban on gender testing, an AFP investigation has found.

The business thrives on a well-organized underground network that serves the huge demand for illicit sex-selective abortion in mainland China –- driven by limits on family size and an entrenched cultural preference for sons.

Chinese authorities vowed to crack down on the trade in 2015.

But dozens of blood smuggling agents are openly advertising services on the Twitter-like platform Weibo and on websites, despite China’s proven ability to scrub digital content.

Gender testing — except on medical grounds — is outlawed in China, where sex-selective abortions have helped create a surplus of about 31.6 million men, with some 115 boys born for every 100 girls last year.

A long-standing one-child policy was eased to permit two children in 2016 but gender testing continues, with many parents of daughters trying for a son the second time around.

Gender testing is legal in Hong Kong, with some clinics apparently turning a blind eye to the origins of the smuggled samples.


Three agents contacted by an AFP reporter posing as a customer offered to arrange in-person appointments with medical testing labs or transport blood samples to Hong Kong for around US$580, promising results starting from six weeks into pregnancy.

Upon payment of a deposit, the agent sends a testing kit to the client through a delivery service. One advised using an app to hire a nurse who could come to the patient’s home in mainland China to extract blood.

‘Nothing will go wrong’

The client sends the blood sample to Shenzhen from where it is smuggled across the border to Hong Kong. The agents did not directly address questions about how the samples would be transported, but assured the reporter they would arrive safely at their destination.

“They will be taken to the lab in a designated vehicle, the samples can be safely sent over for testing, nothing will go wrong,” one representative said, adding that results would be sent out in one working day.

Other agents use human smugglers. In February, a 12-year-old girl headed to Hong Kong was caught at the Shenzhen border carrying 142 vials of blood samples from pregnant women in her backpack.

The tests analyze small fragments of fetal DNA in a pregnant woman’s blood and can detect the presence of a Y chromosome. They are also used to screen for chromosomal disorders such as Down’s syndrome.

AFP / ISAAC LAWRENCE Some agents use human smugglers to transport the blood illicitly over the border from mainland China to Hong Kong, where it can be tested to determine the sex of the fetus

They can often accurately predict the gender of a fetus weeks before doctors can see the sex organs in an ultrasound.

Some mainlanders take the legal option of traveling directly to Hong Kong for gender testing.

“I have three daughters already. To be honest I want a son,” a 39-year-old man surnamed Wang told AFP outside a lab in Kowloon where his wife was getting her blood tested.

Wang, who circumvented the one-child policy as many well-connected or wealthy Chinese families do, said he was under intense parental pressure to produce a male heir and had made the journey from the southern province of Guizhou.

“Chinese people still want to have a son to carry on the ancestral line, this is an antiquated way of thinking, but back home there are lots of people who think this way,” he explained.

He added he and his wife would terminate the pregnancy in China if it turned out be a girl.

“Right now she’s only about 50 days along, so it can be solved by taking some medicine,” he said.

The trade raises questions over the willingness of Hong Kong labs to ignore their own rules. According to industry guidelines, laboratory technicians should not test blood without a patient referral from a local doctor, and risk losing their license if they do.

It is illegal to mail or transport blood samples out of China without a permit, but Hong Kong only outlaws importing blood samples if a person has reason to suspect that it contains an infectious agent.

The city’s Department of Health told AFP the number of cases it investigated every year has tripled since 2016 but none was prosecuted due to insufficient evidence.

A lab that one agent claimed to be working with told AFP it does not perform tests on couriered samples and denied working with mainland middle-men.

AFP / ISAAC LAWRENCE The illicit trade raises questions over laboratories in Hong Kong willingness to ignore their own rules — a patient’s blood should not be tested unless the lab gets a referral from a local doctor, otherwise they risk losing their license


Multiple Chinese government departments did not respond to requests for comment.

Hong Kong lawmaker Kwok Ka-ki, who is also a doctor, called on the territory’s government to work with mainland authorities to take down the networks.

“Ethically this is completely unacceptable because this will only encourage more people to perform gender selection,” he told AFP.

“And in mainland China, gender selection has already led to many tragedies and a skewed population with more males than females — they are all directly affected, so how can we abide this?” 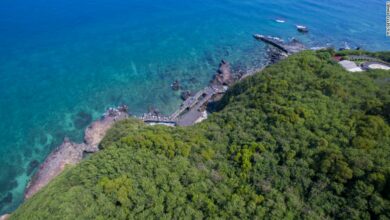 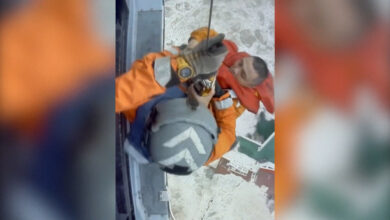 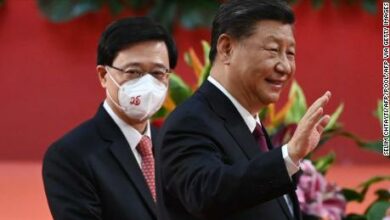