Facebook Twitter LinkedIn
The commission reconciling between the Bedouin Bani Hilal and Nubian Al-Daboudiya tribes in Aswan said both parties are committed to the three-day truce that was reached, provided that the commission gives each tribe its rights.
Commission coordinator Mansour Kabbash said that both parties want to end the clashes that left 26 people dead and 32 others injured since Friday.
Aswan has seen relative calm for three days now.
“They agreed to our arbitration,” said Sherif Idrissi, a tribal elder. “We told them to stay away from each other until we come up with a solution that is in accordance with the Sharia and customs.”
He also said they agreed to surrender their weapons.
Meanwhile, a delegation from the Supreme Council of Bedouin Tribes arrived in Aswan on Wednesday, coming from the Red Sea governorate, to attend a customary reconciliation session.
Edited translation from Al-Masry Al-Youm
Tags
Aswan Aswan tribes clashes death killings revenge 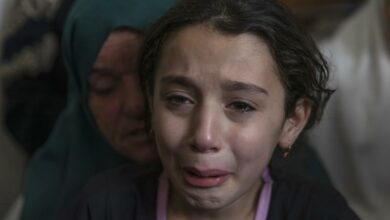