(CNN) — Take a closer look at the plane on the top of this story. Notice anything different about one of its engines?
This Airbus A380, the world’s largest passenger jet, has been recruited as a demonstrator to trial new cutting-edge open fan engine architecture which could help cut carbon emissions by up to 20%.

The project was unveiled Tuesday by Airbus and CFM International at Farnborough Air Show just outside of London, an annual trade exhibition showcasing the latest in aerospace innovation.

It’s the latest innovation to be air-tested on the A380 “superjumbo,” which has had mixed fortunes in recent years. Production of the much-loved airplane was halted in 2021 due to lack of demand. Existing aircraft were grounded by airlines during the pandemic, only to enjoy a recent resurgence due to travel demand.

CFM, whose parent companies are GE and Safran Aircraft Engines, has been developing advanced propulsion technologies as part of its Revolutionary Innovation for Sustainable Engine (RISE) demonstration program.
Now the aim is to mature and accelerate that with a flight test campaign on board this A380, which is due to take to the skies in the latter half of this decade from the Airbus Flight Test facility in Toulouse, France.

The aims of the flight test program are to better understand engine/wing integration and aerodynamic performance, to demonstrate better fuel efficiency that would cut CO2 emissions by a fifth compared to today’s most efficient engines, and to ensure compatibility with 100% Sustainable Aviation Fuels (SAF).

The aviation industry has made the ambitious pledge to achieve net-zero carbon emissions by 2050 and this new technology could help support that.

“New propulsion technologies will play an important role in achieving aviation’s net-zero objectives, along with new aircraft designs and sustainable energy sources,” said Sabine Klauke, Airbus Chief Technical Officer, in a statement.
The CFM RISE Program is all about pushing the technology envelope, redefining the art of the possible, and helping to achieve more sustainable long-term growth for our industry,” Gaël Méheust, President and CEO of CFM International, confirmed.

Earlier this year, Airbus announced it was to test an experimental hydrogen engine on an A380 — another partnership with CFM International — with the aim of creating a zero-emission airplane by 2035. 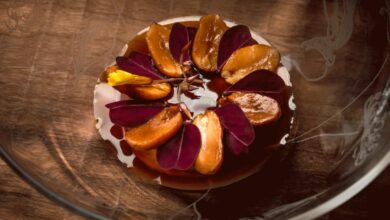