Ukrainian President Volodymyr Zelensky said a “seventh package of European Union sanctions is needed as soon as possible,” in his nightly address on Tuesday.

It came as the 27 EU leaders are meeting this week to make a final decision on formally giving Ukraine candidate status.

I will do my best to ensure that the historic decision of the European Union is adopted. This is important for us,” Zelensky said.

“Russia must feel a constant increase in pressure for the war and for its aggressive anti-European policy,” he said.
“Another Russian threat to Lithuania, another wave of energy pressure, another batch of lies from Russian officials about the food crisis are all arguments to agree on the seventh package of sanctions.”

Where is Kaliningrad? The exclave is Russia’s westernmost territory, and the only part of the country surrounded by EU states. Lithuania stands between it and Belarus, a Russian ally, while Poland borders it to the south.

CNN reported on Monday that Lithuanian Railways, the state-owned railway company, had notified Russia that transit trains with goods subject to EU sanctions would no longer be allowed to pass through.

It is part of a blockade, of course,” he said.

The Charge d’Affaires of Lithuania in Moscow was summoned to the Russian Foreign Ministry and told that if freight transit to the Kaliningrad region was not fully restored, Russia reserved the right to take action to protect its national interests.

But the EU, whose sanctions Lithuania is enforcing by blocking transit, has backed its member state. 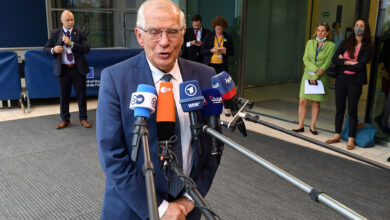 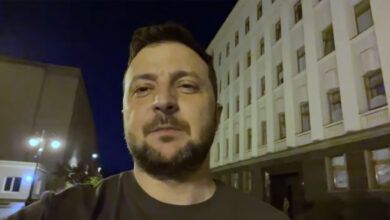