Egypt’s ruling Supreme Council of the Armed Forces (SCAF) announced on Monday its intention to meet with “youth factions” later this week for consultation. But most revolutionary youth groups say they still have questions about the meeting’s purpose and agenda, while some say they will definitely not participate.

The SCAF published a statement on its official Facebook page inviting all youth factions to send up to 10 representatives to the conference on Wednesday at Al-Galaa theater in Helioplis, and the military council now says that all youth groups have been invited.

Various coalitions and unions agree on the importance of discussing the transitional period and say that the SCAF should not take decisions without discussing them first with Egypt’s varied political forces. Many also complain about civilians being prosecuted before military courts.

This is not the first meeting between Egypt’s governing military rulers and youth groups, although one has not taken place for several weeks.

Some say they are unsure whether they will participate in the meeting, including the Maspiro Youth Union, dedicated to defending the rights of Egypt’s Coptic Christian minority. The group will state its position on Tuesday afternoon, according to Ramy Kamel, a representative of the group.

The Association of Progressive Revolutionary Youth has also not yet announced its stance on the meeting.

Abdel Rahman Samir of the 25 January Revolution Youth Coalition said that Major General Mahmoud Hegazy, a member of the SCAF, contacted him to invite his coalition to the conference.

"We will have a meeting today to decide if we'll take part in the conference or not, because we still don't know what the agenda is", Samir said, adding that his coalition would try to contact the SCAF again to find out what the conference is about or, he said, at least its title.

Other groups have been more definitive about not participating.

"We reject this dialogue, which neglects critical issues like the transitional phase and the standoff between those calling for putting a constitution before elections and those supporting elections coming first," said Khalid Tellima of the Progressive Youth Union, the youth wing of the leftist Tagammuu Party.

"The dialogue's agenda is not clear and we need to reach binding conclusions with all powers", added Tellima.

"We still see the dialogue as blurry, with no specific topics on top of the agenda, and it is hard to really discuss anything among this massive number of people", said Hamada al-Kashef of the Union of Revolutionary Youth, reflecting concerns at the number of people potentially attending, which could total around 1000.

"Thus we decided to boycott the dialogue,” he said. “Continuous meetings with no real results on the ground are ineffective.”

Kashef was surprised to find that no members of youth groups had participated in the organization of the meeting, while Samir said that he believes the conference is being organized by the Egyptian intelligence because, he said, the fax number for RSVPs belongs to the intelligence service.

Kashef also said that his group will suspend the conversation as long as civilians are tried before criminal courts.

The Muslim Brotherhood Youth says it has decided to participate in the meeting but is ready to withdraw at any time, according to Amr al-Sayed of the group.

"We, as youth, will participate in the dialogue with SCAF tomorrow. But we will withdraw if we find that it does not go along with the framework of the revolution's demands," he said.

The Brotherhood youth expressed their willingness to coordinate their demands with other groups before the meeting.

"We certainly will coordinate with other coalitions and unions for tomorrow, though we are already compatible in our demands since we are talking about the demands of the revolution," Sayed said.

The timing of the meeting, after large protests around the country last Friday, is important to the youth groups.

"The SCAF figured out that it was in an uneasy situation after the Friday of Anger. It understood that the revolution's spirit is still in the air," Sayed said. "So it started to take a different course by talking to the youth."

The Muslim Brotherhood Youth participated in last Friday’s protests, even as the group’s leadership called on Brotherhood members not to take part.

"Yes, the SCAF understood the importance of talking to the youth, but this time the dialogue needs more organization," Tellima said.

He said that the conference, which starts at 8 pm, will face difficulties in giving everyone a chance to talk, particularly considering the lack of a specific agenda.

"I hope they can get some positive results", Tellima continued. 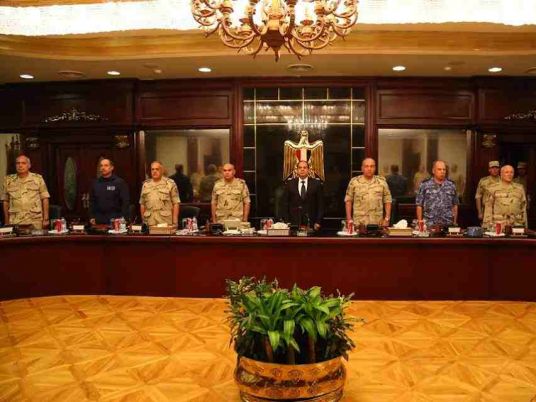