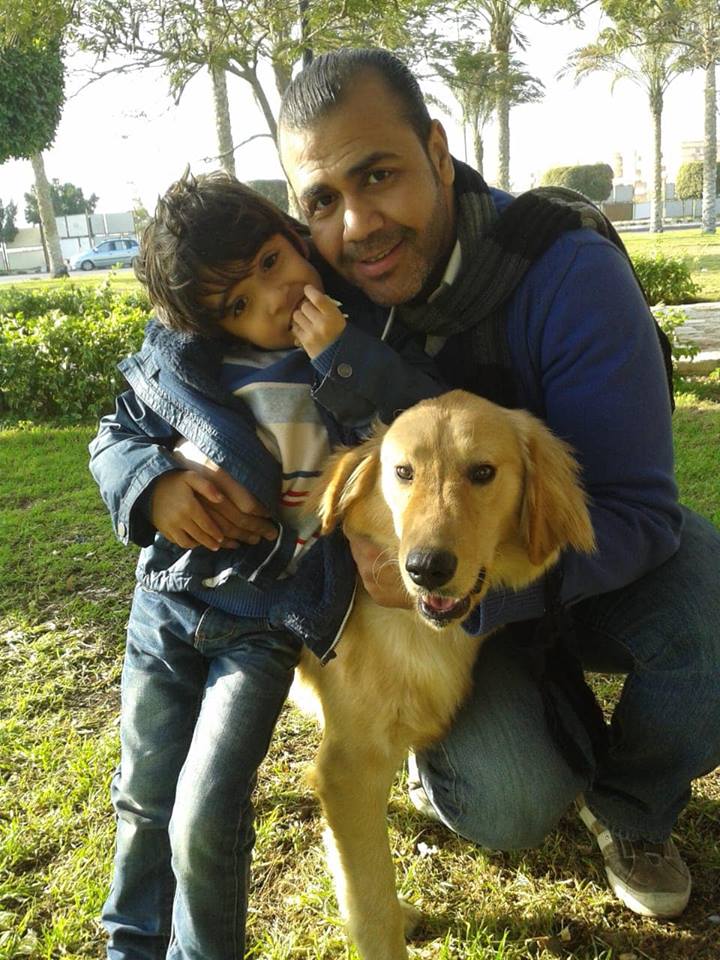 Madinaty City was scene to a horrific dog attack several days ago when a young boy, Mohamed Ehab, was savagely mauled by two unleashed dogs and left with brutal injuries.

Ehab’s mother, Rasha Husein, uploaded a video of the attack on her Facebook account, which was captured by surveillance cameras, showing how her son peacefully playing with his friends until a dog began to chase after him.

The footage, which has gone viral, also shows the attack come to an end after one of the dog’s owners threw herself over the boy to defend him as another attempted to grab a dog away.

Husein explained that the attack occurred because the dogs somehow viewed the boy as a threat to their owner.

She uploaded several photos of the severe injures Ehab suffered, with bite marks all over his body. Hospital reports showed that the boy came in critical condition with a very high fever.

Ehab’s mother vocally called for further precautions, such as ensuring that dogs are never without leashes and that they always have muzzles on. She also called for educational centers to begin raising awareness on how owners must regulate their dogs.

In response to the incident, the Madinaty City hall released a statement saying that the administration has begun to take several decisions, such as obliging dog owners to leash their pets, providing medical centers with dog injects, sanctions over using any residential areas as dog farms and punishing violators of article no 53/1996 in the agriculture law , amongst others.

The boy’s father, Ehab Samaha, filed a police report the against the owners accusing them of carelessness.

He stated that the one of the dog owners had apologized to him but he rejected it, wanting instead that his son’s legal rights be met and that owners protect anyone attacked by their dogs.

The owners were released from custody after paying LE2000 while the dogs were sent to a veterinarian to undergo examinations. The Minister of Justice invited Samaha to his office and assured him that the necessary steps were being taken.

In his telephone interview with Amr Adib al-Hekaya, Samaha praised the officials’ immediate response and expressed pride in being Egyptian for how well they had treated his son’s case.

He added that after his meeting with the Minister of Justice, investigators came to his home to take his son’s statements regarding the evidence.

The video of the attack sparked outrage across social media, leading to an array of users suggesting that dogs be killed in retaliation. This led to further outrage over some of users suggesting poisoning, burning or even running over the animals, which they said would be justified in the name of ‘self-defense.’

Husein expressed shock at several of these comments on Facebook, stating that her son always admired dogs.

“When I asked him if he hates dogs now, he said he didn’t,” adding that he was upset over the incident.