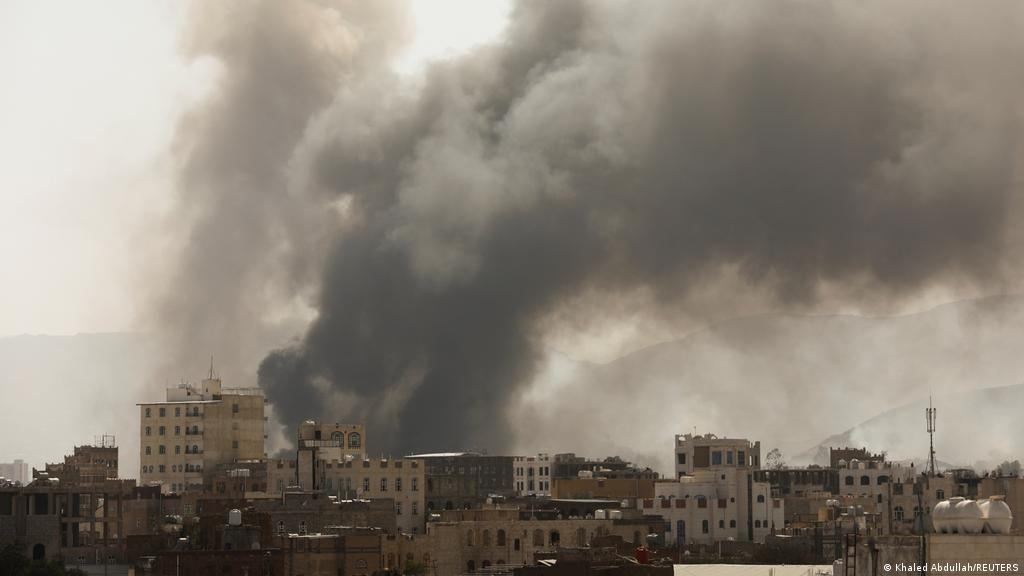 At least eight people were killed and 170 more injured in a fire at a migrant detention center in the Yemeni capital city Sanaa on Sunday, the UN Migration Agency said.

It remained unclear what caused the fire in the center run by the Houthi rebels.

“We are extremely saddened by the death of migrants and guards resulting from a fire at a holding facility in Sana’a, Yemen, today,” director of the UN Migration Agency (IOM), Carmela Godeau, wrote on Twitter.

Although eight people had been confirmed dead, “the total death toll is reported to be much higher,” she added.

Migrants in Yemen face many dangers

A UN official told the Associated Press that the fire started in a hangar close to where more than 700 migrants were being held. The majority of them had been detained in the northern province of Saada as they attempted to cross the border in Saudi Arabia.

Tens of thousands of migrants continue to make the journey across the waters of the Horn of Africa to try and find work as housekeepers, construction workers and servants in the rich gulf countries, despite the ongoing conflict in Yemen.

Sunday’s fire “is just one of the many dangers that migrants have faced during the past six years of the crisis in Yemen. All people, including migrants, should be afforded protection and safety,” Godeau wrote.

Migrants traverse war zones in search for a better life

The migrants are often vulnerable to trafficking gangs, many of which are believed to be working in cooperation with armed groups involved in the regional conflict.

Earlier in March, at least 20 migrants were killed after smugglers threw 80 people overboard while travelling from Djibouti in East Africa to Yemen.

Yemen has been suffering a devastating conflict between Iranian-backed Houthi rebels and the Saudi-backed government since late 2014.

IMAGE: Many are feared dead after a fire broke out at a migrant detention center in Sanaa, Yemen. Khaled Abdullah/REUTERS