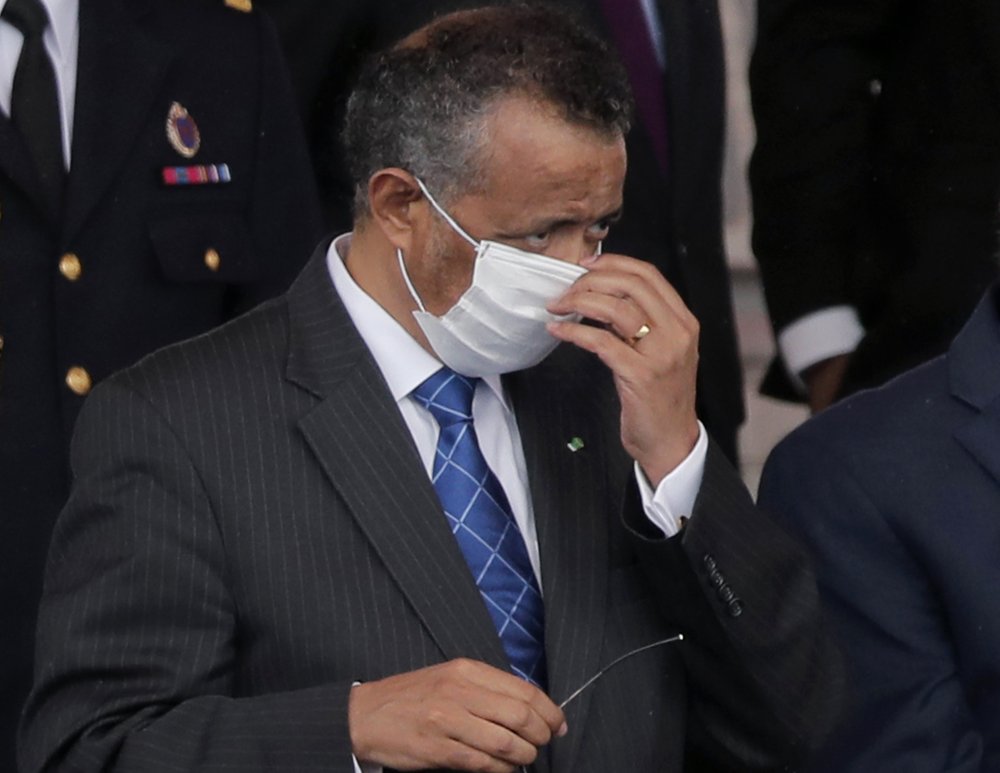 LONDON (AP) — More than 20 heads of government and global agencies called in a commentary published Tuesday for an international treaty for pandemic preparedness that they say will protect future generations in the wake of COVID-19.

But there were few details to explain how such an agreement might actually compel countries to act more cooperatively.

“The world cannot afford to wait until the pandemic is over to start planning for the next one,” Tedros said during a news conference. He said the treaty would provide “a framework for international cooperation and solidarity” and address issues like surveillance systems and responding to outbreaks.

International regulations governing health and implemented by WHO already exist — and can be disregarded by countries with few consequences. Despite an obligation for nations to share critical epidemic data and materials quickly with WHO, for example, China declined to do so when the coronavirus first broke out.

And with no enforcement powers, WHO officials had little means of compelling them to share details, an AP investigation last year found.

Steven Solomon, WHO’s principal legal officer, said the proposed pandemic treaty would need to be ratified by lawmakers in the participating countries.

“Specifics about enforcement will be up to member states to decide on,” Solomon said.

European Council President Charles Michel first laid out the idea of a pandemic treaty at the U.N. General Assembly in December. Joining Tedros at Tuesday’s briefing, Michel said the global community needs to “build a pandemic defense for future generations that extends far beyond today’s crisis. For this, we must translate the political will into concrete actions.”

Gian Luca Burci, a former WHO legal counsel who is now a professor at the Graduate Institute of international affairs in Geneva, described the proposal as an attempted “big fix” involving information sharing, preparedness and response, saying the concept is “like a Christmas tree, frankly.”

“But to me, the risk is that it diverts attention from the tool that we have” — WHO’s existing International Health Regulations, Burci said recently. He said his fear was those regulations would get short shrift and receive “cosmetic improvements, but fundamentally remain a weak instrument.”

Although the 25 signatories of the commentary called for “solidarity,” and greater “societal commitment,” there was no indication any country would soon change its own approach to responding to the pandemic. China, Russia and the United States didn’t join in signing the statement.

WHO legal officer Solomon said the pandemic treaty might also address issues such as the sharing of vaccine technology and vaccine supplies, but gave no indication how that might happen. Despite WHO’s calls for patents to be waived during the pandemic, rich countries have continued to oppose efforts by poor countries to compel them to share vaccine manufacturing technology.

Tedros pleaded with rich countries last week to immediately donate 10 million COVID-19 vaccines so that immunization campaigns could start in all countries within the first 100 days of the year. Not a single country has yet publicly offered to share its vaccines immediately. Of the more than 459 million vaccines administered globally, the majority have been in just 10 countries — and 28 percent in just one. WHO didn’t identify the countries.

Jamey Keaten contributed to this report from Geneva.

Image: FILE – In this file photo dated Tuesday, July 14, 2020, Director General of the World Health Organization, Tedros Adhanom Ghebreyesus, adjusts his face mask during the Bastille Day military parade, in Paris. France. More than 20 heads of government and global agencies have called for an international treaty for pandemic preparedness and response, that they say will protect future generations from future pandemics, with WHO’s Tedros Adhanom Ghebreyesus and other leaders calling for countries to act cooperatively. (AP Photo/Christophe Ena, FILE)