A short walk from Maadi al-Sarayat, one of Cairo’s classiest suburbs, is a shabby side street off the railroad tracks of al-Arab district. The market there is full of choreographed chaos, and the neighborhood is filled with workshops and coffee shops where wooden chairs spill into the street outside. Animated voices of customers, workers and contractors compete with the spindle molder and a chorus from the repetitive cries of nearby street vendors.

It is a microcosm of a male-dominated market where women are only seen swiftly passing by. Nevertheless, Sahar Gomaa, a pretty 24-year-old female carpenter, has chosen to take up shop.

At the age of 21, Sahar, an unusual and optimistic woman of great strength, chose to manage a carpentry workshop, taking into consideration all the challenges she would face as a women running a company in an industry so dominated by Egyptian men.

Sahar graduated from the faculty of commerce at Cairo University in 2010. She decided to accept all the risks that accompany managing a carpentry workshop and studying at the same time, and worked in her field of passion. She believes that every job has its challenges, but says, "With time and professional management skills you can overcome any problem.”

Sahar admits that there were several obstacles to getting her business up and running, including negative attitudes when dealing with everyone from workers to customers and competitors.

“Although I have many workers that help create the designs, I have to be watching them 24/7, or else things won’t be done to specifications,” she says.

“Men in our society usually underestimate women; they think that it is easy to fool me or con me just because I’m a young, single woman,” she adds.

Sahar explains that at the beginning, many people weren’t familiar with the idea of a woman in a carpentry workshop and couldn't accept it, and that it took her strong character to push past these obstacles. “Social intelligence helped along the way,” she explains.

“Competition is my game,” says Sahar. She believes that no one in the market can defeat her because she strives to produce the best quality product at a reasonable price and meets market demands.

The best way to defeat a competitor, according to Sahar, is by penetrating the market with unique ideas. She says that the trick is spotting what competitors fail to do and doing it herself, thereby grabbing the customer’s attention.

“Although many people used to give me strange looks, I’ve received a lot of encouragement from my family,” she says. "My father was the main source of encouragement to me; he supported me psychologically and financially.”

“But now people who deal with me professionally make the same remark: ‘Sahar is gada'a (serious); she stands her ground on the tough issues,’” she says.

“I believe that I will one day invade the market with my products not only on the national level but on the international level as well. With my strong will, optimism and innovation I can get anywhere.”

Sahar believes that she wouldn’t have been that strong if she had stayed at home like many other women. She remarks that many women are naïve and know nothing of the outer world. This, she says, is a disaster for women.

“A woman has to build up her character by dealing with different kinds of people, and you can only acquire that by working,” she says.

Sahar believes that a smart woman has to have three personalities. A tough, harsh character is necessary for work, so that she is able to control workers and prevent anyone from conning her. The second character is the loving, caring mother, who should never let her job overshadow her children’s need for mothering.

“The third character,” Sahar explains, “should be the feminine wife, although a wise woman should never surrender to the ‘Si Sayidd’ attitude.” A term commonly used for men in Egypt, Si Sayidd is a domineering male character in the Naguib Mahfouz Trilogy on Egyptian TV.

“She should refuse to be simply a piece of furniture at home and do nothing but watch TV and pamper her husband,” she adds.

Sahar believes that Egyptian society remains dominated by men and discriminatory against women and claims that women’s rights that are still violated in the society. However, after the 25 January uprising, she now has hope.

Since women make up one half of the society and have had a prominent role in this revolution, Sahar believes women must insist on their rights and bring up their concerns and needs for discussion.

“We are in a very critical phase these days. We should not waste time setting new things then changing them over and over,” she says, in response to people who think that this is not the right time for women to stand up for their rights.

“If you think with your emotions, you will never succeed,” Gomaa concludes. 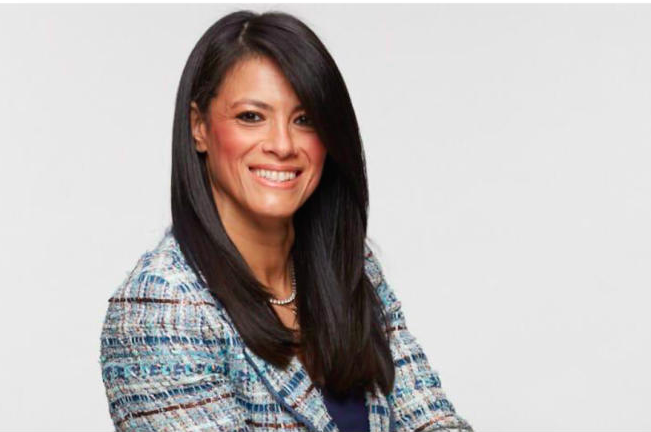