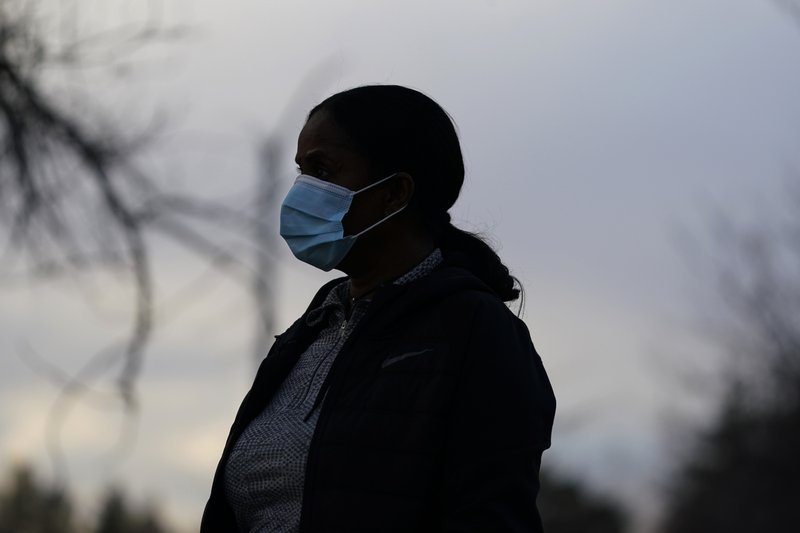 NAIROBI, Kenya (AP) — The Eritrean soldiers’ pockets clinked with stolen jewelry. Warily, Zenebu watched them try on dresses and other clothing looted from homes in a town in Ethiopia’s embattled Tigray region.

“They were focused on trying to take everything of value,” even diapers, said Zenebu, who arrived home in Colorado this month after weeks trapped in Tigray, where she had gone to visit her mother. On the road, she said, trucks were full of boxes addressed to places in Eritrea for the looted goods to be delivered.

Heartbreakingly worse, she said, Eritrean soldiers went house-to-house seeking out and killing Tigrayan men and boys, some as young as 7, then didn’t allow their burials. “They would kill you for trying, or even crying,” Zenebu told The Associated Press, using only her first name because relatives remain in Tigray.

Huge unknowns persist in the deadly conflict, but details of the involvement of neighboring Eritrea, one of the world’s most secretive countries, are emerging with witness accounts by survivors and others. Estimated in the thousands, the Eritrean soldiers have fought on the side of Ethiopian forces. They are accused of targeting thousands of vulnerable refugees from their own country, raping and intimidating locals — and now, some worry, refusing to go home.

Eritrea and Ethiopia recently made peace under Ethiopian Prime Minister Abiy Ahmed, who was awarded the Nobel Peace Prize in 2019 for his efforts. But Eritrea remains an enemy of the Tigray leaders who dominated Ethiopia’s government for nearly 30 years and are now fugitives since fighting began between Ethiopian and Tigray forces in November, the result of growing tensions over power.

Ethiopia’s government denies the Eritreans are in Tigray, a stance contradicted by an Ethiopian military commander who confirmed their presence last month. The US has called Eritrea’s involvement a “grave development,” citing credible reports. Eritrean officials don’t respond to questions.

Despite the denials, the Eritrean soldiers aren’t hiding. They have even attended meetings in which humanitarian workers negotiated access with Ethiopian authorities.

Now millions of Tigray residents, still largely cut off from the world, live in fear of the soldiers, who inspire memories of the countries’ two-decade border war. The recent peace revived cultural and family ties with Tigray, but Eritrea soon closed border crossings.

“If Eritrea refuses to leave, the UN should give us protection before we perish as a people,” a former Ethiopian defense minister, Seye Abraha, said in comments posted Sunday by a Tigray media outlet.

A spokeswoman for Ethiopia’s prime minister, Billene Seyoum, did not respond to a request to discuss the Eritrean forces.

With almost all journalists blocked from Tigray and humanitarian access and communications links limited, witness accounts give the clearest picture yet of the Eritreans’ presence.

They were first reported in northwestern Tigray, which saw some of the earliest fighting. The Ethiopian Human Rights Commission cites residents of the border town of Humera as saying the Eritreans participated in widespread looting that “emptied food and grain storages.” That has contributed to growing hunger among survivors.

The account by Zenebu, a 48-year-old health care worker, is one of the most detailed to emerge — and it came from central Tigray, an area little heard from so far.

She first saw the Eritrean soldiers in mid-December. She had fled with others into the mountains as fighting approached, leaving her mother, too frail for the journey, behind. Twelve days later she returned to the town of Hawzen, needing to know whether her mother had survived.

In the darkness, she said, she stumbled over bodies, including around 70 she later realized she knew as they were identified. The ground was strewn with beer bottles, cigarettes and other trash, and “I couldn’t tell the difference between human and animal bodies.” The stench of death was strong.

A neighborhood boy, just 12, had been recruited by soldiers to do errands and then killed. 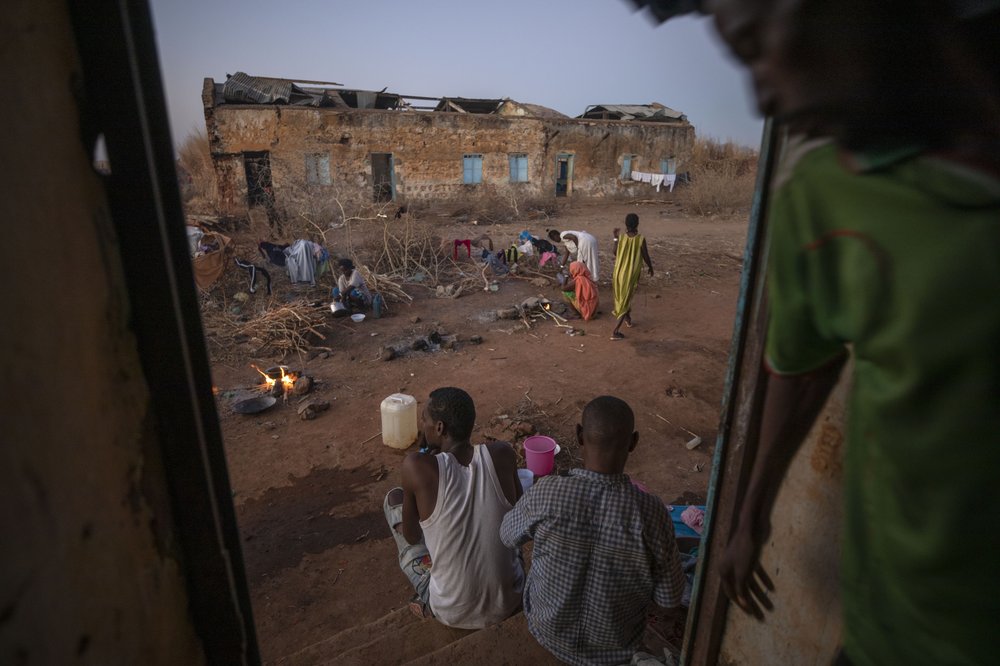 Her mother had survived, her home stripped of possessions.

People had been killed for having photos of Tigray leaders, even long-ago ones, Zenebu said, and the photos were set on fire. While she said some atrocities were carried out by Ethiopian forces and allied fighters from the neighboring Amhara region, she recognized the Eritreans by markings on their cheeks and their dialect of the Tigrinya language.

“I was more heartbroken and surprised to see the Eritreans doing that because I felt a connection, speaking the same language,” Zenebu said. “I felt we shared more of the same struggle,” while others “don’t know us like the Eritreans do.”

Residents tried to survive as food supplies dwindled. Electricity for grinding grains was gone, and medical supplies ran out. “People are starving to death,” Zenebu said.

It was worse, she said, than in the 1980s, when famine and conflict swept through Tigray and images of starving people in Ethiopia brought global alarm and she fled to Sudan.

Then, “there wasn’t house-to-house looting of civilians, weaponizing hunger, the merciless killing,” she said. “It’s worse than before.”

Zenubu eventually managed to leave Hawzen and reach the Tigray capital, Mekele, after pretending she was a resident and blending in with others traveling there. She called her family in the US, crying hysterically.

“I just wanted to say I was alive,” she said. Now she is unable to reach her mother.

Her account, like many, cannot be verified until communication links with Tigray are fully restored — and even then, people in Ethiopia worry that phone calls are monitored.

But another person who escaped Hawzen and arrived in the US this month told the AP that Eritrean soldiers were “everywhere” and confirmed their killing and looting. He also identified them by their dialect.

“Same blood, same language,” he said, noting the close ties with Tigrayans. “I don’t know why they killed.” He spoke on condition of anonymity out of fear for his relatives.

“We are investigating credible reports of a whole range of abuses by the Eritrean forces in central Tigray, including extrajudicial executions of civilians, widespread looting and damage of public and private property, including hospitals,” Human Rights Watch researcher Laetitia Bader said, urging “immediate international scrutiny” and a UN-led investigation. 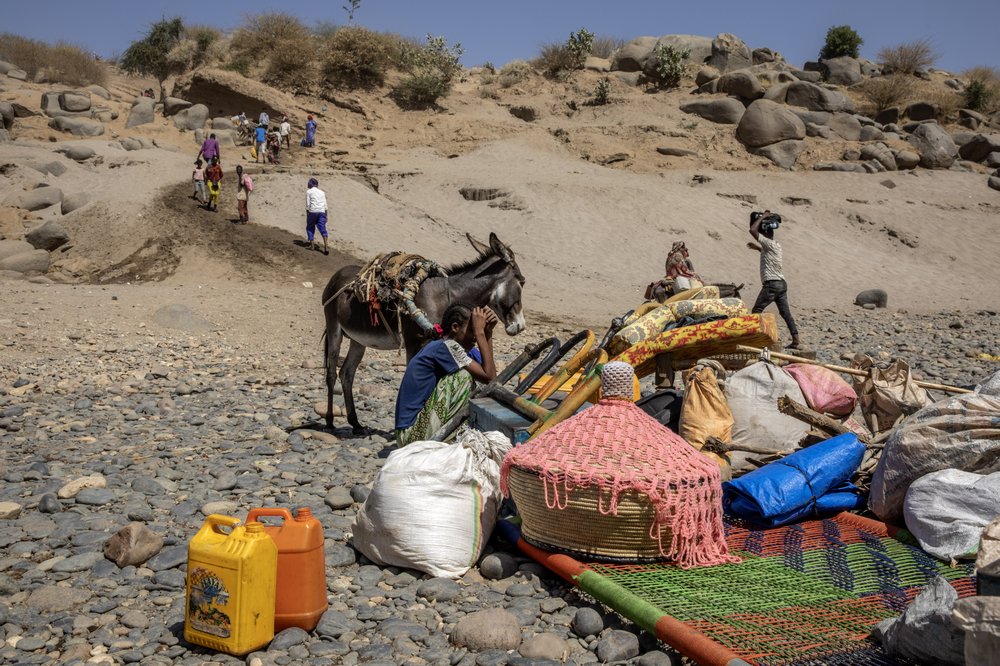 Other accounts come from the nearly 60,000 refugees who fled to Sudan.

“My five brothers and mother are in Axum” near the Eritrean border, a doctor among the refugees, Tewodros Tefera, told the AP. “People from Axum said Eritrean forces killed many young men.”

“I don’t know if my brothers are alive,” he said of his brothers, who are 25 to 35. His phone calls don’t go through.

A woman now in the US after managing to leave Axum, who gave only her first name, Woinshet, wept as she told the AP she believes she survived because she showed Eritrean soldiers her US passport instead of a local ID.

“There’s no (military) camp in Axum, just monasteries,” she said, recalling bodies left in the streets. “Why are they there?”

Other survivors have fled the Eritrean soldiers to remote areas in Tigray and called to say they have been living for weeks on leaves and dried fruit.

“I don’t know how people are staying alive,” Tewodros said.

Image: Zenebu, who arrived home in Colorado after weeks trapped in Tigray, Ethiopia, where she had gone to visit her mother, poses for a photo Friday, Jan. 22, 2021. Huge unknowns persist in Ethiopia’s deadly conflict, but details of the involvement of neighboring Eritrea, one of the world’s most secretive countries, are emerging with witness accounts by survivors and others such as Zenebu. While fighting in support of Ethiopian forces, Eritrean soldiers have been accused of killing civilians, targeting refugees and even acting as local authorities. (AP Photo/David Zalubowski)

‘I would never go back’: Horrors grow in Ethiopia’s conflict