On Sunday, Ahmed Omar, a bearded Muslim resident of Queen Suzanne Street in Shubra al-Kheima, walked past a patch of land, bare except for several long concrete pillars.

A church-affiliated service center was to be built here, and may yet be, but last week a Salafi group invaded the site to halt construction, hung a mosque sign over it and held collective prayers.

Christians in Egypt often turn service centers into places of worship to circumvent the tortuous procedures required to obtain a church permit. In this case, the permit for the service center had yet to be granted, which gave the Salafis the pretext for their action.

“We do not oppress them because we’re a majority and they’re a minority, we oppress them by law,” said Omar. “If the law had given them a permit to build there, do you think we would have been able to stand there and say anything?”

He wrapped one arm around his Christian neighbor, counting his Islamic beads with the other hand.

“It’s the state that should give Christians their rights, not us,” he added, before taking off to catch the evening prayer in a nearby mosque.

Even though the public prosecutor restored the land to the church, some in the local Muslim community feel that the law backs them in their campaign against the building of the church, by withholding the necessary permits.

The incident is hardly unique. The combination of popular resistance and restrictive laws makes church building in Egypt a difficult, fraught endeavor.

Adel Ramadan, a lawyer at the Egyptian Initiative for Personal Rights specializing in the freedom of belief, said public rejection of churches by the Muslim majority and state discrimination feed into each other, creating a “vicious circle” that stands in the way of building churches in Egypt.

“Building churches in Egypt depends on the approval of the Muslims rather than the needs of the Christians,” said Ramadan.

He added that the lack of a firm reaction from the security services to attacks on churches gives a green light to those who want to further these attacks. In turn, these attacks give the state an excuse to continue to discriminate against the building of worship houses for non-Muslims under the pretext of keeping order.

A ‘threat’ to security

“The church is still viewed by the state as a building that threatens national security and accordingly needs restrictions imposed on its building,” Ramadan said. “We have to let go of this perception. People have to be convinced that the church is not a harmful building that endangers the state or Muslims.”

Adel said that in many sectors of society, the church is seen as a Satanic place, or a place where black magic is performed. Last year, Muslims in the area of Atfeeh in Helwan partially demolished a church, claiming Christians were preparing harmful potions against them in it.

Once Omar left for the mosque, the Christian neighbor whom he had embraced in a one-armed hug, Eissa, said he feels a new hostility from his Muslim neighbors following the dispute over the church. They had been living in perfect harmony, Eissa said, but now the peace has been disturbed and a new tension lingers in the air.

“We used to eat together and they invited me into their homes, but something has changed, the peace has been disrupted. Now they barely acknowledge me while passing by,” he said.

When the construction started, Eissa said, the Muslim residents of the street began to openly announce to their Christian neighbors that they would stop the church from being built, even by force. Some even threatened to burn Christians’ houses.

The Christian minority didn’t respond in order to not to escalate the tension, Eissa said, and also because they knew that neither the street nor the law would back them up.

“When Muslims do something bad it passes, but if we had done the slightest thing wrong when we responded, the news would have spread everywhere,” said Eissa.

Indeed, Muslim residents do not hide their rejection of the building of the church and their feeling that the law empowers them.

When asked why his Christian neighbors should hear the Islamic call for prayer rather than the church bell, his answer was, “This is an Islamic country.”

In 1933, further restrictions were added to the building of churches through a document known as “Ezaby’s 10 conditions,” issued by the deputy interior minister at the time.

The conditions include a rule that no church is to be built close to a mosque or in the middle of Muslim residential areas. The list also requires the number of Christians in the area and the closest existing church to be taken into account.

Currently, a presidential permit is required for the construction of new churches. The security apparatus prepares a file assessing the situation to support each decision.

In 1988, former President Hosni Mubarak transferred the permit process for the restoration of existing churches from the presidential to the governorate level.

But, due to arbitrary procedures, fixing a leaking faucet in a church could take up to two weeks of paperwork, Ramadan said, and acquiring a church permit has become a rare event worthy of celebration in Christian communities.

In late 2010, violent clashes broke out in Omraneya in Cairo between Christians and security forces, who attempted to stop the conversion of a service center into a church, saying it violated the license of the place.

Ramadan, however, said this type of conversion is a legitimate legal maneuver, the likes of which are often employed.

Even if Christians manage to overcome the legal and bureaucratic hurdles and acquire a permit for the church, vigilante resistance often intervenes. And the state doesn’t help.

Nearby, the church has been unable to build a service center for which it had acquired a license 10 years ago, because Salafis attack the building whenever the construction starts, says Priest Felopateer Rateeb, who is responsible for the planned new service center.

Rateeb says that while all the other buildings in the area went up undisturbed without a permit, the Christians are unable to build a church even after they go through the legal channels.

He says the church rejected the officials’ call for an informal reconciliation, which is the state’s preferred solution for sectarian clashes, and adds that the church is not willing to compromise on its right.

“We’ve tried these informal solutions before and they got us nowhere. An informal reconciliation means compromise from both sides. Why should we compromise when we’re the ones assaulted?” he asks.

Currently, only one church serves most of Shubra al-Kheima. Rateeb says the church only accommodates a fraction of the Christian congregation in the area.

The church had given orders to its congregation not to approach the site of the tension last week so as not to escalate tensions. However, Rateeb says he’s not sure the church can hold back the people any longer if more violations are committed against Christians in the area.

The church will not give up one inch of its land, he adds.

Rateeb hails the decision of the public prosecutor to restore the land to the church, and demands the law be enforced against those who attack the churches. However, he is fearful that they may still get their way under the new administration.

He refers to the Salafi current, whose influence has grown since last year’s revolution.

“There’s a sector now that’s allowed to do anything. Anyone who differs from them is labeled a non-believer,” says Rateeb 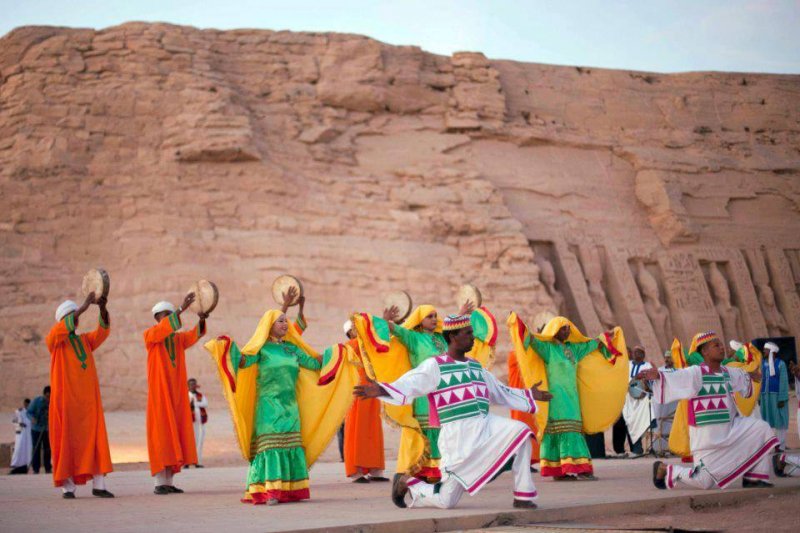 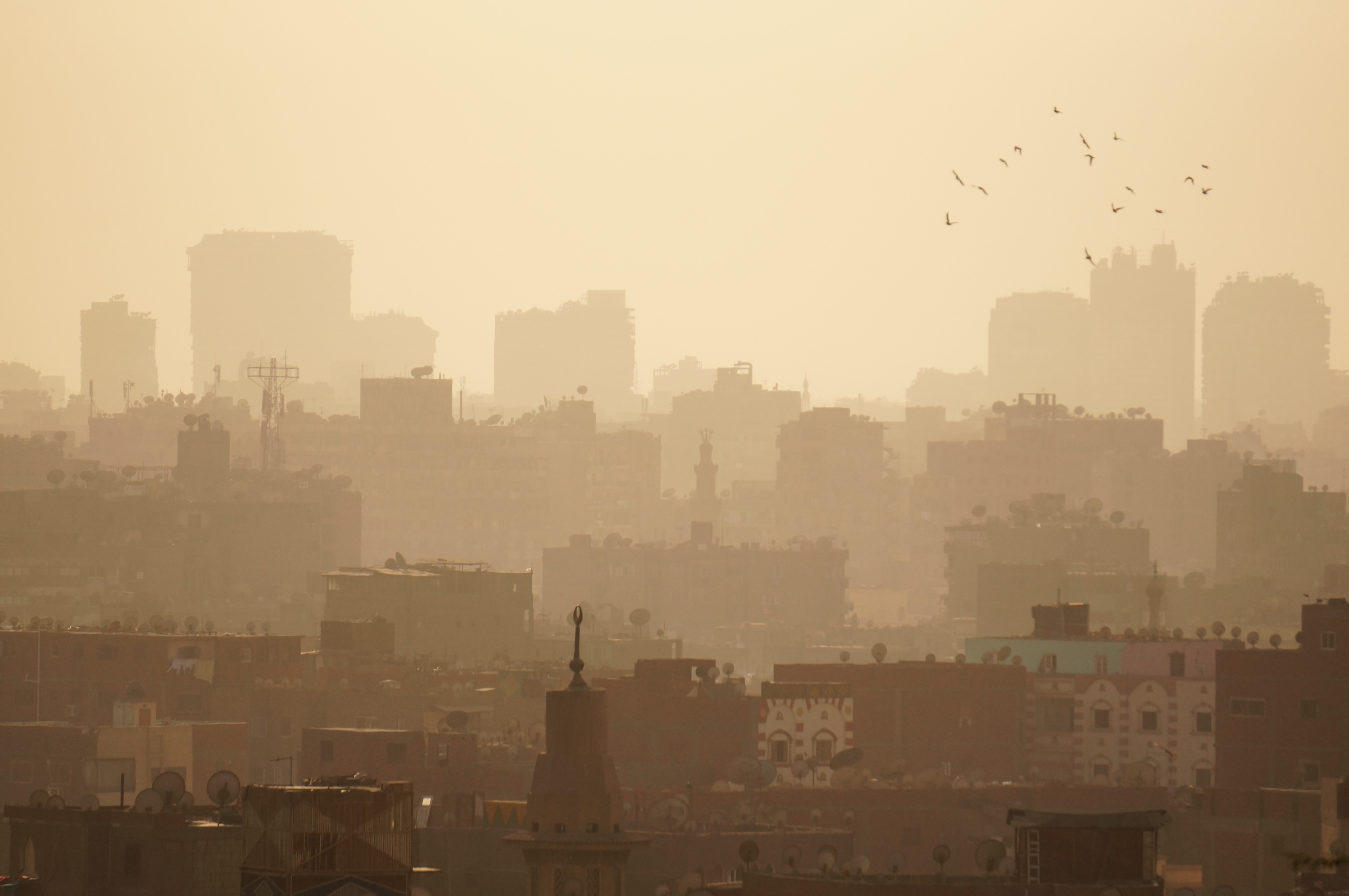