Robert Wedderburn’s mother was a slave who was sold by Wedderburn’s father, a Scottish plantation owner, when she was five months pregnant.

Born in Jamaica in 1762, Wedderburn eventually joined the Royal Navy, then became an important member of Britain’s multicultural working class as an anti-slavery advocate, a campaigner for freedom of the press, and a Unitarian minister. He is thought to have died in a British prison in around 1835.

His “remarkable life of Atlantic-wide subversion” is mentioned in an essay by “radical historian” Marcus Rediker in the Contemporary Image Collective’s (CIC) new publication, “Hydrarchy.”

There are many other revealing events and characters in the texts and artworks documented in the book. One work, by Uriel Orlow, focuses on the 14 cargo ships stranded with their crews in the Suez Canal for eight years after the 1967 war.

Another, by Melanie Jackson, deals with the container ship MSC Napoli, which sunk off the English coast in 2007. The media declared the flotsam — from motorbikes to nappies — to be common property, according to maritime legislation, and for a short time hundreds of people were allowed to freely scavenge.

Rediker argues that the Northern European deep-sea sailing ship — “from roughly 1500 to 1800 the world’s most sophisticated and important machine” — made possible a political and economic dominance that has lasted to this day. With “Hydrarchy,” the reader is forced compare these tall ships that enabled Europe’s expansion and the rise of capitalism (“no ships, no world market”) to the fragile vessels “illegally” heading toward Europe now.

In the book’s other essay, Iain Chambers argues that promoting such diverse versions of history is necessary on an ethical level. The book shows that with sea-related issues — such as colonialism, migration and the formation of nation states — “history is always now,” to quote Chambers' paraphrasing of Walter Benjamin.

A professor of post-colonialism, Chambers reckons that the artistic image can be of use in countering smug linear historicism. In proposing rather than representing thought, and with its undisciplined reach and poetics, art “holds open a critical space.”

“Hydrarchy” is part of Disclosures, a curatorial umbrella set up in 2008 by CIC artistic director Mia Jankowicz and independent curator Anna Colin, which fits with Chambers’ ideas in that it “relates non-dominant histories to contemporary practices.”

Previous exhibitions and talks curated by Discloslures have centered on openness in cultural production (such as creative commons and open-source software), medieval England’s open-field farming system, and women and the archive.

The "Hydrarchy" project dealt with hierarchies of power at sea from both above (the maritime state) and below (the self-organization of sailors, slaves and pirates). It has spanned two years, and involved two exhibitions and two symposia (one at Gasworks in London and another at CIC in Cairo), and finally this book.

With "Hydrarchy," Jankowicz and Colin sought to show that the sea is neither a “sensational space” nor a “politically blank one,” but has played and still plays a crucial and complex role in global power relations. On the sea, the “outlines of the nation-state are simultaneously stretched and punctured” and “new fictions of sovereignty and cultural distinction are written and unwritten.”

Due to space, only an introduction and the keynote speeches from each symposium were included in the bilingual English and Arabic-language book, along with images from the two exhibitions. The book refers us to the Disclosures website to see more of the contributions, but it has not yet been updated with material from the Cairo exhibition or symposium.

In Rediker’s very readable essay, he explores the concept of hydrarchy from below, which he says “has a more connected and continuous history than we knew.” He reports, for example, the surprisingly democratic practices of pirates and the origin of the labor strike — in 1768, sailors “struck” down their sails after a wage cut.

In Chambers’ wordier contribution, he describes his concept of “maritime criticism,” which in commencing from the sea “sets existing knowledge afloat” and evokes “the inconclusive and unsteady framing of histories.” He combines this with the idea of art as a “critical cut,” which due to its “excess and unauthorized reach” is “able to disturb and displace the authority of the disciplinary accounts provided by historiography, sociology, anthropology, art history and literary criticism.”

In this, art has an important ally: “The contemporary migrant and her clandestine histories … reopen the archive, ushering a colonial past into the present,” lifting “the screens of progress” that had veiled it. Through the movement of migrants, “the distant shore and marginal world that is hidden becomes immediate; it is […] exposed by the body of the feared foreigner, the despised stranger.”

The pictures accompanying the book’s essays are tantalizingly small (though most of them are easily found online), the installation photographs are rather dark, and the text could be cleaner, but this doesn’t deter much from the publication's fascinating content and the whole project’s exciting ideas.

Designed by Lisa Kreutzer, printed in Cairo and available for free at CIC, it is a handsome book, the cover of which uses an engraving of the Hydra, the seven-headed monster of Greek mythology, representing here the hydrarchy’s proletariat. While the cover artist was not named, on asking CIC, I discovered that the engraving was by Dutch zoologist and pharmacist Albertus Seba, made in 1734 for his thesaurus of animal specimens. (The Internet then revealed that it was inspired by a hydra in Hamburg that was later revealed to be a fraud made of weasel and snakeskin.)

At the publication’s launch event on 30 September, two short films were shown: Anja Kirschner and David Panos’ “Polly II: Plan for a Revolution in the Docklands” (2006) and Mati Diop’s “Atlantiques” (2009).

The two films are very different, but the literary or poetic is central to both. “Polly II,” which was part of the London "Hydrarchy" exhibition, is loud and exuberant, full of do-it-yourself special effects and commentary adapted from “The Beggar’s Opera,” John Gay’s 1728 satirical anti-opera. In a future, flooded East London, damp and largely overweight pirates and outcasts plan a revolution and kidnap a handsome young banker in a 30-minute film that, as Jankowicz pointed out in a brief talk prior to the film, brings together our current preoccupations with financial speculation, global warming and revolution.

Mati Diop’s film is a concise, very quiet and visually dark documentary shot in Senegal. It shows a return, a fireside talk between friends, and a disappearance — a funeral. In the first part, Serigne attempts to tell a couple of friends about the horror and loss of his trip in a fragile boat to Europe, why he did it, and why he will do it again.

“It’s not about courage,” he insists. “Imagine your mother saying that there’s nothing to eat. What would you do?” He talks of being “shocked by the winds and waves,” a feeling “like being trapped in a falling building,” and people that turned into fish.

“To me nothing is worth boarding a pirogue,” says his friend.

The film concludes with the bright artificial revolutions of a lighthouse light, and a quote from one of the survivors of the Medusa, a French ship that sank in the early 19th century on its way to reclaim colonized Senegal from the British: “The fever is a nightly invader of your sleep …”

These films, like the other works in the two "Hydrarchy" exhibitions, with their mixing up of times and their simultaneous specificity alongside what the book’s introduction calls an “undefining of things,” create alternative narratives. This offers hope for the role of art but also, as Chambers suggests, for “opening the doors of justice on the future.”

Philippines will explore for oil in South China Sea even without a deal with Beijing: Marcos 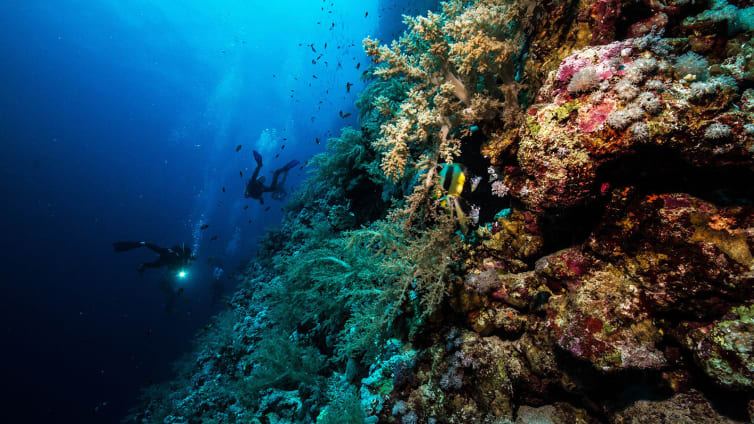 Best things to do on water in Egypt 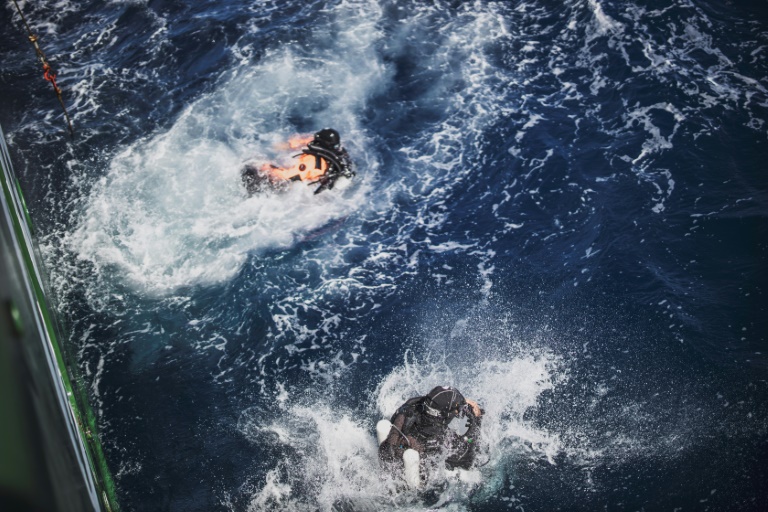 Atlantic haven is a test bed for planet’s sickly oceans