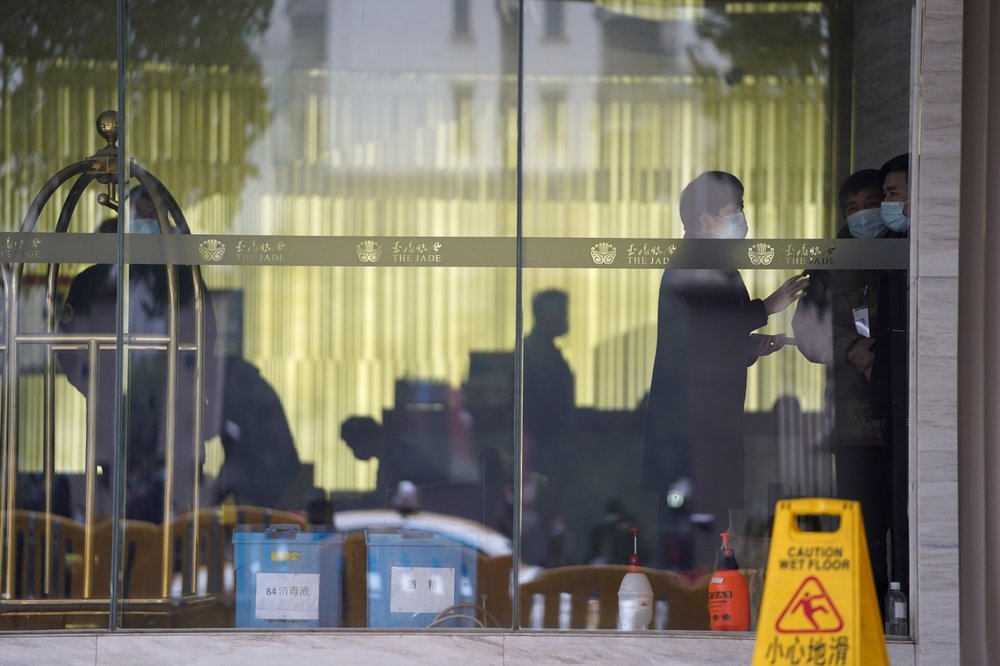 WUHAN, China (AP) — A World Health Organization team emerged from quarantine in the Chinese city of Wuhan on Thursday to start field work in a fact-finding mission on the origins of the virus that caused the COVID-19 pandemic.

The researchers, who were required to complete 14 days in quarantine after arriving in China, left their quarantine hotel and boarded a bus in the midafternoon. It wasn’t immediately clear where they were headed.

The mission has become politically charged, as China seeks to avoid blame for alleged missteps in its early response to the outbreak. A major question is where the Chinese side will allow the researchers to go and whom they will be able to talk to.

Yellow barriers blocked the entrance to the hotel, keeping the media at a distance. Before they boarded, workers in full protective gear could be seen loading their luggage onto the bus, including two musical instruments, a dumbbell and four yoga mattresses.

Earlier this month, former WHO official Keiji Fukuda, who is not part of the team in Wuhan, cautioned against expecting any breakthroughs, saying it may take years before any firm conclusions can be made on the virus’s origin.

“This is now well over a year past when it all started,” he said. “So much of the physical evidence is going to be gone. The memories of people are imprecise and probably the physical layout of many places are going to be different than they were and how people are moving about and so on.”

The mission only came about after considerable wrangling between the sides that led to a rare complaint from the WHO that China was taking too long to make final arrangements.

China, which has strongly opposed an independent investigation it could not fully control, said the matter was complicated and that Chinese medical staff were preoccupied with new virus clusters Beijing, Shanghai and other cities.

While the WHO was criticized early on, especially by the US, for not being critical enough of the Chinese response, it recently accused China and other countries of moving too slowly at the start of the outbreak, drawing a rare admission from the Chinese side that it could have done better.

Overall, though, China has staunchly defended its response, possibly out of concern over the reputational or even financial costs are being lacking.

Image: Workers are seen inside hotel where a team of experts from the World Health Organization are quarantined in Wuhan in centra China’s Hubei province on Thursday, Jan. 28, 2021. A World Health Organization team has emerged from quarantine in the Chinese city of Wuhan to start field work in a fact-finding mission on the origins of the virus that caused the COVID-19 pandemic. (AP Photo/Ng Han Guan)

China plays down WHO concern about delay in coronavirus team's trip