Facebook Twitter LinkedIn
While the words "hotel chain" may drudge up thoughts of cookie-cutter interiors, dusty bed runners and carpets long overdue for a refresh, the world's best brands are proving that sharing the same proprietary name doesn't mean a property is destined to be bland.
The world's top hotel brands foster loyalty and set reliable standards that rival the best independent restaurants and design that conjures a sense of place.
As part of its annual World's Best list, Travel + Leisure magazine asked readers to vote for their favorite hotel chains.
A stay at any one of these top properties could easily banish your fears of brand-name boredom with a single step through the front door — which will inevitably be held open by a cheerful attendant or a bellhop in full regalia.
1. Oberoi 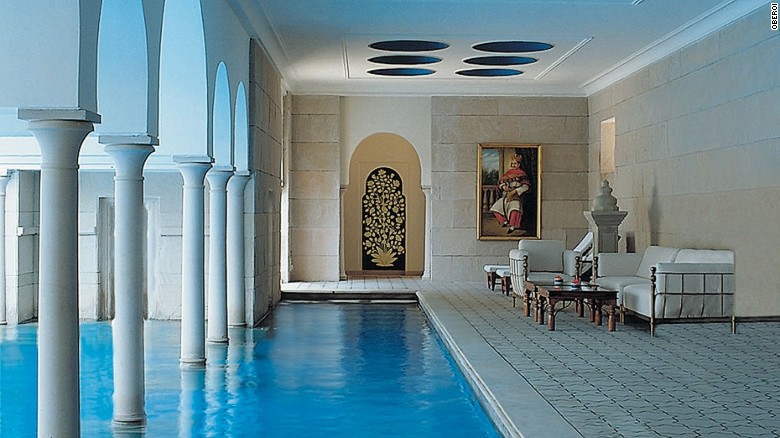 All of Oberoi's properties are known for extraordinary service, lavish accommodations and attention to detail. Though the bulk of its properties are in India, it has resorts in Indonesia, Dubai, Mauritius, Egypt and Saudi Arabia. The Oberoi Amarvilas Agra (pictured) is just 600 meters from India's Taj Mahal.
It should come as no surprise that the top hotel in the world according to T+L readers, The Oberoi Udaivilas, is from the top hotel brand in the world.
The Indian palace, on the banks of Lake Pichola, is the epitome of Oberoi Hotels & Resorts.
Like Udaivilas, all of this brand's properties are known for extraordinary service, lavish accommodations and an attention to detail.
2. Aman
' 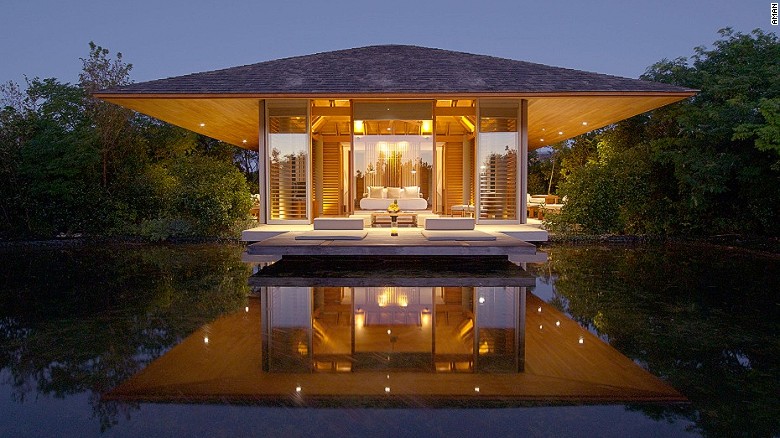 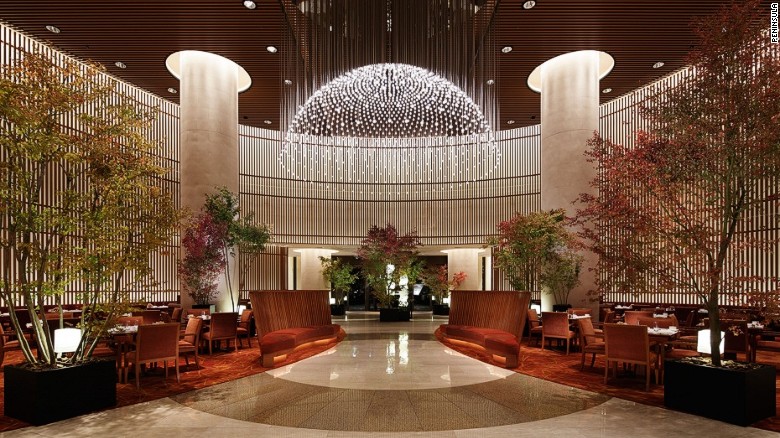 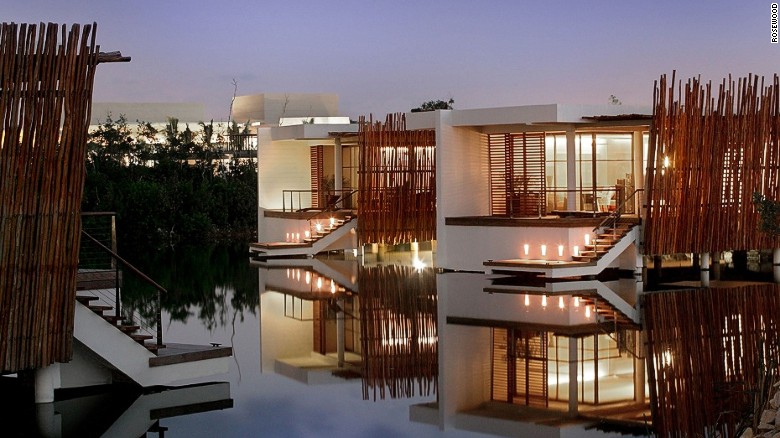 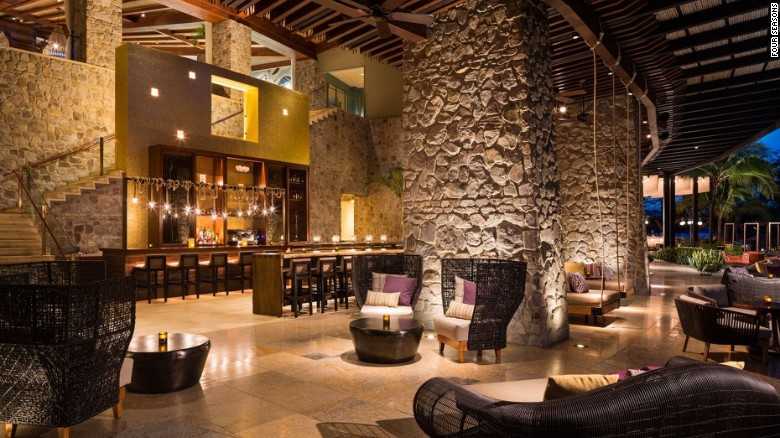 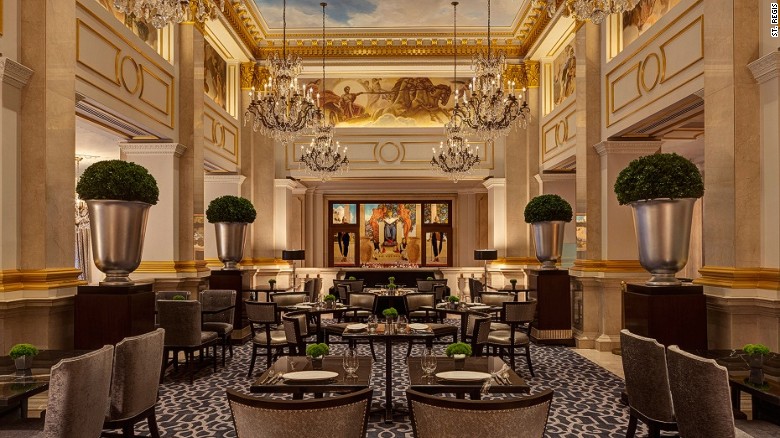 St. Regis properties dazzle with touches like fresh flowers in the rooms and live jazz performances.
The hallmark St. Regis Butler Service has been in place since Colonel Astor IV debuted the first St. Regis hotel in New York in 1904.
Today's butlers are not unlike a fleet of attentive, refined, generous personal assistants.
They'll unpack and repack your suitcase, deliver your afternoon tea and press your garments.
In Aspen, specialized Ski Butlers will meet you at the gondolas with your equipment and warmed boots.
7. Auberge 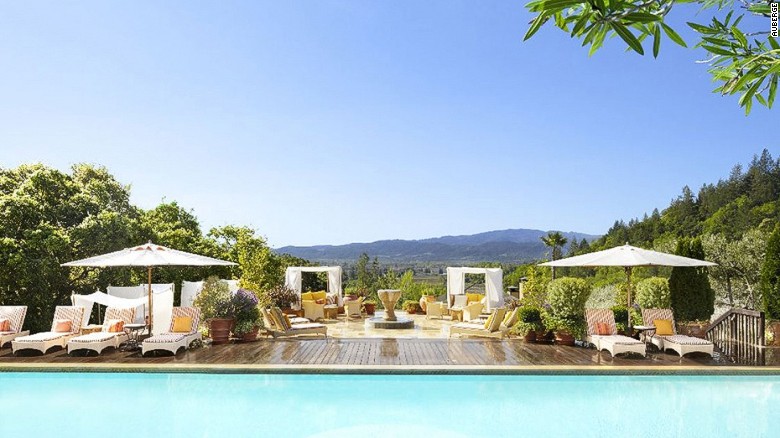 Auberge Resorts offerers some of the world's best service, food, design and locations, according to T+L readers. The French-inspired, adults-only Auberge du Soleil (pictured) is set in California's Napa Valley.
Even without a loyalty program, family-owned Auberge Resorts' collection of properties easily entices guests back.
The service, food, design and locations are among the best in the world.
Auberge du Soleil in the Napa Valley, which opened in 1981, is the brand's flagship property.
Today, it has nine properties in its collection.
This summer, the brand announced it would expand to South America with Hacienda AltaGracia, a series of 50 casitas in the mountains of Costa Rica.
Rejuvenation is a key part of the Auberge experience.
All the properties have five-star spas with such amenities as complimentary yoga classes, hot springs, soaking pools and couples' suites.
8. Belmond 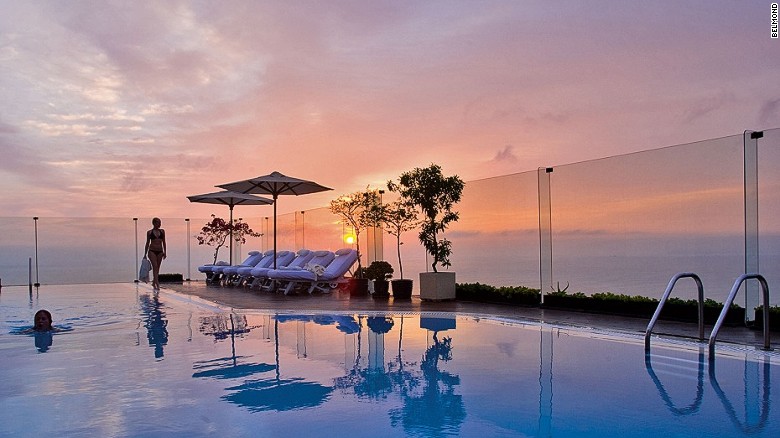 Orient-Express re-branded last year and is now known as Belmond. Whether at a Belmond resort such as Lima, Peru's Belmond Miraflores Park (pictured) or sailing on one of its river cruises, the company is revered by T+L readers for its attention to detail.
After a major rebranding last year, Orient-Express became Belmond (derived from the Latin for "beautiful" and "world").
Part hotelier, part travel operator, Belmond has attracted luxury-seeking travelers by being the authority in all realms of the travel-sphere.
The company is revered for its diversity and attention to detail.
Belmond's properties in Italy, Peru, Mexico, South Africa and Cambodia all snagged spots on T+L's Overall and Regional World's Best lists this year, including the Belmond Hotel Caruso, which is housed in an 11th-century palazzo.
Belmond Hotel Caruso | Piazza San Giovanni del Toro 2, 84010 Ravello Italy
9. Mandarin Oriental 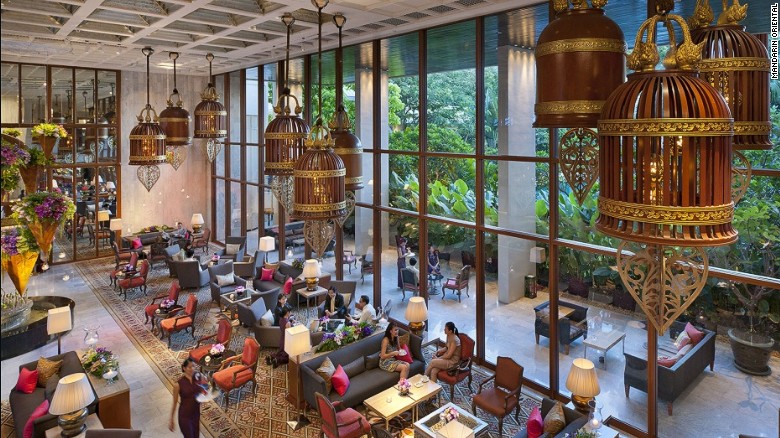 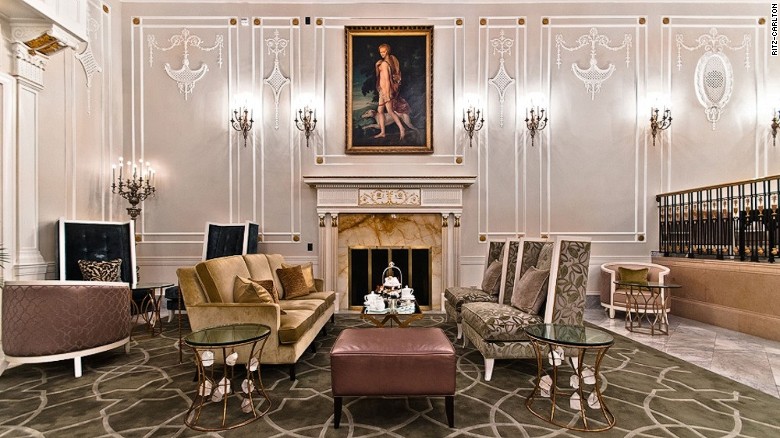 Ritz-Carlton made its debut as one of the world&#39;s top hotel brands on Travel + Leisure's 2015 World's Best list. Part of the brand's appeal? Location. Whether it's New York or Montreal (pictured), booking a reservation with Ritz-Carlton usually means you'll be staying in a great location. For more of Travel + Leisure's 2015 World's Best Awards, which cover everything from hotels to airports,
Despite regular Ritz-Carlton guests noting that some of the brand's older properties are beginning to show their age, this luxury franchise made its debut as one of the world's top hotel brands among T+L readers this year.
Booking a reservation with the brand ensures a stay in an unbeatable location.
In Manhattan, the Ritz rises from the southern edge of Central Park.
In Kyoto, voted World's Best City by T+L, the deferential debut of the modern-day ryokan (the first true luxury property in an ancient capital known for preserving tradition) places 134 guest rooms on the banks of the Kamo River.
More than anything, Ritz-Carlton is committed to preserving its brand and local legacies.
Guests at the aforementioned New York City property are greeted by carriage horses, while many tables at properties around the world are still set with signature cobalt-blue crystal goblets: a nod to the blue Czechoslovakian chandeliers in the original Ritz's dining hall.
Tags
Aman junkies Best hotels Four sessions Peninsula Hong Kong St Regis