Facebook Twitter LinkedIn
Samsung has told customers worldwide to stop using their Galaxy Note 7 smartphones after a spate of battery explosions threatens to derail the powerhouse global brand.
It is the latest in a string of lithium-ion battery fires on products ranging from laptops to hoverboards to planes — and a reminder that pushing the technology envelope can sometimes be problematic.
Here are some things to know about Samsung's snowballing safety crisis, the handset recall and why batteries can be a fire hazard.
How do these batteries work and why do they catch fire?
A lithium-ion battery is a rechargeable battery which is prized for handheld electronics because it can pack a considerable amount of energy for its weight.
Like all batteries, it uses different materials, one holding positive ions — the cathode — and the other holding negative ions — the anode.
These ions move one way when charging, and back again when discharging — being used.
These two layers — or conductors — are never supposed to touch, so manufacturers insert separators to keep them apart.
Unfortunately, the chemical reaction that makes batteries work also creates heat. Added risks with lithium-ion batteries is that they contain a compound that is flammable and the battery cells are pressurised.
Manufacturing flaws affecting the separators are one potential source of fires. Another is damage to the battery.
In addition, overcharging the packs — or charging them too fast — can also lead to overheating and a short circuit that can cause a fire.
What is the issue with Samsung’s batteries?
Samsung has said a "very rare manufacturing process error" affected the separators, leading to parts of the battery that should never touch coming into contact.
Manufacturers have been striving to extend the capacity of batteries to handle power-hungry devices.
"Smartphone makers are trying to squeeze these batteries into a small, thin package," said Hideki Yasuda, an analyst at Ace Research Institute in Tokyo.
"Since batteries generate energy through a chemical reaction, it's really hard to reduce the risk (of fire) to zero.
Gadget makers have weigh all sorts of factors like performance, cost and safety when rolling out their next-generation technology.
"Sometimes convenience comes with a price," said Yasuda.
Has this happened before?
Yes. Battery fires have been reported in products including Sony Vaio laptops, last-year's must-have toy the hoverboard, electric bikes and even Boeing's Dreamliner jet.
In Samsung's case, faulty batteries caused some handsets to burst into flames during charging.
Cases of exploding batteries continued to emerge following the recall announcement, with users claiming a burning device had damaged a hotel room in Australia or set a car on fire in the US.
How extensive is the problem?
Millions of lithium-ion batteries are produced annually with a tiny fraction of those catching fire or exploding.
At the start of September Samsung had received reports of about 35 incidents involving the phone's batteries, with the tech giant launching a recall of 2.5 million Notes 7s in 10 markets. The firm said it would exchange the devices but there have been troubling reports that the batteries in the new handsets have also been involved in fires.
"It's not easy to know if Samsung's problem is the same as others … at this point," Yasuda said.
"If its battery suppliers sell these same ones to other producers, it could possibly affect them too."
What does this mean for Samsung and other gadget makers that use these batteries?
According to some analysts, the cost of the Samsung recall operation could be up to $2 billion.
Although the company issued a stronger-than-expected operating profit forecast for the third quarter earlier this month despite the Note 7 setback, it has been battered by slumps in share price over its exploding smartphone woes.
The US Federal Aviation Administration has also issued a guidance update, urging all passengers to power off, and not use, charge, or stow in checked baggage, all Samsung Galaxy Note 7 devices — originals or replacements.
The scandal will also put pressure on other gadget makers to figure out how to make battery packs safe for ever-smaller devices.
"We always want batteries to be safe but also to be more efficient," said Guy Marlair, a France-based safety expert.
"The more that we boost the battery's performance, the higher the energy density in a small space and the tougher it is to manage security."
Tags
Batteries Galaxy Note 7 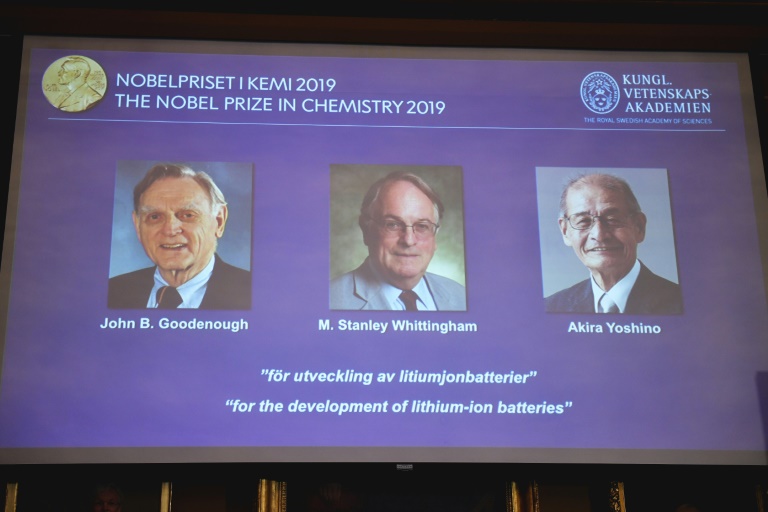