CNN – In the past two months, Apple, Google and Samsung have all unveiled their newest smartphones and other devices with the goal of getting consumers to upgrade ahead of the holidays. But in the process, these and other companies may also be adding to a growing problem: electronic waste.

The limited lifespan of many tech gadgets combined with few options to fix older devices, have caused the issue of e-waste to surge over the years. United Nation’s data indicates the world generated a staggering 53.6 million metric tons of e-waste in 2019, and only 17.4% of that was recycled.

Friday marks International E-Waste Day, an annual opportunity to reflect on the impacts of electronic waste and do more to repair or recycle them. The Waste Electrical and Electronic Equipment (WEE) Forum, a Brussels-based nonprofit that has spearheaded the occasion since 2018, said the focus this year is on taking action with the small bits of e-waste many people may unintentionally hoard, including your old cell phone, headphones, remote controls and computer mouse.

“People tend not to realize that all these seemingly insignificant items have a lot of value, and together at a global level represent massive volumes,” Pascal Leroy, director general of the WEEE Forum, said in a statement.

The issue of e-waste is about much more than just cleaning out space in your junk drawers.

The US Environmental Protection Agency says large swaths of e-waste are shipped to developing countries that lack the capacity to reject these imports or infrastructure to safely recycle them. The World Health Organization also warned that children, with their smaller hands, are often used to process mountains of e-waste in developing nations in search of valuable elements such as copper, silver, palladium and more. The WHO said more than 18 million children are exposed to a range of negative health impacts as they engage in this informal e-waste processing industry.

Here are a few steps you can take with the phones, laptops and chargers you have stashed at home to alleviate the e-waste burden.

If you live in an area that offers e-waste disposal services (either via specific pickup dates or at a drop-off location), experts say that’s among the easiest and most intuitive ways to clear out old gadgets.

Various coalitions have emerged in recent years to give consumers the option to responsibly dispose of devices. The e-Stewards group and Sustainable Electronics Recycling International each offer online tools to find recycling centers that they have certified.

The collective impact of recycling e-waste can be staggering. For every 1 million cell phones that are recycled, the EPA says 35,000 pounds of copper, 772 pounds of silver, 75 pounds of gold and 33 pounds of palladium can be recovered.

But not all municipalities in the US offer infrastructure for e-waste recycling.

Check with the retailer

If you can’t find a recycling center nearby, a growing list of major retailers — including Staples and Best Buy — also have programs that let customers bring in e-waste for recycling. And many producers, including Apple (AAPL), have programs that offer credits or free recycling in exchange for trading-in used gadgets. Google (GOOG), for example, offers an option to request a free shipping label to mail in some used gadgets and electronics for recycling.

Environmental advocates say the most important step to tackling the mounting e-waste problem is simply to try and use your electronics for as long as possible. In some ways, that’s getting easier than ever.

While tech manufacturers have come under fire for tactics aimed at making you upgrade, policymakers have recently enacted changes to push companies to make it easier for customers to repair consumer electronics and support the rise of the Right-to-Repair movement.

Earlier this year, Apple and Samsung launched their self-service repair stores, offering parts for users seeking do-it-yourself fixes for their smartphones. Google similarly announced it would offer genuine Pixel parts for DIY-ers at an online store this year. 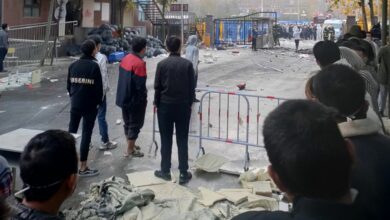