A freeze has been imposed on demolitions, but residents of Ezbet el-Haggana in the Eastern Cairo neighborhood of Nasr City still aren’t sure of what will happen next or why the demolitions started in the first place.

Demolition orders have been issued against 28 residential towers in this sprawling informal neighborhood and buildings were already demolished before the freeze was imposed. Further evictions and demolitions in the neighborhood are still possible.

On 15 December clashes erupted between residents of Ezbet el-Haggana on the one hand, and demolition crews and security forces on the other. The nearby police station of Zahraa Madinet Nasr was pelted with stones, while one elderly resident died in his home as a result of these events. Around a dozen local residents, 17 troops from the Central Security Forces, and a number of police officers were injured.

The next day MPs from the ruling National Democratic Party and from the opposition, as well as independents, denounced the forced demolition orders that seemed to have come out of nowhere.

Ceramics tycoon and MP from the NDP, Mustafa el-Sallab, hung large banners near one of his warehouses in Ezbet el-Hagana, congratulating local residents on the parliamentary stand that halted the demolition orders.

Nasr City’s other MP, Essam Mokhtar of the Muslim Brotherhood, was also satisfied with the results of the parliament’s efforts to stop the demolition. Mokhtar said that if evictions and demolitions are necessary, the process must be different.

"If there are any dangerous building code violations then these violations must be taken into account. But the eviction orders must be well-studied and planned, not haphazard. In case of any necessary evictions, the residents must be provided with compensations and alternate housing,” Mokhtar said.

Khaled Mustafa, media spokesperson for Cairo Governorate, says that the case of Ezbet el-Haggana is "not unique."

"Every week there are demolition orders issued against buildings and structures which are architecturally unsound or which violate the building codes specified in Law 119/2008,” Mustafa said. "There will be no compensation for owners of these structures because they were constructed in contravention of Law 119/2008, after this law was issued.”

Mustafa said “it may be necessary to conduct further demolitions.”

On the dusty tower-lined Hosni Mubarak Street in Ezbet el-Haggana there is a two-story structure, a gray skeleton of a building, which has been torn down. To the right, into the perpendicular Ismailiya Street, there are three other demolished buildings. One of these structures is an 11-story building, the top five floors of which have been demolished, as has the first floor. Between these ruined floors are eight fully-furnished apartments housing some 25 individuals.

“We’ve been living in this apartment for the past three years now, so I don’t understand why the authorities are so keen on evicting us all of a sudden,” said a resident of the gutted building and a mother of two who identified herself only as L.H. She says that more than a week before the 15 December clashes a demolition crew appeared at her building and told her she was being evicted because the tower impeded airplane navigation. "Naturally we told them that we have nowhere else to go."

"Why have the authorities singled out this building in particular? The buildings to our right and to our left are exactly the same height as ours, plus they are unoccupied. I believe that the landlord refused to pay local officials and engineers their bribes.”

Manal el-Tibi, Director of the Egyptian Center for Housing Rights said that the experience of Ezbet el-Hagana residents is not unusual. “It is common to find demolition crews knocking down whole floors in buildings that are occupied in order to force the remaining tenants to abandon their homes. Sometimes these crews even knock-down stairwells to make it impossible for residents to continue living in their homes.”

Although it is common, El-Tibi said that what happened in Ezbet el-Haggana isn’t possible anywhere in Cairo. "The authorities could never have executed such demolitions in [the upper middle-class neighborhoods of] Nasr City, or in Mohandiseen, where there are countless numbers of building code violations.”

El-Tibi said that although it is unclear why these buildings in Ezbet el-Haggana are being demolished, the area is included in the "Cairo 2050" renovation plans, which she described as massive beautification project serving the interests of investors.

A real estate contractor in the area, who wished to remain anonymous, also saw no good reason for these buildings in Ezbet el-Haggana to be demolished, even though they may have violated certain building codes. "All these building code violations were conducted with the approval of engineers from the city council. As long as you remember to pay these engineers you can violate the building codes as much as you like," the contractor said.

He recalled how the area “was an uninhabitable plot of desert owned by the armed forces. We connected ourselves to all the utility grids available. Just five years ago there was no access to water, electricity, gas, or waste water drainage; now every apartment has these utilities.”

Although there are no official statistics for Ezbet el-Haggana, estimates suggest that 500,000 to over one million people, live within an area of roughly 31,000 square meters. The contractor added “This is no longer a desert, and it is not an informal slum. So why are the authorities trying to force us out? In whose interest are they doing so? We need to know.”

Court urges Ahmed Ezz to pay LE30,000 a month for his twin children 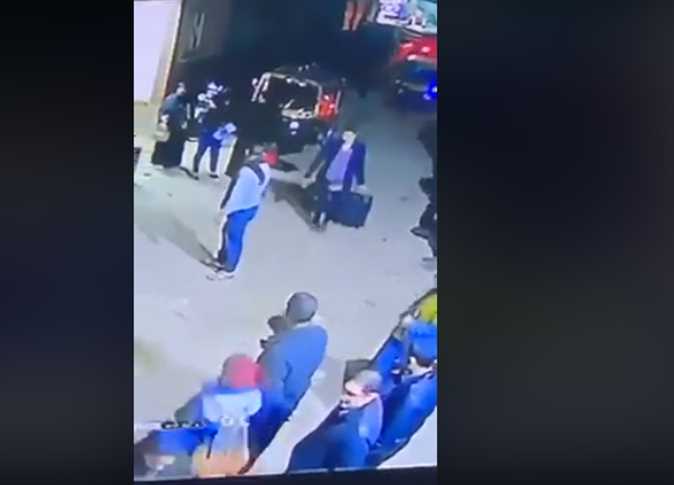