The story out of Egypt that seemed to garner the most attention in international media this week was the news of an underground wall that Egypt is building on the border with Gaza in an effort to prevent smuggling into the blockaded Palestinian territory. The news was first revealed over a week ago by the Israeli daily Haaretz, and has subsequently been picked up around the world.

The American daily the Los Angeles Times ran a report on the controversy surrounding the wall in Egypt and the wider Arab world. “The controversy highlights Egypt’s close geographical and emotional ties to the Palestinians, but also the complex political dilemma it faces in attempting to undercut Hamas,” the LA Times wrote.

The wall also got play in the Christian Science Monitor, USA Today, and a number of other publications.

British daily the Guardian, meanwhile, ran with a report last week on the economics of Sinai to Gaza smuggling tunnels, discussing the costs of moving goods through the tunnels and the inconsistencies in Gaza’s smuggled imports. “[D]eliveries are vulnerable to the vagaries of supply in Egypt. One week Gaza is awash with a certain brand of detergent; the next it might be green T-shirts.”

The other main story from Egypt over the past week was less serious than the fate of Gaza, but contentious nonetheless. Head of the Supreme Council of Antiquities Zahi Hawass is continuing his crusade to reclaim ancient Egyptian artifacts that were taken out of Egypt during the colonial era.

Nearly every major American and British media outlet ran a story about the set of ancient wall paintings that were returned to Egypt from the French Louvre museum at the behest of Hawass, presented in person to President Mubarak by Nicolas Sarkozy.  The focus is now on a bust of the ancient queen Nefertiti, which Hawass is demanding back from Germany.

Bloomberg News also published a report on Egyptian reactions to the Swiss minaret ban, highlighting a contradiction between the Egyptian Muslims reaction to the ban and attitudes towards the construction of new Coptic churches. The consequences of the near-ban on church construction have been severe, according to the Bloomberg story. "Restrictions in Egypt have exacerbated sectarian violence and discrimination, say Copts, a 2,000-year-old denomination that comprises about 10 percent of the population."

The British Financial Times published an extensive report on Egypt intended to guide investors in the country. The Financial Times’ report suggested that Egypt has successfully weathered the global financial crisis, but is declining as a regional power and will face “formidable” economic challenges in the near future. The report was translated into Arabic and published in the local daily newspaper Al-Shorouq.

The main story around the world this past week was the Copenhagen climate summit, which wrapped up on Friday after two weeks of meetings and negotiations. The result of the conference was a non-binding agreement, described in an article written by an environmental activist for the British Sunday Independent as “a historic failure that will live in infamy.” British daily the Telegraph asked, “Who is going to save the planet now?”

American magazine TIME, meanwhile tried to analyze why the summit had failed to achieve a meaningful, comprehensive solution. 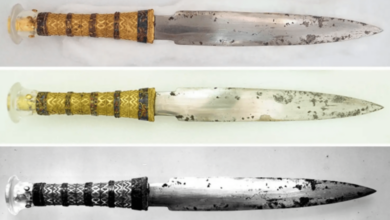 Photos: Most important discoveries of 2022 include King Tutankhamun’s meteor dagger 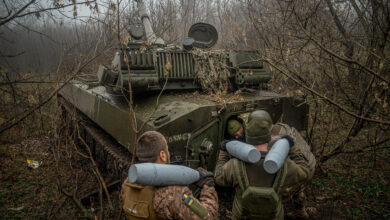