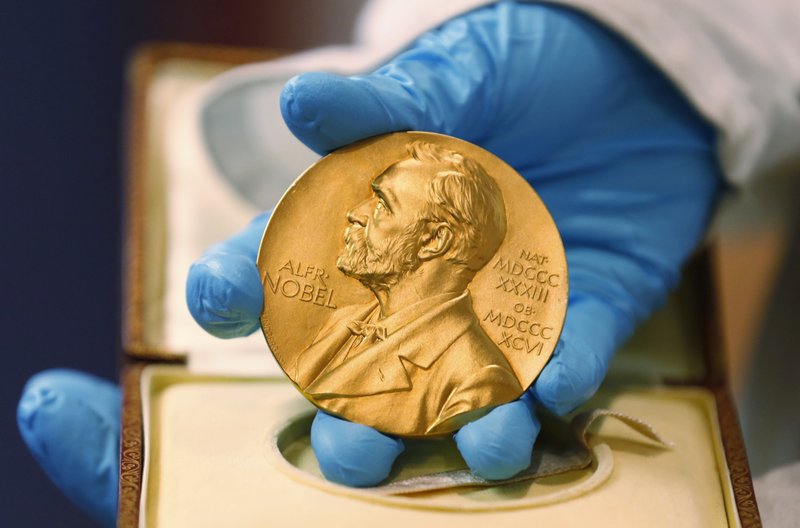 STOCKHOLM (AP) — The 2020 Nobel Prizes kick off Monday with the naming of the winner, or winners, in the field of physiology and medicine.

A panel at the Karolinska Institute in Stockholm will announce the recipient some time after 11:30 am. (0930 GMT).

The medicine prize carries particular significance this year due to the coronavirus pandemic, which has highlighted the importance that medical research has for societies and economies around the world. However, it is unlikely that the winners will have been directly involved in researching the new virus, as the prize usually goes to discoveries made many years or even decades ago.

Often the Nobel Assembly recognizes basic science that has laid the foundations for practical applications in common use today.

It is common for several scientists who worked in the same field to share the prize. Last year, British scientist Peter Ratcliffe and Americans William Kaelin and Gregg Semenza received the award for discovering details of how the body’s cells sense and react to low oxygen levels.

The prestigious award comes with a gold medal and prize money of 10 million Swedish kronor (over $1,118,000), courtesy of a bequest left 124 years ago by the prize’s creator, Swedish inventor Alfred Nobel. The amount was increased recently to adjust for inflation.

The other prizes are physics, chemists, literature, peace and economics.

Read more stories about Nobel Prizes past and present by The Associated Press at https://www.apnews.com/NobelPrizes