State-owned Al-Ahram leads with the story of border clashes between Israel and Lebanon on Tuesday morning. Israeli troops reportedly crossed the border to remove a tree on Lebanese territory. Consequently, Lebanese troops fired warning shots and Israel then opened fire. Four Lebanese soldiers were killed and four injured, reports Al-Ahram. In addition, a Lebanese journalist and an Israeli officer were also shot dead during the clash, considered to be the most serious confrontation between the two countries since 2006.

In other front-page news, Al-Akhbar, another state-owned newspaper, focuses on a telephone call between President Hosni Mubarak and Lebanese Prime Minister Saad al-Hariri about the border clashes. Both discussed the latest developments in the situation and Lebanon’s position.

Al-Wafd runs a headline reading “Jordan confirms it has evidence the rocket was launched from Sinai.” This comes in response to the five rockets that fell near Eilat and Aqaba last Monday, killing one person and injuring three more. Jordan has accused Egypt of targeting Jordanian territory.

According to Al-Wafd, Egyptian authorities launched a wide security sweep of Sinai after Jordan's allegations. Egyptian security sources said there were no organized group operations in Sinai, and denied Egypt's involvement in the attack.

In addition, Al-Wafd mentions that a meeting will be held by the Egypt-Jordan committee to discuss the details of the incident, according to Israel Today newspaper.

Reporting on the same issue, Al-Shorouq, independent newspaper, repeats Egypt's denial that the rockets that hit Eilat and Aqaba were fired from the Sinai Peninsula. Abdel-Fadil Shousha, the governor of south Sinai, is quoted as saying, “The border between Egypt, Israel and Jordan is a region of mountains and it is illogical to launch the type of missiles they are talking about from there.”

On the other hand Al-Shorouq reports that Israel has strong suspicions that Global Jihad is responsible for the attack, according to Israeli radio.

Al-Ahram also runs with news of rises in commodities prices due to the approach of Ramadan. According to the Egyptian consumer protection index, Egypt saw a dramatic food price increase during July in comparison with last year.

The index shows that average prices increased from seven percent to 43 percent for sugar, rice, egg, meat and oil, compared with the same time last year. In addition, eleven items, including sunflower and corn oil, milk and beans were found to have increased in price between two to seven percent in Cairo’s supermarkets. 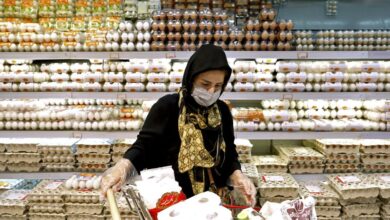 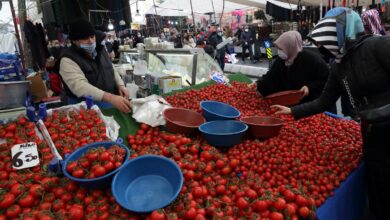