The General Authority of Healthcare in Egypt announced Saturday the launch of the largest medical tourism program from its hospitals in Luxor.

This move concedes with two major events in the governorate in the coming days; the opening of the Avenue of Sphinxes and the World Cities Day.

The head of the authority Ahmed al-Sobki said that his authority signed the largest cooperation protocol with one of the leading national medical tourism companies in the field of medical tourism.

This will thereby implement its programs in various medical specialties in the authority’s hospitals in the first five-star treatment hotel departments as part of the new comprehensive health insurance system.

Sobki explained that tourists will be brought-in for treatment in the authority’s hospitals in accordance with international standards under the umbrella of the brand launched by the authority – “We take care of you in Egypt.”

He said that for the first time, this medical tourism program will be implemented with regulatory mechanisms based on approved medical facilities, providing health services based on international standards.

The system will provide advanced medical and therapeutic services and surgeries, he said, adding that many hotel suites in hospitals have been equipped with the latest equipment.

Furthermore, it aims to bring patients from Africa, Libya, Yemen and a large number of friendly countries.

Sobki said that the hospitals of the General Authority of Healthcare represent the nucleus of medical tourism, and note that this project marks the first step on the authority’s place in global medical tourism.

As major events brings more tourists to Luxor, Sobki assured that all efforts are being made to prepare hospitals and medical services.

Sobki said that medical tourism offices will be provided at major airports and ports to receive foreign delegations and provide them with the highest quality services.

He added that the authority will also provide medical services in cooperation with senior foreign experts in their specialties.

A statement by the authority said that new services will be introduced, such as kidney, liver and marrow transplant surgeries, in addition to efforts to introduce river transport services and air ambulance for critical cases that need rapid transport. 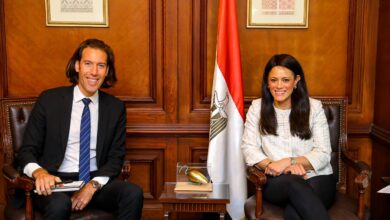