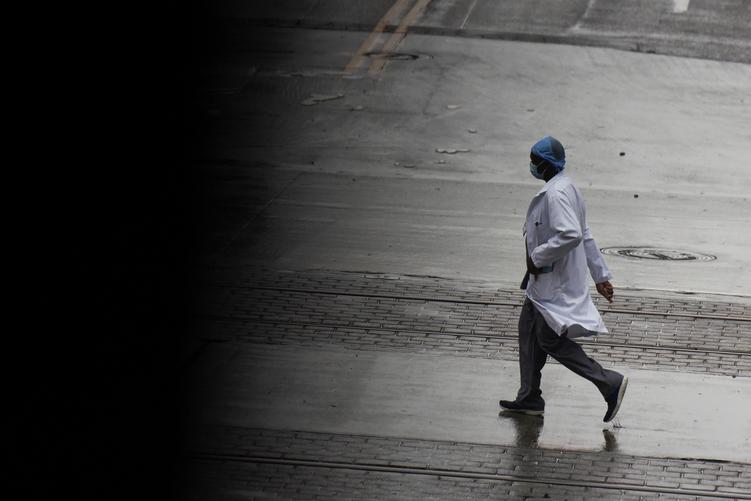 (Reuters) – The governor of Washington state on Tuesday ordered residents to wear face masks in public as officials across the country sought new means to control the coronavirus pandemic while easing clamp-downs on residents and reopening the economy.

The move by Washington Governor Jay Inslee came as Arizona, California, Mississippi and Nevada reported record numbers of new cases of COVID-19, the illness caused by the novel coronavirus. Texas set a record on Monday.

Washington state, site of one of the first known outbreaks of COVID-19, saw its positive tests rise by 35 percent last week.

“This is about saving lives. It’s about reopening our businesses. And it’s about showing respect and care for one another,” Inslee, a two-term governor who earlier this year sought the Democratic nomination for president, said of the face-mask rule.

While the United States appeared to have curbed the outbreak for several weeks in May, overall cases rose 25 percent last week, with 10 states reporting a greater than 50% rise in new infections, according to a Reuters analysis.

About a dozen other US states and some major cities have face-covering rules. California Governor Gavin Newsom, a Democrat, last week told residents to wear masks at nearly all times outside the home.

A sharp spike of COVID-19 cases in the state’s agricultural breadbasket has prompted a hospital in Lodi to stop accepting some patients who have other illnesses. California on Monday reported a record increase of over 6,000 new cases, according to a Reuters tally.

Throughout the United States, the virus is moving into rural areas and other places that it had not initially penetrated deeply. It is also renewing its surge in states, including Arizona and Texas, where restrictions meant to slow its spread were lifted early.

Anthony Fauci, the top US infectious disease official, told a House committee the surge in several states was concerning and the next two weeks could be critical in containing them.

In Texas, which has seen COVID-19 hospitalizations hit record highs for 12 days in a row, a Houston children’s hospital has begun admitting adult patients who are seriously ill with the virus.

“We know COVID-19 has not gone away. We implore you to take responsible actions – practice appropriate social distancing, wear a mask or face covering anytime you leave your home,” Texas Children’s Hospital said in a written statement.

The New York Times reported on Tuesday, citing documents it had obtained, that European Union nations were considering a ban on travelers from the United States, along with Russia and Brazil, as they reopen to tourists.

In March, as cases surged in Europe, President Donald Trump banned most travelers from European countries from entering the United States, sparking outrage from EU leaders.

While some of the increased numbers of cases can be attributed to more testing, the percentage of positive tests is also rising.

At least four states are averaging double-digit rates of positive tests for the virus such as Arizona at 20 percent. By contrast, New York, formerly the epicenter of the US outbreak, has been reporting positive test rates of around one percent.

Many of these states with rising cases are also seeing record hospitalizations – a metric not affected by increased testing.

In Arizona, hospitalized COVID-19 patients hit a record of over 2,100 on Tuesday, up 70 percent from two weeks ago. Only 16 percent of its intensive care unit beds remain available, according to a state website.

Days after his first rally since early March drew a smaller-than-expected crowd in Oklahoma, Trump traveled to Arizona on Tuesday to speak to college students gathered at a church in Phoenix.

Reporting by Lisa Shumaker and Karen Pierog in Chicago, Susan Heavey and Lisa Lambert in Washington, D.C. and Sharon Bernstein in Sacramento; Additional writing and reporting by Dan Whitcomb in Los Angeles; Editing by Bill Tarrant and Cynthia Osterman

Image: FILE PHOTO: A medical worker walks to work as storm clouds gather over the Texas Medical Center, amid the global outbreak of the coronavirus disease (COVID-19), in Houston, Texas, US, June 22, 2020. REUTERS/Callaghan O’Hare

The battle is not over: Rising infections seen worldwide