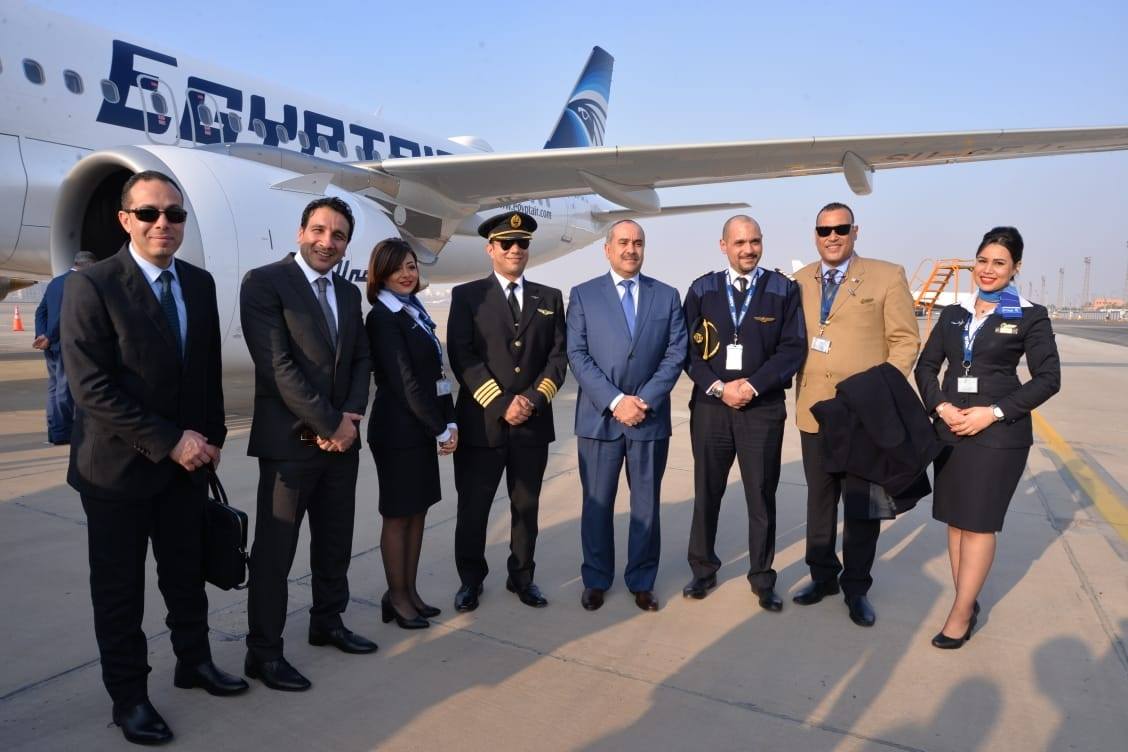 The aircraft, delivered from the Toulouse, France Airbus factory in cooperation with Aercap, is one of 15 planes from the same family contracted by EgyptAir with Airbus during the 2017 Dubai Airshow.

With this delivery, EgyptAir becomes the first airline in Africa and Middle East to operate both the A320neo and A220, which are among the most modern and fuel-efficient single-aisle aircraft types.

“Featuring the widest single-aisle cabin in the sky, the A320neo Family incorporates the latest technologies, including new generation engines and Sharklets, which together deliver 20 per cent reduced fuel burn as well as 50 percent less noise compared to previous generation aircraft”, according to an EgyptAir statement.

EgyptAir’s A320neo is configured in a two-class cabin with 142 seats, the statement added.

“Receiving the new aircraft is one of the links in the chain of developing the civil aviation sector, especially in light of the interest of the government to advance the civil aviation sector and all its subsidiaries through developing the sector’s vision, rationalizing expenditures, improving services ,” said Civil Aviation Minister Mohamed Manar.

The chairman and CEO of EgyptAir Holding Company Ahmed Adel said that “EgyptAir’s fleet has 22 Airbus aircrafts including eight A220s. Alongside the A220, the A320neo will be an integral part of EgyptAir’s fleet modernization plan that will replace its existing single aisle fleet.”

Superior cabin ambience is one of the things passengers can look forward to, he added, with features such as relaxing lighting, in-flight entertainment, Wi-fi connectivity, and Live TV with sports, news and other channels.