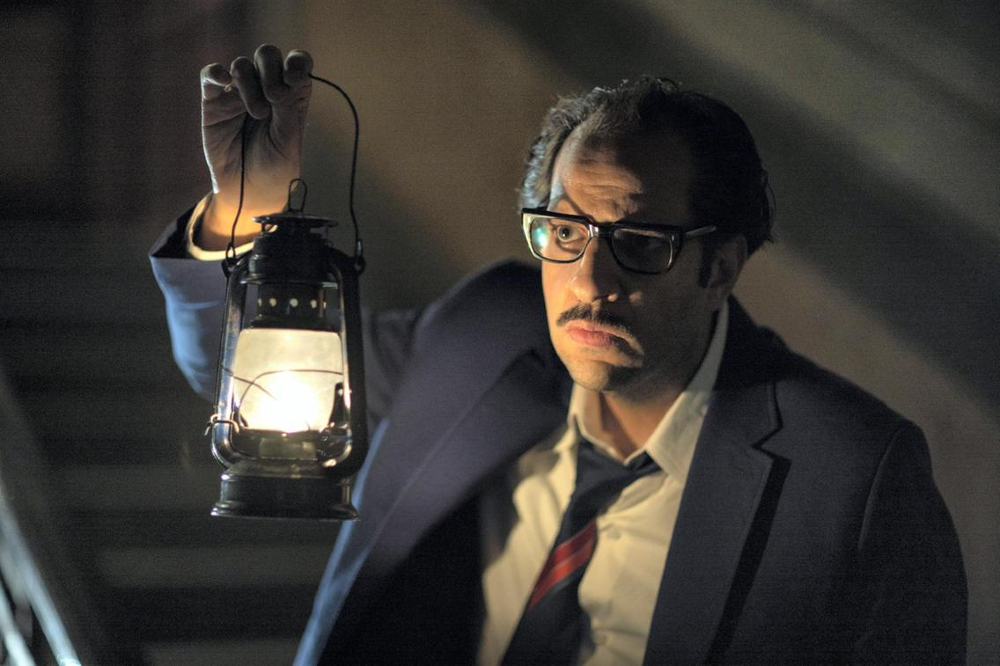 Created in Egypt by Egyptians, Netflix’s new series “Paranormal” has made history as the streaming service’s first Arabia Original series from the country, gaining the tagline, “Made in Egypt.. Watched by the World”.

Based on the novels written by the late author Dr. Ahmed Khaled Tawfik, the series follows Dr. Refaat Ismail and his colleague Maggie as they enter the paranormal world in an attempt to save their loved ones from the danger that surrounds them.

The suspenseful thriller, offered in over 32 languages in 190 countries, aired on November 5, and has since gained critical acclaim from both Egyptian and international audiences.

Now in a video (below), the show’s creators are taking audience members behind the scenes of their eerie, brilliant masterpiece.

The show’s Director of Photography (DOP) Ahmed Beshary explained that creators wanted to stray from the traditional style of shooting suspense and thriller, as the genre is relatively new to the Arab region. This gave the series a unique color palette.

The series’ team carefully chose locations to film in order to emulate authenticity. They were tasked with finding locations that could portray Egyptian lifestyle over three separate areas, so each location, from the countryside to Cairo, was meticulously hand-picked.

Production designer Ali Hossam described the imaginative process: “The series revolves around Paranormal events and takes place in the 60s. And so finding a readily available location that we liked was a near-impossible task. We either had to design it from scratch or remodel and redesign the location to fit the story.”

The series takes place in the 1910s, 40s, and 60s. Therefore, not only locations, but costumes had to be carefully considered by designers.

The costumes also reflected character personalities as well as locations. For example, the character Howaida wears pastel colors throughout the season that expressed her innocent and naive character.

As for Maggie, a Scottish scientist, designers dressed her in darker colors to amplify her academic and classy appearance.

The series hosts a number of mythical creatures in its first season, all of which were carefully designed and brought to life by the show’s special effects team.

Islam Alex & Donia Sedky, on the SFX team said that the character Shiraz took several months to reach its final look and three hours of makeup application before each shoot. The Incubus character took five months to complete.

Stunts are usually the most worrisome part of filmmaking, and Paranormal is chock-full of them.

Each stunt was at first impossible to imagine and execute, Amr Salama comments: “We used techniques and smart tricks for the first time in Egypt during the shoot, which the stunt team applied in other jobs following their success in Paranormal”.

The fire scene, one of the most powerful scenes in the first season, was very dangerous to shoot. Filming it inside the dungeon was off the table, so the production designer created a replica dungeon with a secret escape door so the actress in the scene could exit at any time.

The music of Paranormal needed to complement all the major themes within the show, including family bonds, anticipation, and loss.

Khaled Al Kammar, Music Composer, said, “The music was meant to create a whole universe behind the visuals, think of it as Paranormal’s musical universe. We also wanted to deal with the stories as dramatic, personal, emotional stories, rather than spooky stories. That’s why the generic feel of the music is emotional rather than scary,”.

Video: The wait is almost over, Egyptian 'Paranormal' series launches on Netflix Thursday