JERUSALEM (AP) — Vandals slashed the tires of over 160 vehicles and sprayed slogans such as “Arabs=enemies” in a Palestinian neighborhood of Israeli-annexed east Jerusalem, Israeli police said Monday. Elsewhere, Palestinian residents of the volatile West Bank city of Hebron staged a general strike to protest the construction of a new Jewish settlement there.

Masked suspects operated under the cover of darkness to vandalize the cars in east Jerusalem’s Shuafat neighborhood and spray-painted Hebrew graffiti on a nearby wall, police spokesman Micky Rosenfeld said. He said the authorities were treating the incident as criminal with “nationalistic motives.”

Jerusalem Mayor Moshe Lion condemned the “hate crime” and called upon the police “to find the criminals as fast as possible and bring them to justice.”

The graffiti included the phrases “When Jews are stabbed, we aren’t silent,” and “There is no place in the land for enemies.”

Hard-line nationalist Israelis have been known to execute so-called “price tag” attacks against Palestinians in response to Palestinian militant attacks or perceived efforts by Israeli authorities to limit settlement expansion.

It was unclear what motivated Monday’s incident.

In Hebron, the West Bank’s largest city, Palestinian shops, schools and businesses were shuttered for the one-day strike. Some youngsters hurled stones at Israeli military patrols, and soldiers fired tear gas and rubber bullets to disperse the crowds.

Israel’s new defense minister, Naftali Bennett, presented his plan for a new settlement there early this month. Bennett, a longtime supporter of the West Bank settlement movement, said his plan will double the Jewish population of Hebron.

Hebron is frequent flashpoint of violence. Hundreds of hard-line Jewish settlers guarded by thousands of soldiers live in the heart of the city, which has a population of over 200,000 Palestinians.

Palestinian Mayor Tayseer Abu Sneineh said the city has formed a legal team to challenge the decision in Israeli courts.

Israel captured the West Bank and east Jerusalem in the 1967 Mideast war and quickly began settling the newly conquered territory.

Over the past five decades, Israel, citing security needs, has established a military bureaucracy in the West Bank that enforces movement restrictions on Palestinians through a complex permit system. Some 600,000 Israelis now live in settlements in the West Bank and east Jerusalem.

The U.S. announced a new American doctrine last month that does not consider Israeli settlements a violation of international law. It was the latest in a string of diplomatic gifts by the Trump administration to Israeli Prime Minister Benjamin Netanyahu.

Image: Israeli troops take their position during clashes with Palestinian demonstrators during a protest over Israeli settlement activity on Monday, Dec. 9, 2019, in the West Bank city of Hebron (AP Photo/Majdi Mohammed) 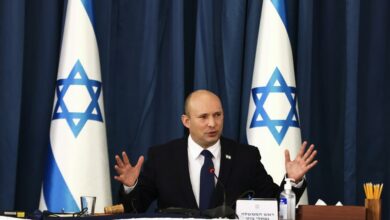 Israel PM: Lebanon responsible for attacks, Hezbollah or not 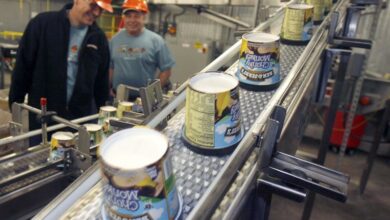