Last week, Egypt announced that it had successfully manufactured its first million doses of a COVID-19 vaccine.

It’s an important step for Egypt’s 104 million people, of whom only about one percent are fully vaccinated. But it could also be seen as progress toward the country’s foreign policy goals, as vaccine diplomacy gathers pace in the Middle East.

Vaccine diplomacy refers to the use of COVID-19 jabs to advance countries’ international interests. The term has probably been used most frequently in reference to attempts by Russia and China to win friends and influence people in parts of the world where the vaccine rollout has been slower.

“[China and Russia] have used high-profile vaccine supply and licensing deals with various Middle Eastern and North African states to gain ground in the region. It is clear that their vaccine supply to the region has political as well as commercial goals,” Yasmina Abouzzohour, a fellow at the Brookings Doha Center, told DW.

As Middle Eastern nations start to manufacture vaccines for themselves, Abouzzohour said, “vaccine diplomacy is also taking on a regional dimension.”

Over the past few days, the UAE, where about 82 percent of the population is vaccinated, Turkey (36 percent), Algeria (three percent) and Saudi Arabia (30 percent) have donated, or announced plans to donate, a total of about 1.75 million doses of vaccines they already had to Tunisia, which is currently struggling with a devastating surge in infections. 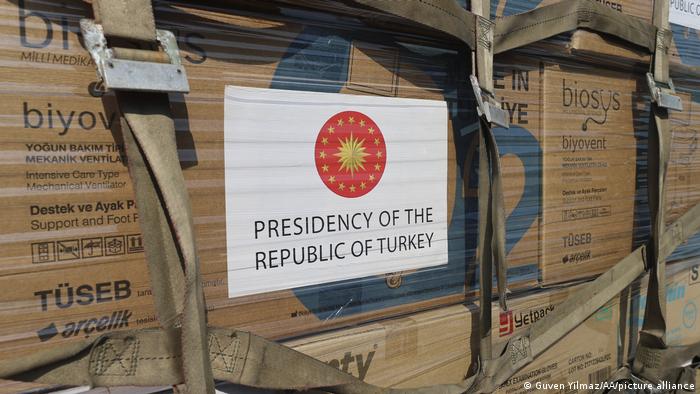 “These donations will promote the diplomatic goals of Abu Dhabi, Ankara, Algiers and Riyadh,” Abouzzohour said.

Vaccine diplomacy could also be used to advance longer-term foreign policy goals in the Middle East and Africa.

The cooperation between Egypt’s state-run vaccine maker, Vacsera, and China’s Sinovac, could produce 80 million shots and vaccinate 40 percent of the population by the end of this year. However, domestic production will also help Egypt become a vaccine hub for the African continent, Vacsera head Heba Wali told media.

More vaccines are needed in Africa. Figures released in July suggest that fewer than two percent of the 1.3 billion people across the continent have had a jab.

It’s possible that Egypt could use the promise of vaccines to undersupplied African nations in exchange for support on one of Egypt’s most important and difficult foreign policy issues.

Egypt is heavily dependent on fresh water from the Nile river, which runs through nine other African nations. The Arab country has been busy signing agreements on military and economic development with various African nations over recent months and it has all happened against the background of Egyptian fears about Ethiopian plans to dam the Nile. Vaccines could give Egypt yet another chance to push its agenda on the Nile issue. 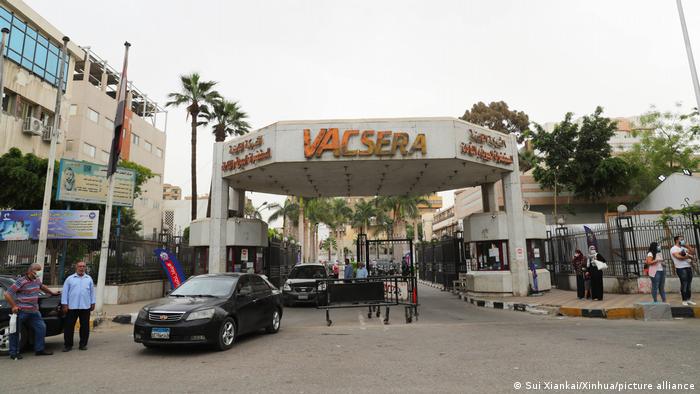 Egypt is not the only country in the region that might have ulterior motives when it comes to handing out vaccines.

Morocco has also announced plans to begin producing its own vaccine, investing about $500 million (€420 million) into partnerships with Sinopharm and the Swedish business Recipharm. About a third of Morocco’s 37 million inhabitants have received at least one dose of a COVID-19 vaccine. But the new production possibilities would also eventually allow Morocco to supply its neighbors in Africa.

Economists say this could be a way for Morocco to earn more income from medical exports. But it would support the kingdom’s foreign policy ambitions, too. 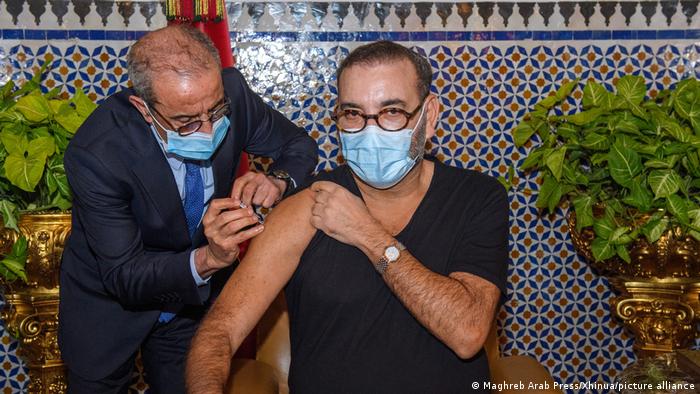 “Morocco would bolster its image as a major African player and could strengthen ties with sub-Saharan African states, both goals it has fervently pursued since 2016,” Abouzzohour said.

It could also help the country’s long-running campaign around one of its most cherished foreign policy goals: having more members of the African Union recognize its sovereignty over disputed territory of the Western Sahara.

Regional rivalries may also play a part in the UAE’s vaccine-making ambitions. Abu Dhabi-based tech company, G42, teamed with up with China’s Sinopharm to start producing its own vaccine, called Hayat, or “life” in Arabic. In May, the UAE became the first Arab country to make its own COVID-19 vaccine.

The UAE’s success with vaccines has had a positive economic impact. High rates of vaccination have drawn foreigners, who left in droves at the start of the pandemic, back to the Gulf states to work or holiday. It also offers the UAE an opportunity to diversify its industry away from oil production, the government has said.

But producing the vaccines also has a distinct foreign policy dimension. 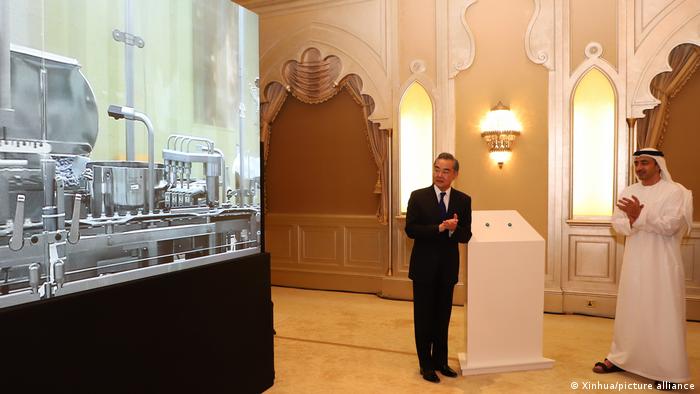 “China’s vaccine diplomacy in the UAE should not be seen as a one-way street,” Sophie Zinser, a fellow at Chatham House who focuses on China’s role in the Middle East, wrote in a March editorial in the South China Morning Post. “It is symbiotic with the Emirates’ long-term strategy to develop manufacturing and bolster political capital,” she said. “Its donation choices will have political ramifications across the region.”

In April, the UAE said it might help build a vaccine-production plant in Indonesia, the world’s largest Muslim-majority country, where it has been doing multibillion-dollar development deals for several years now.

This week, the UAE agreed to help Serbia establish vaccine production facilities. The Emiratis have been some of the biggest investors in the Balkan nation for over a decade now.

In supporting Serbia, “the UAE gains a foothold in a region at the crossroads between the EU and the Middle East and has an opportunity to keep an eye on its rival Turkey, which is also active in the Balkans,” the Washington-based Middle East Institute explained in a report published last week.

None of this will matter if people in Africa or the Middle East don’t want to be vaccinated with what is being produced, said Eckart Woertz, the director of the Hamburg-based GIGA Institute for Middle East Studies.

“There is a lot of need for vaccines, and these countries want to position themselves in a certain way,” Woertz said. “But I believe it will come down to how popular the vaccines they are making actually are.”

Some questions remain about the efficacy of the Chinese and Russian vaccines, he said. Next year, EU and US manufacturers might also be donating more vaccines to nations in need. “By 2022, you might have the situation in developing countries, where if they have a choice between different vaccines, they might not choose the vaccines of Chinese or Russian origin,” Woertz cautioned.