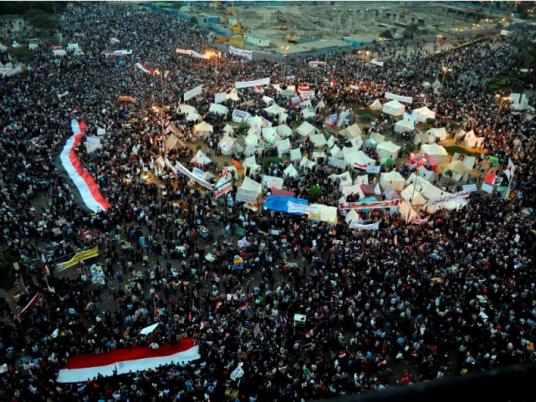 WASHINGTON — Democracy around the world was in decline in 2012 for the seventh year in a row as the Arab Spring led nervous autocratic leaders to clamp down on any stirrings of dissent, a study said Wednesday.

The annual report by the Freedom House NGO found that 90 countries now enjoyed full freedom, up from 87 nations in 2011, but said 27 places saw new restrictions on rights of assembly, expression and the media.

There "is a critical need for leadership from the United States and other democracies," the Freedom in the World 2013 report said, arguing in favor of a greater US engagement with civil society in oppressed nations.

Some 3 billion people, or 43 percent of the global population, enjoyed full political rights and civil liberties, while 1.6 billion resided in partly free countries, where there is only limited respect for freedoms in place.

Some 34 percent of the world's population, or 2.3 billion people, however, lived in countries deemed to be not free.

Russia and Iran, which stepped up its repression of journalists and bloggers, and Venezuela — where President Hugo Chavez was re-elected against a backdrop of a "badly skewed" electoral playing field — were singled out by the report.

"They are flexible, they distort and abuse the legal framework, they are adept at the techniques of modern propaganda," he added in a statement. "But especially since the Arab Spring, they are nervous, which accounts for their intensified persecution of popular movements for change."

Authoritarian regimes moved to weaken "the elements of democratic governance that pose the most serious threats to repressive and corrupt rule: independent civil society groups, a free press and the rule of law," the report said.

There were some successes for democracy, with the most dramatic improvements since 2008 seen in Libya, Tunisia and Myanmar. Egypt, Zimbabwe, Moldova and Ivory Coast were also among those countries where repressive restrictions were eased.

But Mali, where rebel soldiers ousted the elected government last year, topped the list of nations in which the most freedoms were lost, suffering "one of the greatest single-year declines in the history of Freedom in the World," said the report, which has been drawn up annually since 1972.

"Nigeria, another country plagued by Islamist militants, suffered a less dramatic decline, as did the Central African Republic, which at year's end risked being conquered by a rebel group," the report said.

The most serious declines in freedom in the Asia-Pacific region were seen in the Maldives, where the democratically elected president was forcibly removed, and Sri Lanka, marred by corruption.

And China's communist leaders continued to operated "the world's most complex and sophisticated apparatus for political control."

The report also warned that since the re-election of Vladimir Putin as the president of Russia, the country has "ushered in a new period of accelerated repression."

"Putin has moved in a calculated way to stifle independent political and civic activity, pushing through a series of laws meant to restrict public protest, limit the work of NGOs and inhibit free expression on the Internet.

"With Russia setting the tone, Eurasia (consisting of the countries of the former Soviet Union, minus the Baltic states) now rivals the Middle East as one of the most repressive areas on the globe," the report said.

Freedom House also took aim at the administration of US President Barack Obama, saying it had "failed to offer a credible response" after Moscow kicked out the US Agency for International Development late last year.

"The administration has built an uneven record on support for freedom to date. There have been some positive initiatives, but there have also been occasions when the United States stood by while those who put their lives on the line for political change were crushed, as with Iran in 2009," it charged.