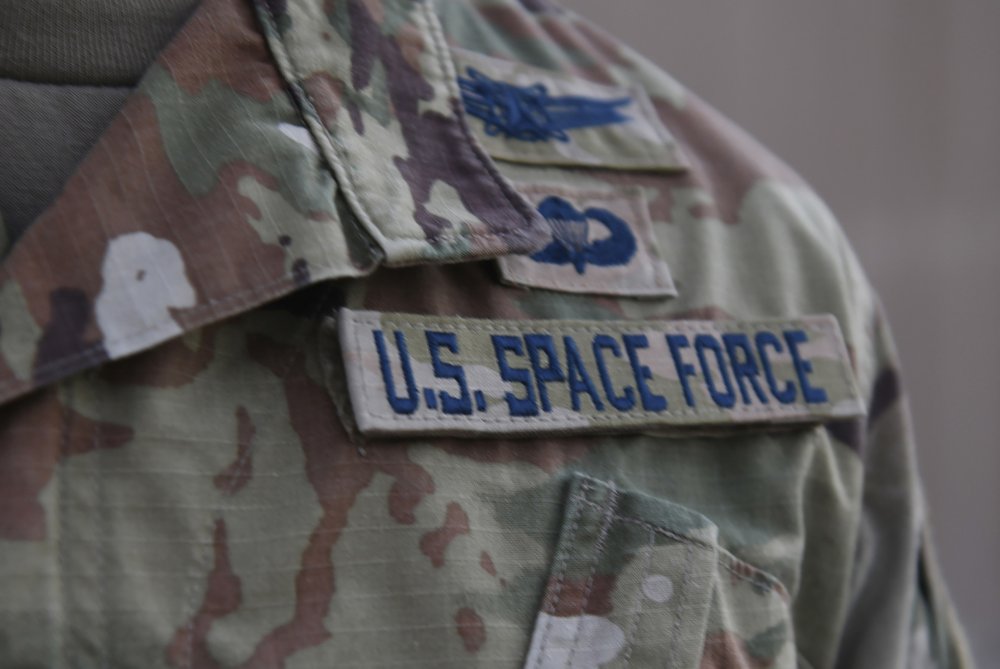 Space Force now has a squadron of 20 airmen stationed at Qatar’s Al-Udeid Air Base in its first foreign deployment. The force, pushed by President Donald Trump, represents the sixth branch of the US military and the first new military service since the creation of the Air Force in 1947.

It has provoked skepticism in Congress, satire on Netflix, and, with its uncannily similar logo, “Star Trek” jokes about intergalactic battles.

Future wars may be waged in outer space, but the Arabian Desert already saw what military experts dub the world’s first “space war” — the 1991 Desert Storm operation to drive Iraqi forces from Kuwait. Today, the US faces new threats in the region from Iran’s missile program and efforts to jam, hack and blind satellites.

“We’re starting to see other nations that are extremely aggressive in preparing to extend conflict into space,” Col. Todd Benson, director of Space Force troops at Al-Udeid, told The Associated Press. “We have to be able to compete and defend and protect all of our national interests.”

“The missions are not new and the people are not necessarily new,” Benson said.

That troubles some American lawmakers who view the branch, with its projected force of 16,000 troops and 2021 budget of US$15.4 billion, as a vanity project for Trump ahead of the November presidential election.

Concerns over the weaponization of outer space are decades old. But as space becomes increasingly contested, military experts have cited the need for a space corps devoted to defending American interests.

Threats from global competitors have grown since the Persian Gulf War in 1991, when the US military first relied on GPS coordinates to tell troops where they were in the desert as they pushed Iraqi dictator Saddam Hussein’s forces out of Kuwait.

Benson declined to name the “aggressive” nations his airmen will monitor and potentially combat. But the decision to deploy Space Force personnel at Al-Udeid follows months of escalating tensions between the US and Iran.

Hostilities between the two countries, ignited by Trump’s unilateral withdrawal of the US from Iran’s nuclear accord, came to a head in January when US forces killed a top Iranian general. Iran responded by launching ballistic missiles at American soldiers in Iraq.

This spring, Iran’s paramilitary Revolutionary Guard launched its first satellite into space, revealing what experts describe as a secret military space program. The Trump administration has imposed sanctions on Iran’s space agency, accusing it of developing ballistic missiles under the cover of a civilian program to set satellites into orbit.

World powers with more advanced space programs, like Russia and China, have made more threatening progress, US officials contend. Last month, Defense Secretary Mark Esper warned that Russia and China were developing weapons that could knock out US satellites, potentially scattering dangerous debris across space and paralyzing cell phones and weather forecasts, as well as American drones, fighter jets, aircraft carriers and even nuclear weapon controllers.

American troops, he added, use GPS coordinates to track ships passing through strategic Gulf passageways “to make sure they’re not running into international waters of other nations.”

The Strait of Hormuz, the narrow mouth of the Persian Gulf through which 20 percent of the world’s oil flows, has been the scene of a series of tense encounters, with Iran seizing boats it claims had entered its waters. One disrupted signal or miscalculation could touch off a confrontation.

For years, Iran has allegedly jammed satellite and radio signals to block foreign-based Farsi media outlets from broadcasting into the Islamic Republic, where radio and television stations are state-controlled.

The US Federal Aviation Administration has warned that commercial aircraft cruising over the Persian Gulf could experience interference and communications jamming from Iran. Ships in the region have also reported “spoofed” communications from unknown entities falsely claiming to be US or coalition warships, according to American authorities.

“It’s not that hard to do, but we’ve seen Iran and other countries become pretty darn efficient at doing it on a big scale,” said Brian Weeden, an Air Force veteran and director of program planning at the Secure World Foundation, which promotes peaceful uses of outer space. “There’s a concern Iran could interfere with military broadband communications.”

Responding to questions from the AP, Alireza Miryousefi, a spokesman at Iran’s mission to the United Nations, said “Iran will not tolerate interference in our affairs, and in accordance with international law, will respond to any attacks against our sovereignty.” He added that Iran has faced numerous cyber attacks from the US and Israel.

Failing an international agreement that bars conventional arms, like ballistic missiles, from shooting down space assets, the domain will only become more militarized, said Daryl Kimball, the executive director of the Washington-based Arms Control Association. Russia and China have already created space force units and the Revolutionary Guard’s sudden interest in satellite launches has heightened US concerns.

“The US military would like to see a peaceful space,” Benson, the director of Space Force troops stationed in Qatar, said. “Other folks’ behavior is kind of driving us to this point.”

In this photo released by the US Air Force, Capt. Ryan Vickers stands for a photo to display his new service tapes after taking his oath of office to transfer from the US Air Force to the US Space Force at Al-Udeid Air Base, Qatar, Tuesday, September 1, 2020. Space Force, the first new US military service since the creation of the Air Force in 1947, now has some 20 members stationed at Qatar’s Al-Udeid Air Base in its first foreign deployment. (Staff Sgt. Kayla White/US Air Force via AP)

US sends troops, armored vehicles to Syria to counter Russia