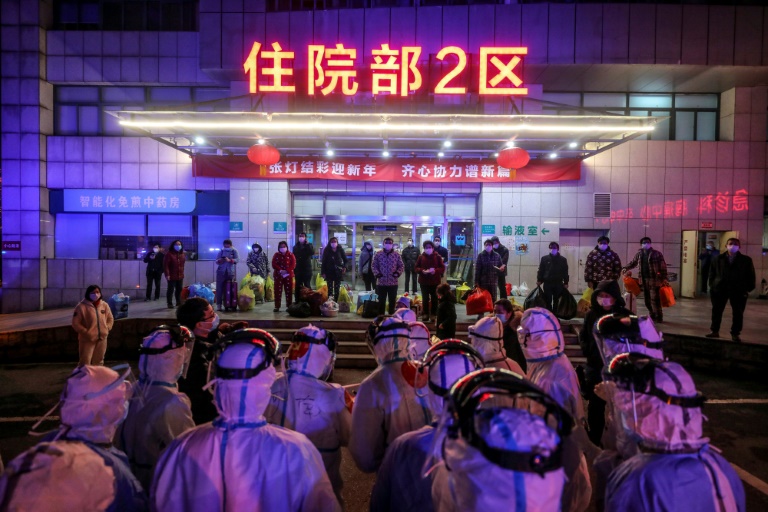 The US Federal Reserve on Tuesday led the global charge in response to the growing economic risk posed by the new coronavirus, announcing an emergency interest rate cut after the UN health agency said the world has entered “uncharted territory.”

But the Fed’s stimulus, which came hours after the Group of Seven finance ministers and central bankers pledged to take action using “all appropriate policy tools,” wasn’t enough to prevent Wall Street stocks from tumbling as the virus continued its global spread.

The death toll in the United States rose to nine, many linked to a nursing home in the Seattle suburbs, while the overall number of infections shot past 100 including cases on both coasts and the Midwest.

More than 90,000 people have been infected and 3,100 killed since the first cases were identified in China’s Hubei province late last year.

The vast majority of cases have been in China, but South Korea, Italy and Iran have also emerged as hotspots. The virus has also spread into Latin America and Africa, raising fears it could become established in conflict-hit countries with weak health infrastructure.

The World Bank unveiled a $12 billion aid package on Tuesday to help the world’s poorest nations with medical equipment or health services.

Global bourses have seen dramatic swings over the past week as concerns mount that the outbreak could threaten global growth and drive some countries in to a recession.

In a unanimous decision, the Fed’s policy-setting committee slashed its key interest rate by a half point to a range of 1.0-1.25 percent — the first between-meeting cut since the height of the global 2008 financial crisis.

“My colleagues and I took this action to help the US economy keep strong in the face of new risks to the economic outlook,” Fed Chair Jerome Powell told reporters.

But the immediate impact seemed the opposite of what was intended: Investors fled to safe assets, sending the 10-year Treasury yield to its lowest ever return while stocks lost most of the ground recovered Monday.

Financial jitters followed a dire warning from the World Health Organization’s chief Tedros Adhanom Ghebreyesus, who said on Monday: “We are in uncharted territory.”

He added that “we have never before seen a respiratory pathogen that is capable of community transmission, but which can also be contained with the right measures.”

Countries across the world have imposed extraordinary measures in a bid to contain the virus, with millions of people across large swathes of China forced into quarantine.

Italy has also locked in entire regions, while many nations have imposed travel restrictions on visitors from badly hit countries.

Sports events, concerts and large gatherings have been canceled, including Google’s annual developer conference, one of its most important events, which was to be held in May.

The International Olympic Committee said Tuesday it was pushing ahead with plans for the Tokyo Olympics kicking off in July.

European football’s governing body likewise said the virus would not derail its championship in June and July.

In the Middle East, the United Arab Emirates announced six more coronavirus cases linked to an abandoned cycling event, saying that two Russians, two Italians, one German and a Colombian had been infected.

It has clocked a total of more than 5,100 cases, with 28 deaths. “The entire country has entered a war with the infectious disease,” South Korean President Moon Jae-in said.

By contrast, China reported 125 new cases Tuesday — its lowest daily increase in six weeks — with all but 11 infections in Hubei province, of which Wuhan is the capital.

Elsewhere in Europe, attention turned to containment, including Switzerland where all soldiers were confined to their bases after a case of the virus was discovered in their ranks.

France, which has more than 200 cases and four deaths, closed dozens of schools on Tuesday in several virus-stricken regions.

President Emmanuel Macron said authorities would requisition all face mask stocks and production in the coming months in response to the outbreak, after 2,000 masks were stolen from a hospital.

The WHO also issued a warning Tuesday that supplies of protective gear to fight the virus were “rapidly depleting” around the world.

It also said a lack of these supplies was complicating efforts at controlling the outbreak in Iran, where the virus was now “well-established.” The Middle Eastern country has had 77 deaths, the second highest after China.

Image: AFP / STR More than 90,000 people have been infected and 3,100 killed since the first cases were identified in China’s Hubei province late last year

WHO says world in uncharted territory as US virus toll rises