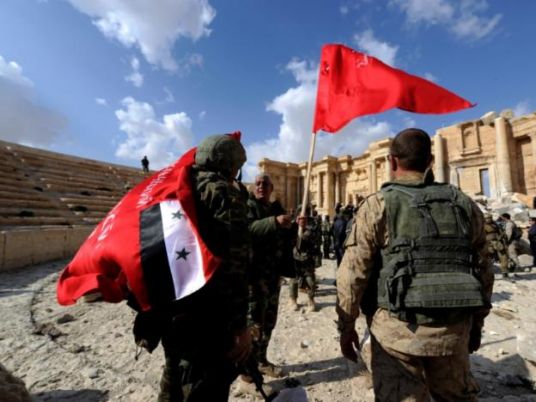 US attorneys on Monday fought a civil rights group’s quest to get a lawyer for a US citizen picked up on the Syrian battlefield for allegedly fighting with Islamic State militants.

The unidentified American, who has not been charged, surrendered to US-backed fighters around Sept. 12. He is detained as an unlawful enemy combatant in Iraq, but has not been given access to a lawyer.

“An American citizen has been locked up for nearly two months and repeatedly asserted his constitutional right to a lawyer. But the Trump administration is doing all within its power to deny him that basic protection,” said Jonathan Hafetz, a senior staff attorney with the American Civil Liberties Union in New York.

Earlier this month, the ACLU filed a petition in US District Court in Washington, D.C., challenging his detention and seeking to provide him legal counsel.

In its response filed late Monday afternoon, US attorneys argued that the ACLU is asking to represent and provide legal counsel to an individual it does not know, has never met and does not officially represent.

The government said the ACLU’s “attempt to interject itself as the advocate for an individual who came into US military custody less than seven weeks ago, was identified as an enemy combatant and is currently detained in Iraq pending a determination of his further disposition is improper, unnecessary and should be dismissed.”

The government said the International Committee of the Red Cross has visited the detainee. The Red Cross could contact his relatives, who could seek legal representation on his behalf.

The ACLU countered saying the Red Cross’ mission is not to obtain legal counsel for detainees it meets. Hafetz said there is no indication that the detainee wants and can contact relatives or whether they would be willing to risk reprisal by seeking a lawyer for him.

The ACLU and other civil rights groups have claimed the detainee has been held too long without access to counsel. But the government argued that the Supreme Court has recognized that in the case of military operations, the executive branch should be given a reasonable period of time to determine a detained individual’s status.

The Defense Department “is still within that initial reasonable period” of time, the government attorneys wrote.

Steven Dalbey, director for the Defense Department’s office of detainee policy, which receives and reviews all reports filed by the Red Cross, said the American surrendered to Syrian Democratic Forces on or around Sept. 12. Those US-backed forces turned him over to American forces that identified him as an enemy combatant and detained him in Iraq.

“This location is within an armed conflict zone with restricted civilian access based on military operational concerns, security concerns and political sensitivities of the host nation,” Dalbey said.

“As a known security risk, there is no capability to provide this detainee with an unclassified system for a video-teleconference in a private setting to discuss legal matters.”

He said the Red Cross was granted access to the detainee on Sept. 29 and Oct. 23. The Red Cross has not commented on the individual’s identity, location or conditions of his detention.

Supreme Court to set guidelines for Trump treatment of non-citizens

Yemenis, Iranians sue US State Department, ask for visas to be processed