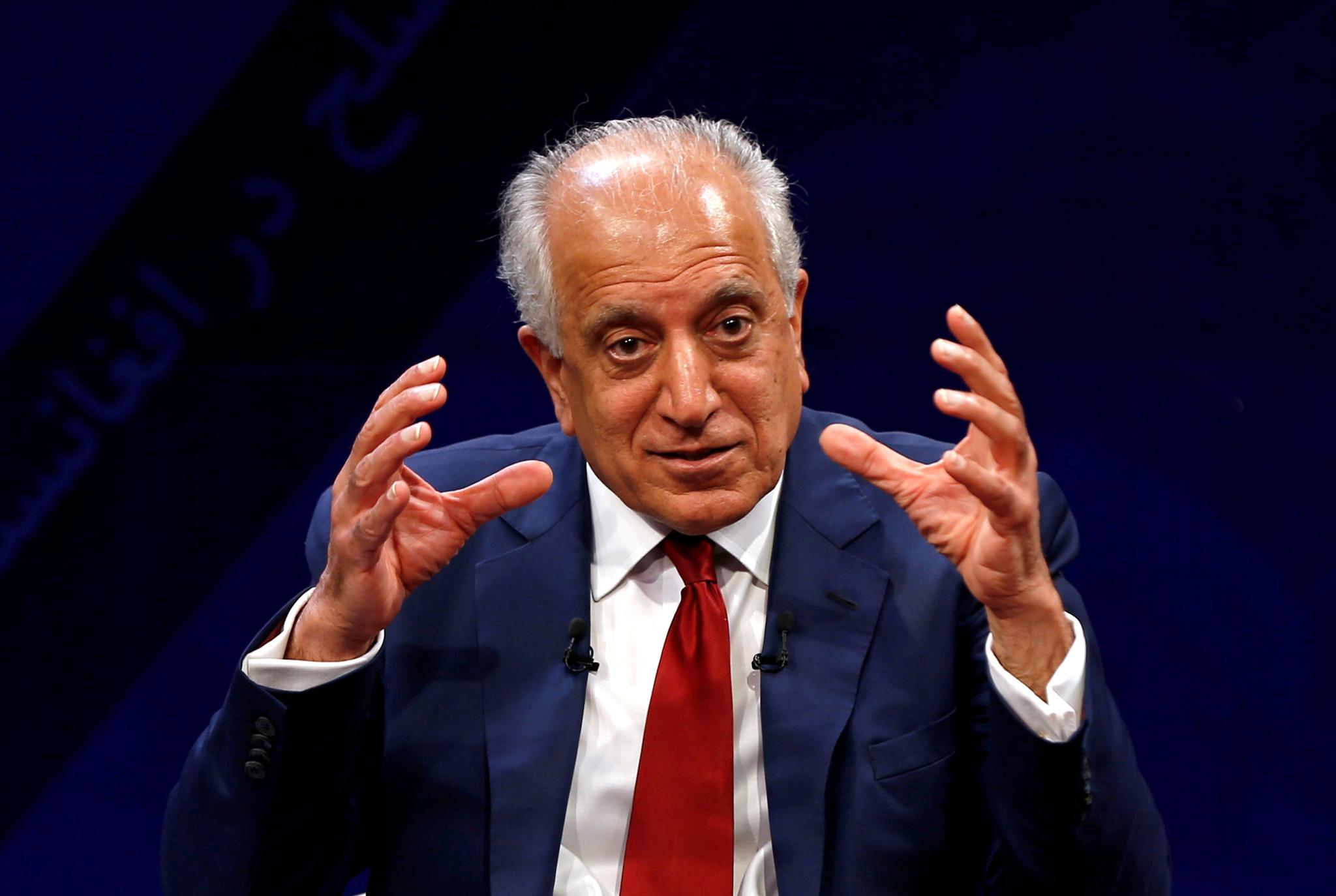 KABUL/ISLAMABAD/WASHINGTON (Reuters) – The US special envoy to Afghanistan proposed a shakeup of the stalled peace process this week, including an interim government and a conference of key players, according to diplomatic and political sources, but his plan faced immediate objections by the warring sides.

Afghan-born US diplomat Zalmay Khalilzad is on a visit to Kabul, Doha and other regional capitals, his first since US President Joe Biden’s administration began reviewing its options for the peace process and as time runs out before a May 1 US troop withdrawal deadline.

With peace negotiations in the Qatari capital making little progress and violence in Afghanistan escalating, Khalilzad is trying to build consensus around alternative options with all Afghan sides and key regional players, sources said.

“(The United States) thinks Doha isn’t working and needs impetus and an alternate approach,” said one diplomatic source who closely follows the process.

Three diplomatic sources, two sources on the teams of political leaders who met with Khalilzad and two international sources in Kabul said one of the envoy’s main proposals was an interim government arrangement, referred to as a participatory or representative government.

A former Afghan government official familiar with the matter said Khalilzad shared a document detailing the power-sharing proposal and that it revised a paper he circulated in December.

Another proposal was a meeting with a similar format to the 2001 Bonn conference, to involve representatives from a wide range of Afghan parties meeting in person while international agencies and diplomats push them to a solution.

Anti-Taliban leaders met under international auspices in the German city of Bonn after the 2001 US-led invasion ousted the insurgents from power and agreed on a provisional administration and a roadmap for forming a permanent government and writing a new constitution.

“The United States is not making any formal proposals and is continuing to review all relevant options for future force posture – and all means all,” a State Department spokesperson said on Saturday. “Ambassador Khalilzad has discussed a range of ways to move the diplomacy forward, nothing more.”

The two international sources said Khalilzad is asking the United Nations to take a lead role and call the conference.

Spokespeople for the UN mission in Afghanistan did not immediately respond to a request for comment.

Two of the sources said the conference could be held in Turkey, but a third cautioned that location might meet resistance from Western nations and other countries including Germany and Uzbekistan were being considered.

Khalilzad’s plans immediately encountered objections from both the Afghan government and the Taliban.

Ghani made a fiery speech in Afghanistan’s parliament on Saturday, repeating his refusal to step aside for an interim government. “Any institution can write a fantasy on a piece of paper and suggest a solution for Afghanistan” he said, warning any transfer of power would have to take place through elections as required by the constitution.

Two international officials in Kabul said Ghani’s fierce opposition would be a problem for the plan.

“The problem here is that Ghani can blame the United States directly … by challenging his legitimacy and considering an interim government it implies they are undermining the democratic process,” one of the officials said.

A Taliban leader in Doha who spoke on condition of anonymity said Khalilzad raised the possibility of an interim government and a conference with the insurgents’ negotiating team, as well as asking for a ceasefire or reduction in violence by 60-70%.

“Khalilzad has come with some ideas and his top agenda is the intra-Afghan dialogue to deliver some tangible results and very soon,” he said.

He said the Taliban would not join an interim government, but was not opposed to one being formed.

“We would recommend people with a good reputation for the interim government and this set up would need to work for at least two years to depoliticise all the government departments, including the security establishment,” he said.

They could consider the reduction in violence, but not a ceasefire, the Taliban leader said, and had asked Khalilzad to pressure the Afghan government to release 7,000 more Taliban prisoners.

“We don’t believe any other conference in any country would help resolve the Afghan conflict,” he said.

Zabihullah Mujahid, a Taliban spokesman, said they had not yet seen the plan, but if an alternative to talks in Qatar was sought, “it is doomed to failure.”

Two sources said Khalilzad was expected to visit Islamabad, Pakistan, a key player in the peace process, on his trip.

The envoy was the architect under President Donald Trump’s administration of a February 2020 deal between Washington and the Taliban, which envisaged the Afghan government and Taliban negotiating a peace agreement and setting a final withdrawal of foreign forces by May 1.