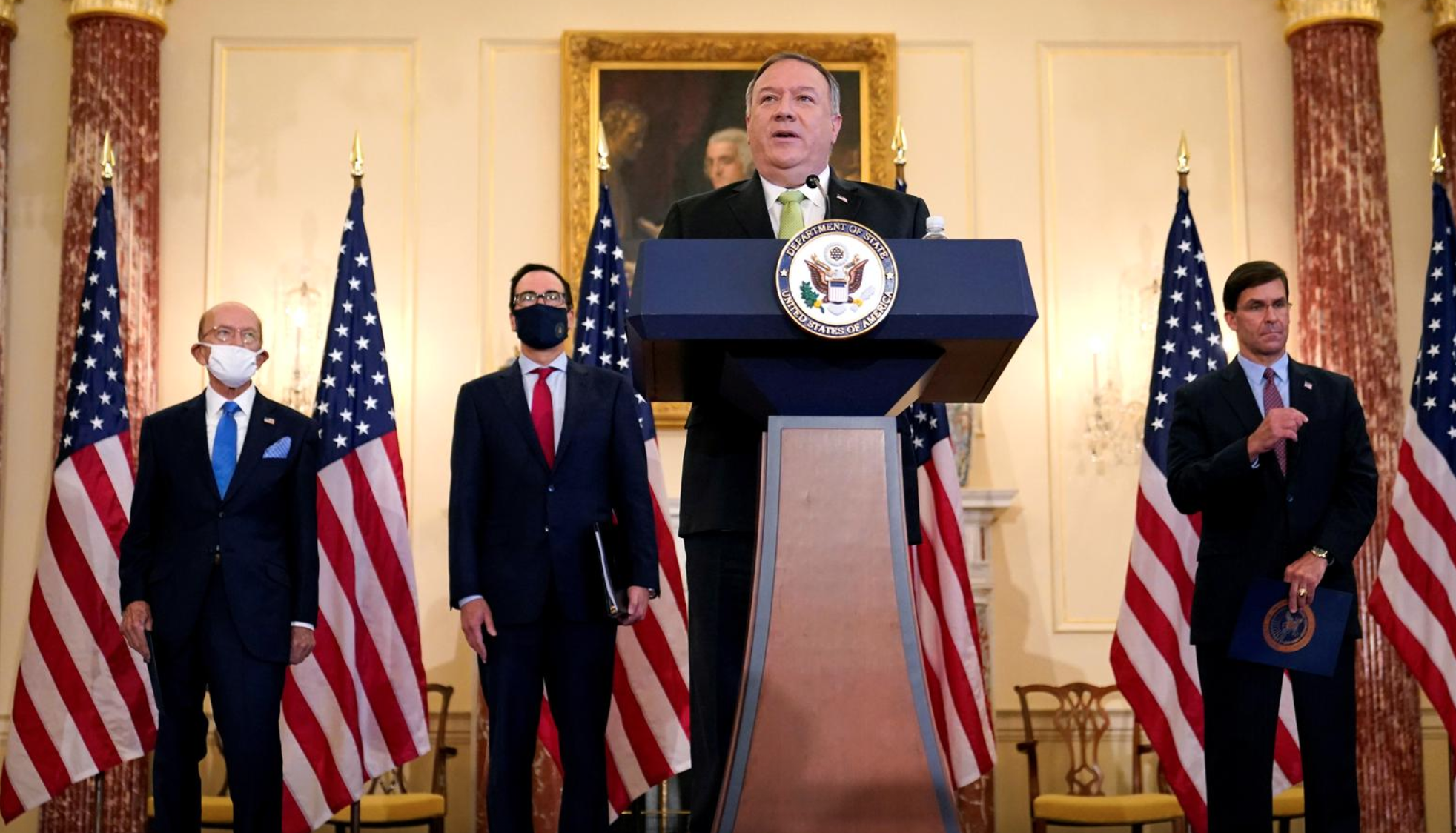 WASHINGTON (Reuters) – The United States on Tuesday designated the Bahrain-based Saraya al-Mukhtar group as a terrorist organization, accusing it of being backed by Iran and of having plotted attacks against US personnel in the Gulf Arab state.

The move, which comes amid a slew of sanctions announced by Washington as President Donald Trump’s term nears a close, designates Saraya al-Mukhtar, a marginal group operating underground, as a “Specially Designated Global Terrorist”. Most of the group’s members are in jail or in Iran.

US Secretary of State Mike Pompeo said Saraya al-Mukhtar, or Mukhtar Brigades, was designated for “posing a significant risk of committing acts of terrorism that threaten the national security and foreign policy of the United States”.

“The group has plotted attacks against US personnel in Bahrain and has offered cash rewards for the assassination of Bahraini officials,” Pompeo said in a statement.

Tuesday’s action freezes any of the group’s US assets and generally bars Americans from dealing with it.

Pompeo also accused the group of having received financial and logistical support from Iran’s Islamic Revolutionary Guard Corps (IRGC), which controls a business empire as well as elite armed and intelligence forces in Iran.

The IRGC is blacklisted by Washington.

The foreign ministry in Bahrain, which hosts the US Navy’s Fifth Fleet as a regional security bulwark against Iran, issued a statement welcoming the move as an important step “in combating malign acts and intentions of this terrorist group”.

In 2011, members of Bahrain’s Shi’ite Muslim majority staged major protests against its Sunni Muslim royal family inspired by the so-called Arab Spring of that year. The unrest was crushed with the help of Saudi Arabia and the United Arab Emirates.

Since then, militants have carried out sporadic bombing and shooting attacks against security forces that Bahrain blames on Tehran’s Shi’ite theocracy. Iran denies any involvement in Bahrain’s unrest.

A September report by the non-partisan Congressional Research Service included the Mukhtar Brigades among small underground Bahraini Shi’ite groups that the Sunni-dominated government says have been armed and advised by the IRGC as part of an effort to destabilize the country.

But, the report noted that attacks by the groups, which have mainly been aimed at security forces, “have been sporadic and appear to have waned since 2018”.

It said the US State Department international terrorism report for 2019 – the latest available – stated that there were no militant attacks in Bahrain that year.

US Embassy says Sudan no longer on list of terror sponsors