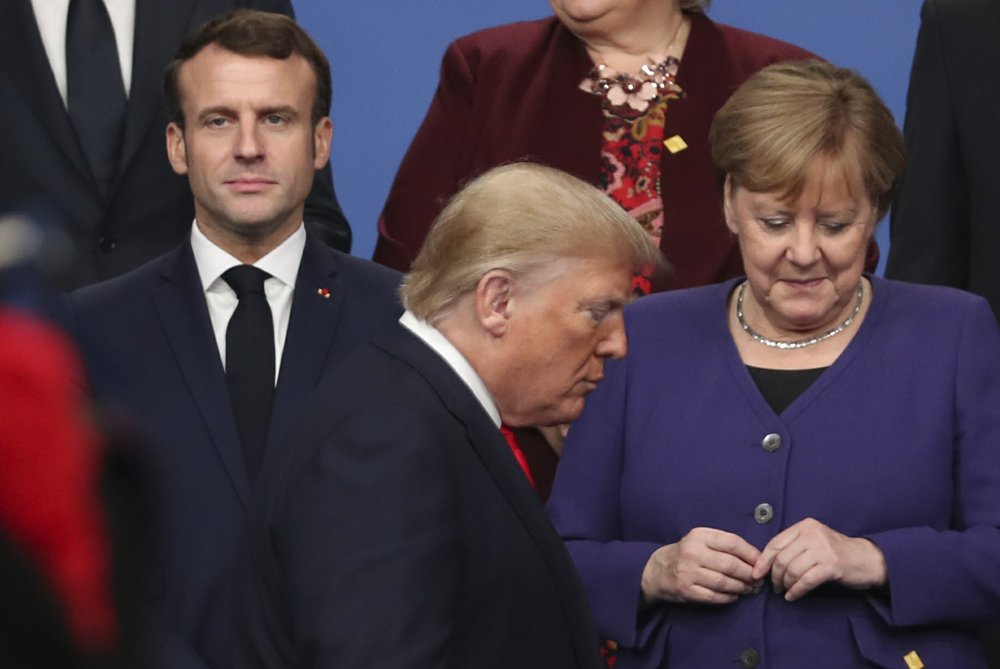 BEIJING (AP) — Antagonisms between the United States and China are rattling governments around the world, prompting a German official to warn of “Cold War 2.0” and Kenya’s president to appeal for unity to fight the coronavirus pandemic.

Global trade already was depressed by the two-year-old tariff war between the world’s two biggest economies. That rancor has spread to include Hong Kong, Chinese Muslims, spying accusations and control of the South China Sea.

Caught in the middle, other governments are trying to defend their own interests.

The Hong Kong security law’s potential disruption of the autonomy Beijing promised to the former British colony is no reason to stop talking but is “a worrying development,” Merkel said.

Europe’s biggest economy has yet to take a final position on Chinese tech giant Huawei despite US pressure to exclude its equipment from next-generation telecom networks as a possible security risk.

“China is an important partner for us but also a competitor,” Foreign Minister Heiko Maas said in a statement after a videoconference Friday with his Chinese counterpart, Wang Yi.

Peter Beyer, the government’s coordinator for trans-Atlantic cooperation, expressed alarm in an interview with the RedaktionsNetzwerk Deutschland newspaper group.

“We are experiencing the beginning of a Cold War 2.0,” Beyer said. He criticized both sides but said, “the US is our most important partner outside the EU, and that is how it will stay.”

France has not echoed Trump’s criticism of Beijing’s handling of the coronavirus, but legislators applauded Foreign Minister Jean-Yves Le Drian last week when he condemned abuses of minority Uighurs in China’s northwest.

“All these practices are unacceptable,” the minister said. “We condemn them.”

Trump’s ambivalence toward US allies and flouting of diplomatic norms has alarmed France.

“Sino-American tensions don’t benefit France,” said Valerie Niquet of the Foundation for Strategic Research, a think tank. “We share the same interests as the United States towards China, we adopt more or less the same positions, so it doesn’t bring us any positive element.”

Europe’s “strategic relations” with China will be an issue for the European Union while Germany holds the rotating presidency of the 27-nation bloc, Merkel said this month.

EU foreign ministers have not managed to agree on a common position on China.

Regarding Hong Kong, options include closer scrutiny of exports of sensitive technology to the territory and changing visa policies for its residents. But there is no talk of economic sanctions or targeting Chinese officials with penalties.

“The message is that the recent actions change the rules,” said the top EU foreign policy official, Josep Borrell. “This will require a revision of our approach and will clearly have an impact on our relations.”

South Korea is squeezed between its main military ally and its biggest trading partner.

In 2016, Beijing destroyed supermarket operator Lotte’s business in China after the conglomerate sold a plot of land in South Korea to the government for an anti-missile system over Chinese objections.

Washington is unhappy with South Korea’s desire to ease sanctions on North Korea to encourage disarmament and uneasy about its use of Huawei technology.

Trump complains about the cost of stationing 28,500 US troops in South Korea to protect against North Korean threats. A cost-sharing agreement expired in 2019 without a replacement.

The US-Chinese row “has thrown a question to South Korea” about which side to choose, the newspaper Dong-A Ilbo said in an editorial Monday.

“Sooner or later we will be forced to provide an answer, no matter how hard we tried to avoid it,” the newspaper said.

Prime Minister Narendra Modi has tried to embrace both Chinese President Xi Jinping and President Donald Trump, but the pandemic and a border clash that killed at least 20 Indian soldiers have fueled anti-Chinese sentiment.

Protesters have called for boycotts of Chinese goods and burned Chinese flags. They applauded the government’s ban on the popular Chinese video-sharing app TikTok and some other Chinese apps.

Washington wants stronger ties with India and supported its controversial move a year ago to split its only Muslim-majority state, restive Jammu and Kashmir, into two federally controlled territories. This month, White House Chief of Staff Mark Meadows said the United States would stand up to China on the Indian border dispute.

“For India it is opportune that the US is applying more pressure on China, and if it can get it to behave, that would be welcomed by the entire neighborhood,” said Jayadev Ranade, president of the Center for China Analysis think tank in New Delhi.

China-US tensions are taking a toll: The African Development Bank said last year trade disruption due to the tariff war could lead to a 2.5 percent drop in economic output for some African countries.

Kenyan President Uhuru Kenyatta said political disputes should be set aside to better fight the coronavirus.

“Let’s not be sucked back into isolationism or unilateralism. We need each other today more than ever,” Kenyatta said an Atlantic Council event last month. “We’re not going to fight coronavirus if one country fails and another succeeds.”

The 10-nation Association of Southeast Asian Nations has avoided taking steps that would alienate Washington or Beijing, both important trading partners.

“The great powers, as they escalate their rivalry, will woo us into their side,” said Harry Roque, a spokesman for Philippine President Rodrigo Duterte. “We will advance our national interest.”

The region’s most sensitive conflict — over control of the South China Sea — escalated when the Trump administration publicly rejected most of Beijing’s claims to one of the world’s busiest waterways.

“We are making clear: Beijing’s claims to offshore resources across most of the South China Sea are completely unlawful,” Secretary of State Mike Pompeo said in a July 13 statement.

The Philippines and Vietnam, among the most vocal critics of Chinese assertiveness, could benefit from that stance but will move cautiously, said Greg Poling of the Center for Strategic and International Studies in Washington.

“They aren’t going to stick their necks in a noose until they see real follow-through from Washington,” Poling said.