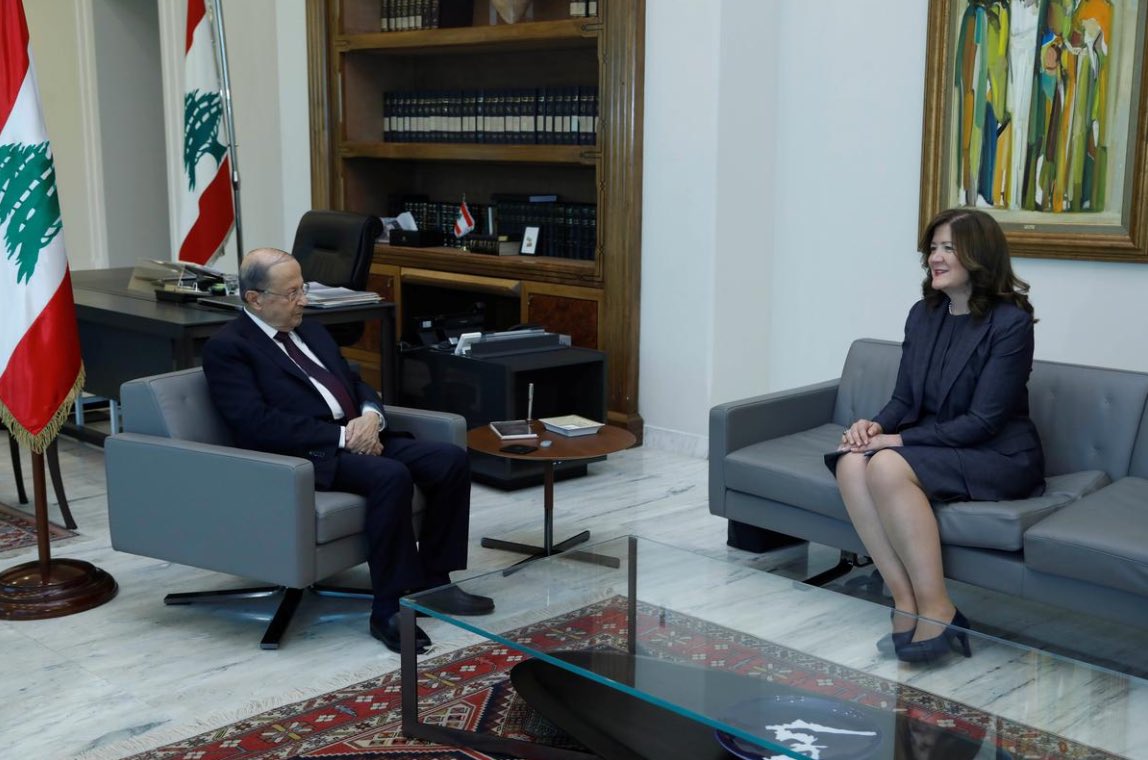 BEIRUT (Reuters) — Lebanese media broadcast interviews with the US ambassador on Sunday, ignoring a ruling by a judge who banned the diplomat from television for a year over remarks that criticized the powerful Shia movement Hezbollah.

Hezbollah is the main political force behind the Lebanese government. Washington considers the heavily armed pro-Iran movement to be a terrorist group.

In an interview with Saudi-owned AlHadath television on Friday, US ambassador Dorothy Shea said Hezbollah’s behavior was preventing Lebanon from properly dealing with a deep economic crisis.

A Shia judge in the southern city of Tyre ruled on Saturday that Shea’s comments had incited sectarian strife, and banned broadcasting interviews with her for a year. State-owned National News Agency (NAA) said media that violate the ban would be fined $200,000.

But the government has repudiated the court ruling, while criticizing Shea over the remarks that had prompted it.

Information Minister Manal Abdel Samad tweeted that while she understood the judge’s concerns about diplomats meddling in Lebanon’s internal affairs “no one had the right to prevent the media from covering news, or to curb press freedoms.”

A Lebanese government official and a Western diplomatic source both said Shea had been summoned to the foreign ministry on Sunday. No further details were given.

In one of several media appearances on Sunday, Shea told broadcaster MTV that a senior government official had assured her the court did not have the authority to order the ban, and that the government would take steps to reverse it.

She described the ruling as a “really pathetic” attempt to silence the media, and said the government should focus more on implementing economic reforms.

“I would suggest that we all try to put this chapter behind us,” she said.

Lebanon’s FM to summon US envoy over comments on Hezbollah