THESSALONIKI, Greece — The audience of the 14th Thessaloniki Documentary Festival watched on Sunday “1/2 Revolution,” a documentary by filmmakers Omar Shargawi and Karim al-Hakim about the 25 January revolution in Egypt. The Danish-Egyptian coproduction is the only Egyptian contribution in the festival.

Numerous documentaries have been made about the early days of the Egyptian revolution, so why does “1/2 Revolution” stand out? Does the film’s strength stem from the 11 eventful days the filmmakers documented during their stay in Cairo? Or was it rather the courage they, along with their families and friends, showed in the face of the unexpected events that seems to capture viewers so powerfully?

From 25 January until 5 February, Shargawi and Hakim roamed the streets of downtown Cairo, day and night, in a sincere attempt to understand what was happening by recording it. Throughout the film, they not take sides; they rather film protests and their experiences in them, without claiming to offer the whole truth.

"1/2 Revolution" tries to explore why Egyptians revolted. In doing so, Shargawi and Hakim offer a unique take on the events. The narrative is personal and the dramatic plot revolves around Hakim’s young son, while documenting the ongoing events. The filmmakers do not offer a specific visual language to guide viewers throughout the film, apart from the careful use of footage they filmed spontaneously over the 11 days before they left the country with the rise of xenophobia after the Battle of the Camel. Both filmmakers have dual citizenship and felt they were being watched by state security forces.

Shargawi and Hakim do offer some hints, though. The son seems to act as a dramatic equivalent to the idea that Hakim, his Palestinian wife and their friends, in the face of this huge event, have all become like children who need someone to help them understand the reality of what is happening, somewhat explaining the drive for making the movie. At the same time, this child is like millions of other Egyptian children who await a better future.

The filmmakers constructed their film from footage shot spontaneously — rather than relying on a specific order of events — and filmed using a shaky handheld camera. These qualities draw some analogies to the conditions in Egypt at the time. They did not use voiceover to “explain” or “reveal” reality, and only use some annotations to highlight dates, places, and characters to guide viewers through the events. The rough nature of the film that refrained from using dramatic transition effects and kept the footage raw without color correction or image enhancement techniques seems strongly influenced by the movie “The Blair Witch Project.”

All the footage in "1/2 Revolution" was shot by the duo. They didn't use famous archival material that has been repeatedly seen in revolution-themed films like the speeches of ousted President Hosni Mubarak, the scenes from the famous Battle of the Camel and the footage of protesters being hosed down on Qasr al-Nil Bridge. Thus the film shows how the filmmakers witnessed and experienced the events, their feelings and thoughts at different points in time, rather than presenting a comprehensive document on the revolution.

This subjectivity is clear throughout, offering an intimate experience and take on the events, making its way from the private to the public without undermining the former or celebrating the later. When they wanted to refer to Mubarak’s speeches, they used footage shot using their computer screens. The poor quality of the footage used seems intentional to reflect the inevitable demise of the regime, with Mubarak as its head figure, particularly after the 1 February speech that led to the infamous Battle of the Camel.

There is no soundtrack for "1/2 Revolution." The film features natural sounds, especially the chants and the echoes of the gunshot. The filmmakers also maintained the spontaneity of the language and movements of characters who did not know that they were part of a documentary.

But what's most interesting about the screenplay that was written after filming is how a dramatic line was created and focused upon the group of friends who sense they are being watched and might be attacked, and hence decide to leave. This intense plot strongly coincides with the progression of the events of the revolution.

The filmmakers maintain a sense of uncertainty about the future throughout the film, although the film was written and edited after Mubarak stepped down. The film provokes fear and concern for the safety of the characters, even though the audience knows that Mubarak eventually stepped down and the filmmakers safely left the country.

One half of a revolution?

The film's title is meant to reflect the uncertainty that the characters lived through, rather than highlighting that the filmmakers had to leave half-way through the 18-day uprising. At the end of the film, text appears reading that military rule was extended, and its grip over the country’s wealth continues, while demonstrations and clashes between the police and military and protesters persist.

The directors are asserting through the title of the film that what happened is only really half of a revolution. For the revolution to be completed, military rule must be replaced by an elected civilian president, and the masses should get their political and social rights without the need for demonstrations and sit-ins. 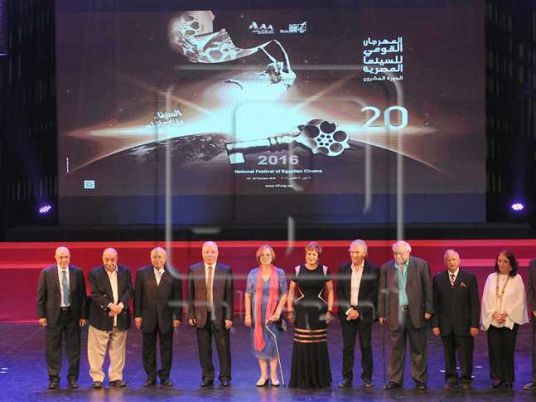 Zawya brings a plethora of documentaries to Egyptian audience